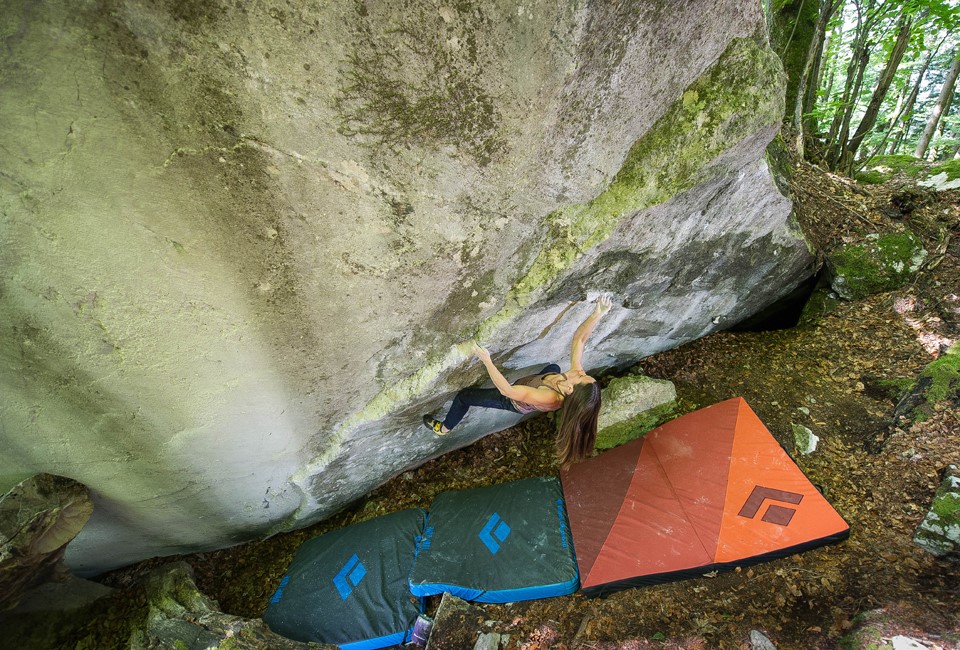 Black Diamond report that their athlete Kaddi has trained for Kryptos for a year. She first saw Kryptos in March 2017. “When I first tried it, I couldn't do much on it - just hold some positions and most of the moves felt impossible”. But this first impression didn’t scare her away: “At the end of 2017 I had the idea of seeing this boulder as the ultimate goal with all other climbs like small steps towards that goal.  And I thought: if not now then maybe never”.

Kaddi’s hard training, dedication and motivation turned into a tough routine, working on all the tiny holes and intense body tension demanded. “I knew in May I wouldn’t have much time. Since it was so warm already, I drove to the area after work late in the evening. I only arrived at midnight. Slept there, got up at 6am, had coffee and some breakfast, cycled or walked up to the boulder, tried some moves, cycled down to the car, drove back and went straight to work. It was hard to get up so early and try hard. People who know me, know that I am not really an early morning person. But all that effort was worth it. I thought even if it didn't work out, I had a nice time outside. And then on the 14th of May I was able to top out this boulder”.

Kryptos was originally done by Franz Widmer in 2009 and was repeated by boulder legend and fellow BD Ambassador Fred Nicole in the same year.

Keep in touch with BD athletes via their FB page here…