A record number, said to be over 100+, summited K2 in a day on July 22 prompting Kenton Cool to tweet; “The game has changed.” 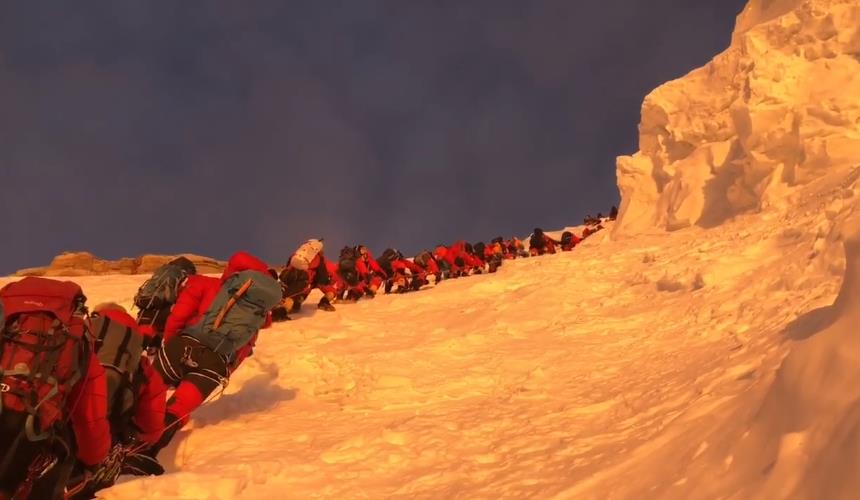 Kenton Cool, having summited K2 in late July 2021, was amongst numerous high-profile climbers to comment that the record numbers of climbers summiting K2 this season represented a significant change in the way expeditions active on K2 are operating this year.

Estimates are still being revised but it has been reported that well over 100 climbers summited K2 in a record-breaking day on July 22nd. Renowned Himalayan climber/commentator, Alan Arnette reported on his blog that the total number of successful ascents is actually closer to 200.

Stepping back a few days to July 20th, strong winds were raking K2 preventing the rope teams from fixing the rope up to the summit.  By July 21st, the fixing team had successfully established the rope to the summit of K2 and the first team – said to be from Madison Mountaineering – were able to summit. Reports at that stage were that over 100+ climbers were in the lower camps making their final preparation for their summit push the following day.

On July 22nd Alan Arnette headlined his K2 coverage saying “K2 Summit Sonic Boom!” His report detailed that over 118 summits had occurred and more were waiting. The latest reports are that the number has now reached nearly 200 climbers to summit!

Renowned for being one of the most dangerous 8000’ers, the so-called Savage Mountain holds a sobering fatality record - a total of 91 climbers having perished on K2 up until 2021. Viewed against such a background, the nearly 200 summits this week is both a remarkable and unpresented success story on such a mountain.

So what has changed to facilitate this change in fortune and level of success? Alan Arnette seemingly has the answer; the ratio of supporting climbers to clients. Arnette reports that 42 client climbers who summited on July 22 were supported by an astonishing number of 73 Sherpa or Pakistani support climbers; a 1 to 1.74 ratio. “The Everest model is now officially on K2” Arnette concluded.

With unpresented numbers of climbers active on K2 queues were inevitable; both during the ascent and descent. Renowned Nepali guide and expedition operator, @mingma.g, posted video footage on his Instagram page showing a slow-moving queue of climbers in the infamous Bottleneck area on the high slopes up to the summit. Recognised as one of the most dangerous sections of the already dangerous mountain, a queue on this section is the very last thing that anyone wants. ExplorersWeb reports that Madison Mountaineering fixed an additional 200m of rope as their team were descending the traverse and Bottleneck to ease the pressure on this critical area of the mountain.

The excellent conditions which undoubtedly helped the record number of climbers summit were forecast to deteriorate; this will force other teams still working their way up the mountain – including those attempting a no-O2 ascent – to monitor the situation very carefully.

Sadly, it is known that three climbers have died on K2 during this period. Firstly, Ali Akber Sakai of Afghanistan, was reported to have died earlier in the week and now the Himalayan Times are reporting that the bodies of a Canadian climber Richard Cartier and a second climber in that three-man group, Matthew Eakin of Australia, have both been found low on the mountain. The reasons for their deaths is not currently known but all are understood to have been returning to lower camps having undertaken acclimatisation climbs.