Joe Brown has passed away

The very sad news emerging from North Wales is that Joe Brown, a colossus of the modern climbing era, died late yesterday aged 89. 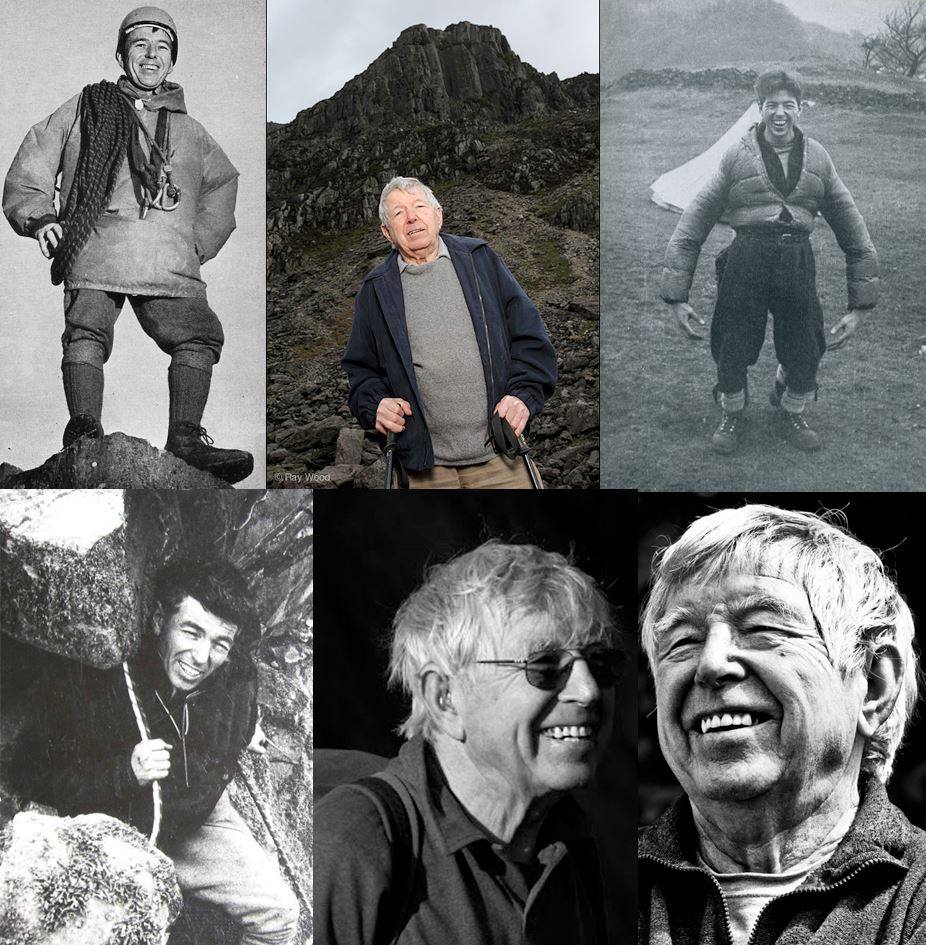 Born in 1930 in Manchester, Joe Brown’s early years – like many from that era – were heavily inpacted by the war. Bombed out of the family house, the young Brown didn’t particular excel at school and soon began cutting his teeth in the outside world going camping and exploring local caves. Leaving school at the age of 14, Brown started work as a plumber’s apprentice and began climbing firstly in the local gritstone quarries and on the edges. Soon however, he and his friends ventured to the Lake District for a week’s holiday. Remarkably, in his mid-teens and with little equipment and next to no knowledge, Brown ended the trip week climbing a VS – one of the hardest graded routes in the country at the time!

The diminutive 5’4” figure of Joe Brown was seen increasingly on the Western Edges around Manchester from then onwards. By Christmas 1947 Brown had ventured across to North Wales; the start of his long and productive association with the area. Brown’s climbing ‘career’ grew exponentially from then on; his name increasing associated with the hardest cutting edge routes on both rock and in the mountains.

Having begun pioneering new routes in North Wales in the early 50s, Joe Brown burst onto the international scene in 1954 with an ascent of the West Face of the Petite Dru. In 1955 he led a summit party on Kanchenjunga; a year later he returned to the Himalaya once again for the Mustagh Tower. A period (1961-65) as a climbing instructor at Whitehall in the Peak District followed after which he opened his first climbing shop in Llanberis in 1965; a second shop in Capel Curig followed in 1970.

Brown’s reputation grew to the point that his skills and ability became so legendary that popular urban myth attributed him ‘bandy legs, teeth like tombstones and hands like bunches of bananas.’ Brown’s association with Don Whillans began in the early 50s with the formation of the Rock and Ice Club; their time together is well documented. Jointly they formed a formidable partnership which forged numerous classic routes across the country and beyond.

The list of routes which Joe Brown climbed, with Whillans and others, is so significant that it’s almost impossible to pick out those which stand above the others in order of significance or difficulty. As an early example, Joe demonstrated his prowess on gritstone by climbing both Left and Right Unconquerable on Stanage Edge in April 1949. Climbed with nothing more than a rope around his waist to give an air of respectability, Brown’s ascent of these twins left a calling card that many, even today, cannot ignore. It was, however, Brown’s ascent of Cenotaph Corner on Dinas Cromlech in 1952 that is a true stand-out example of the then skill and commitment that Brown had at that time. Ken Wilson, writing a concise history of ‘Hard Rock Climbing in Britain’ as an introduction to Hard Rock said: ‘The ascent of Cenotaph Corner in 1952 marked not only a technical advance but a development of great psychological significance.’  Yes, Brown used two aid points – a sling and a peg – on his original ascent of Cenotaph  Corner, but the climbing conditions were harsh as Joe recorded subsequently: ‘I was climbing in socks and vainly tried to hook my feet onto rugosities below a large patch of moss, oozing with water. Until then I had forgotten that the conditions on the cliff were bad and the corner was very damp.’ Brown’s ascent of Cenotaph Corner was without a doubt one of the great milestones of Welsh climbing. Since his ascent, it has become one of the most cherished routes in the country and remains a prime example of Joe’s fortitude as a climber, a fortitude which underlies his enormous legacy.

A full obituary and celebration of Joe Brown will be published in the July-Aug 2020 issue of Climber.

Climber wishes to send sincere condolences to Joe's family and friends at this time.