To many climbers active in the 70’s and 80’s – especially those with an eye on all things Yosemite - The Bird was a total 100% legend; the real deal. Published in 1979 by Diadem/Robbins, Yosemite Climber included Bill Westby’s essay Team Machine; a first-hand account of the first ‘in-a-day’ ascent of The Nose by Bill Westby, John Long and Jim Bridwell. It’s an epic tale of three Yosemite activities going flat-out for the coveted record. Not without a struggle the three, made the top by 7:00pm having started out at 4:00 am that day. The Bird took the anchor leg. His had hardly been the ideal preparation; he’d been on a dawn-to-dusk rescue the day previous! Their victory pose beneath The Captain, is not only etched into climbing folk-lore, its lovely replicated whenever many teams do something significant – in Yosemite or otherwise! 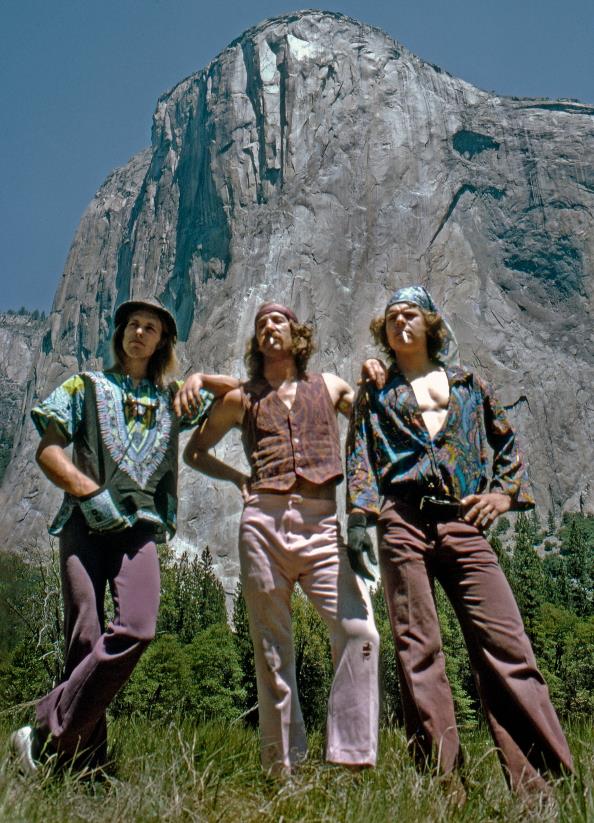 The first ‘in-a-day’ ascent of The Nose is just one of an absolute plethora of stand-out achievements on Bridwell’s CV. He was as accomplished an aid-climber ‘nailing’ on El Cap as he was at free-climbing in his younger days. Again, his first ascents are many but perhaps Sea of Dreams is perhaps the stand-out amongst his stand-out ascents. A frequent contributor to Yosemite rescues Bridwell founded YOSAR (Yosemite Search and Rescue) in 1970. His alpine record was hardly any less impressive with major ascents the French Alps, Alaska and in the fierce ‘play-ground’ that is Patagonia where he did the first ascent of Maestri-conceived Compressor Route on Cerro Torre as early as 1979.

A dedicated trend-setter – his handlebar moustache, head bandana, flowered shirts and of course dark sun-glasses - were the usual decking worn by Jim Bridwell. Aged 73, Bridwell passed away from complications related to kidney failure and Hepatitis C leaving his wife Peggy and son Layton.

For more on the legend that was Jim Bridwell, click through here to read Duane Raleigh’s obituary on the Rock and Ice website or that on the New York Times by Neil Genzlinger here…