Jim Pope is heading back to the UK after one his most successful trip to Spain during which he on-sighted the Siurana classic Kala Borroka on El Pati. 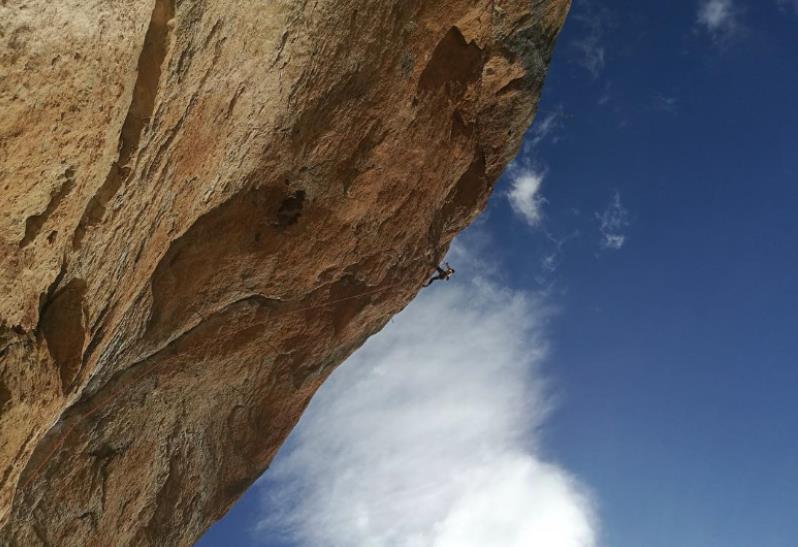 Jim Pope during his on-sight of Kala Borroka. Photo @kristofferlindback

Only a very limited number of British climbers have ever on-sighted F8b+; Jim now joins that club alongside Steve McClure, Tom Bolger and Alex Barrows. Perhaps not surprisingly Steve was the first ever Brit to on-sight F8b+ when he did Indian Summer at Kilnsey in 2002. Steve’s ascent came just days after the first ascent of that route by Steve Dunning. Interestingly, Steve remains the only British climber to have on-sighted F8b+ in the UK. Whilst Tom joined the club in 2011, Alex and Jim are not only the latest members but they have both added their names within the last few months; Alex when he on-sighted Ixeia in Rodellar and now Jim with Kala Borroka.

As well as on-sighting Kala Borroka, Jim also knocked out another dozen routes of F8a or above during his short trip to Spain. Highlights amongst the other routes he climbed were Fabelita in the great cave at Santa Linya which he did second go as well as Direct Cornualles F8c at Siurana and Rollito Sharma Extension F8c at Santa Linya.