Following her Olympic success Janja Garnbret has had a flying visit to Oliana during which she’s broken through the hardest grade ever on-sighted by female climbers by on-sighting two F8c’s. 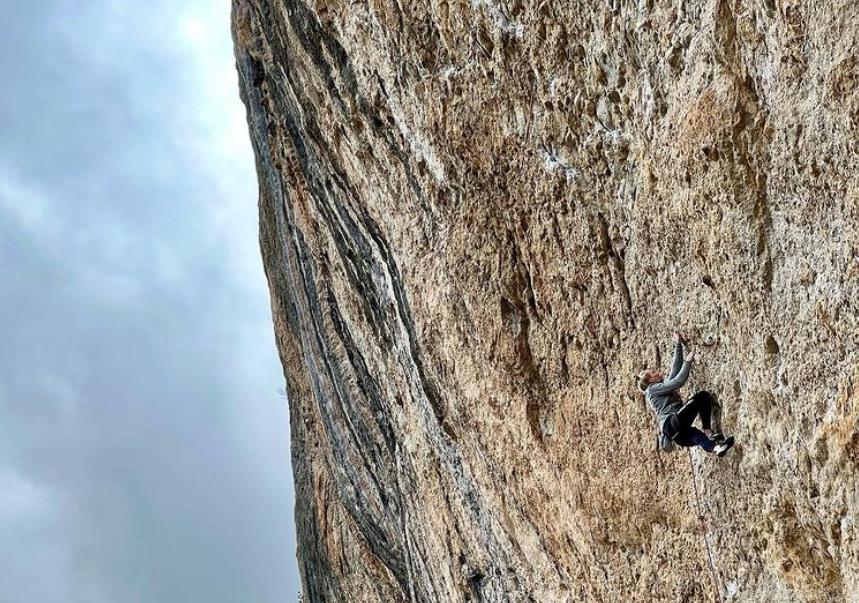 Following a trip to Misja Pec during which she did Clovek ne jezi se (F8c), Garnbret then travelled to Oliana, Spain. Fanatic Climbing report that Garnbret’s first few routes didn’t quite go according to plan however: “Yesterday, on her first day at the crag, Janja faired relatively badly in her onsight attempts of ‘Humildes pa casa’ and ‘Gorillas en la Nieba’, both 8b+, as she fell low down. At lunchtime today, for her second day, Janja falls again in ‘Humildes pa casa’, saying she’s short on endurance.”

Then however Janja turned to Fish Eye and promptly pulled an on-sight out of the bag. Fanatic report that she climbed the first crux well and then the mid-height crux but was forced back down to a poor rest before finally managing to climb through the final crux. Originally bolted and climbed by Chris Sharma in 2009, the 50m long Fish Eye has long been considered solid at the grade. 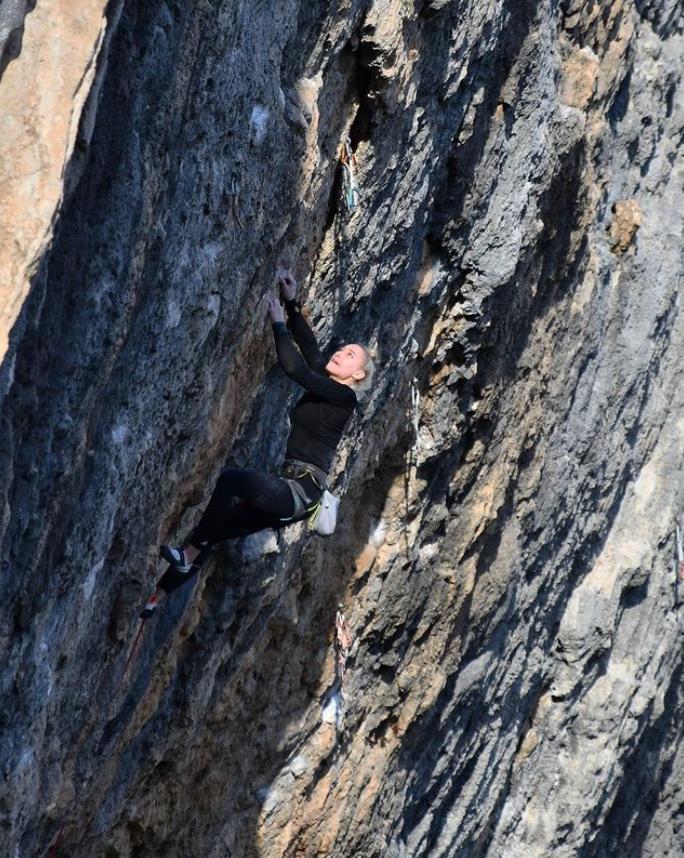 The first ever on-sight of a new grade – whether by a female or male climber – is always a big deal. Often, a route gets claimed only for it to be subsequently down-graded when more repeats follow. Such has been the case with the first F8c on-sight be a women. Charlotte Durif’s on-sight of Les rois du pétrole – achieved in 2010 was downgraded to 8b+. Relatively recently, in 2016, Kajsa Rosén on-sighted the then F8c at Oliana, T1 full-equip. That too has been downgraded to F8b+.

What however seems undisputed is that Garnbret has finally broken through the F8c on-sight barrier for women; not just once but twice! It’s taken 14 years for the standard to rise from F8b+ given Josune Bereziartu first on-sighted Hydrophobia F8b+ at Montsant back in April 2006.

Click through here to read more about Janja’s Fish Eye and American Hustle on-sight's on Fanatic Climbing who wer at Oliana and filming Janja. Fanatic Climbing report that footage from Janja's ascents will be uploaded soon onto their YouTube Channel.