Jamming in a Tunnel

No matter how much natural climbing we have around us,  it’s always well-worth keeping an eye open for the climbing possibilities on man-made entities as some shots from Mark Edwards climbing an amazing-looking jamming crack in a tunnel on the Coasta Blanca shows.

Aside from purpose-built, bespoke climbing walls, the built environment presents some incredible opportunities and challenges. Stone walls have long been a favourite – gritstone and sandstone walls especially so. Typically, they were popular for their traversing and stamina training benefits rather than out-and-out bouldering difficulty. Long before Sheffield’s climbers had The Foundry, The Edge (now closed), The Matrix, The Climbing Works and Awesome Walls to indulge themselves on a number of long gritstone walls in the west of the city were ground-zero for traversing. Broomgroove Road, Mushroom Lane and Red Lane have been popular for decades and have help condition climbers fingers by getting them acclimatised to the rigours of the pump business. Buildering challenges around the country were well-known and much loved; Nottingham’s Trent Bridge was a total ‘underground’ pumpfest, Bangor College walls provided exercise and entertainment for many. Further north, a bridge at Newtonmore offered a renowned jamming crack too. Countless other cities had their versions of the above too. 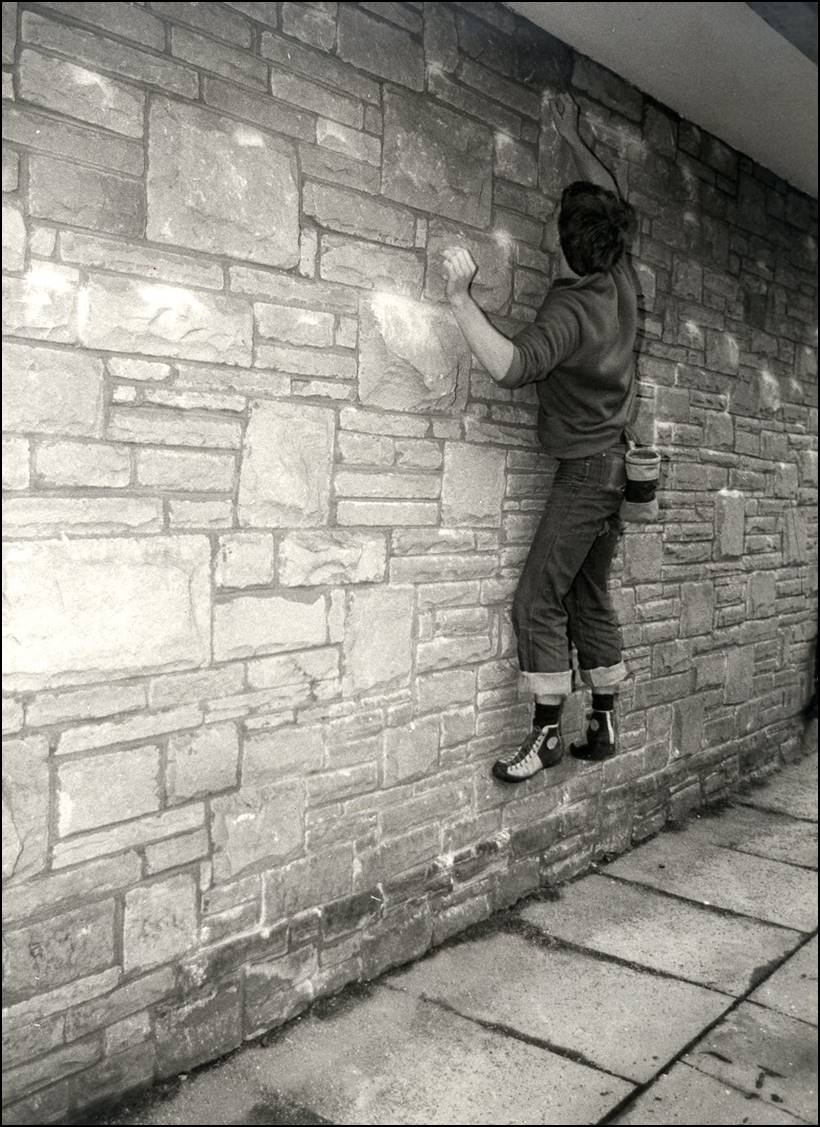 Only last year Radzi Chinyanganya, as a Blue Peter Challenge, climbed the 165m, five-pitch Luzzone Dam route and we featured it in the January 2015 edition of Climber magazine. Famously, the Frenchman, Alain Robert, has made a career out of climbing monster buildings; he’s been arrested on numerous occasions but more recently he’s crossed the Rubicon and now gets paid for his stunt climbs. The climbing community are perhaps split on whether his climbs are good or bad, easy or hard but others have sought to emulate some of Robert’s climbs.

However, for many that are aware off and dabble in the dark-art of buildering, it’s the buzz of something different and the quality of the climbing that is important. And so it seems with the ‘route’ that Mark Edwards has just done in the Spanish Tunnel. According to Mark, “This crack has absolutely insane climbing and [is] just as good as it could get out there in the natural world. Harder than any 5.13 crack I have ever climbed in the States too. Classic and now with a lower-off at the apex.” Mark describes the final crucial moves, “The last move is to a wider hand jam from a section of the crack that closed to off-finger size for two moves before making the dyno for this final jam.” The roof crack – obvious in the photos – isn’t an option unfortunately as mark says it’s closed right down and would only take thin pegs.

Until the next super man-made climb is found, here’s a sequence of images showing Mark climbing said crack…

Thanks to Rowland Edward’s for the photos. Finally, keep up to speed with the Mark and Rowland and their instruction business Compass West by clicking through here…