Hot news from France is that James Pearson has just topped out on Le Voyage (E10 7a) at Annot. 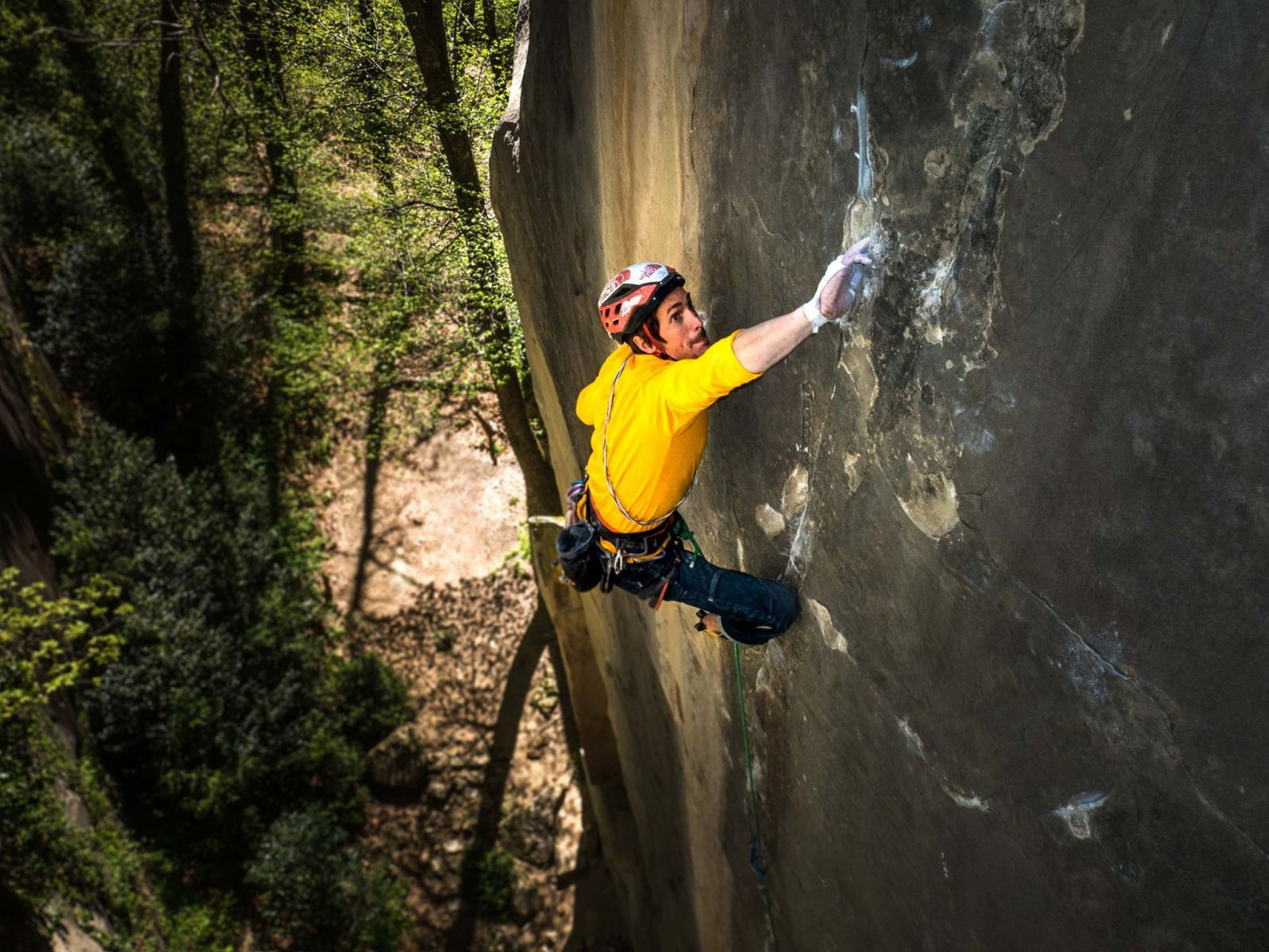 James is obviously delighted with his latest effort judging by his comment; “I'll go to the extent of saying: this is the best new trad route I have ever done."

Located approximately two hours North West of Nice, Annot has been slowly maturing since the 80’s. A collection of sandstone boulders-cum-mini cliffs are scattered across the hillside. The climbing at Annot comprises numerous boulder problems, sport climbs and trad climbs.  Now James Pearson has sought out and climbed of the best and hardest unclimbed projects in the area.

Many of the trad lines at Annot follow corners but Le Vogage takes a proud line up a wall with just enough features and, crucially, gear placements. James describes the route and situation: The most obvious wall in one of the easiest to access, most visually impressive areas, held a single, incredible line that worked from bottom to top. Slap bang in the middle of the “Chambre du Roi”, a gently overhanging face is split by a single, discontinuous crack that soars almost 40 meters from the floor. Where the crack runs out, perfect pockets take its place, with just enough small, fiddly gear to make it justifiable.”

It took him five days to work and send the line. James describes his time on Le Voyage: “It was complicated to work out, pumpy to climb, and is certainly one of the hardest Trad routes I have ever done, but instead of getting bogged down by difficulty, I’d love to focus on the quality of the line for once. Just look at this thing! Its beautiful, a real marvel of nature. Take away any one hold in several places on the route and it just wouldn’t work. It’s incredible that it even exists, anywhere, but especially in Annot where so many of the other big faces are just blank. “Le Voyage” is definitely the best new Trad route I have ever done.”