Jakob Schubert’s amazing 2018 season kept on giving – right down to the wire having added the second ascent of Neanderthal (given F9b by Sharma) to his 2018 haul bag in late December.

Whilst many climbers had a great season in 2018, Jakob Schubert’s was quite amazing. Having won the IFSC World Lead and Combined titles he switched his attention to the great outdoors – what many consider the ‘real climbing’ arena. 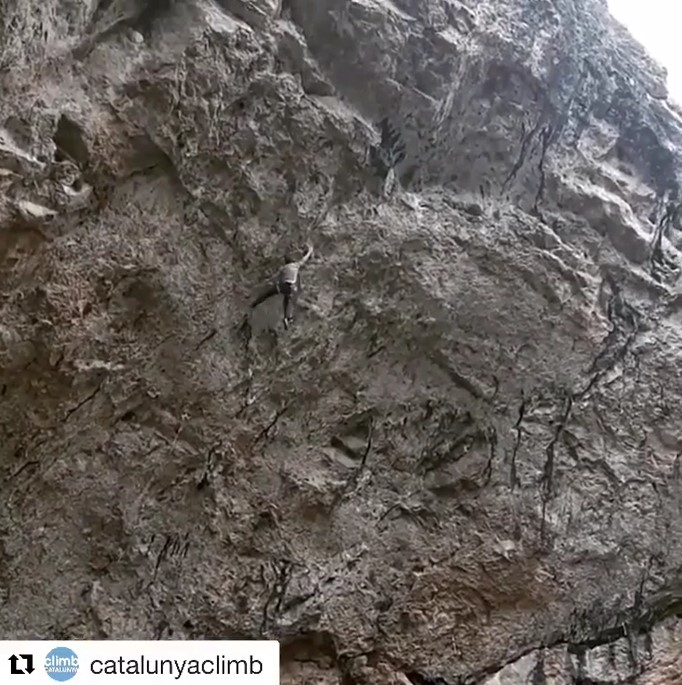 Climbing at Zillertal, Schubert made the third ascent of Sierra Madre (Font 8b+/c). Switching his attention back to lead, Schubert stopped off at Cova de l’ocell where he made short work of Chris Sharma’s 2015 test-piece, El Bon Combat. Writing on-line Schubert speculated that El Bon Combat might be (hard) F9a+ rather than the F9b/+ that Sharma had originally offered.

Schubert then continued his travels to Santa Linya where he set about working Neanderthal. Originally done by Sharma in 2009, Schubert though that Neanderthal would “take a while to be able to send”. However, on his sixth day trying the route Schubert held the crux dyno and sent the route; another second ascent! Unlike El Bon Combat however, Schubert made no comments re the grade of Neanderthal.

Grading thoughts aside, Schubert clearly capitalised on his great form at the end of 2018 sending both hard blocs and routes in impressively short timescales. Whilst Schubert has yet to climb F9b+ in the way that Ondra, Sharma, Megos and Grisolfi have, clearly he finished 2018 on great form. Given there is now only one competition year before the 2020 Olympics it appears highly likely that Schubert will take his form forward into 2019.