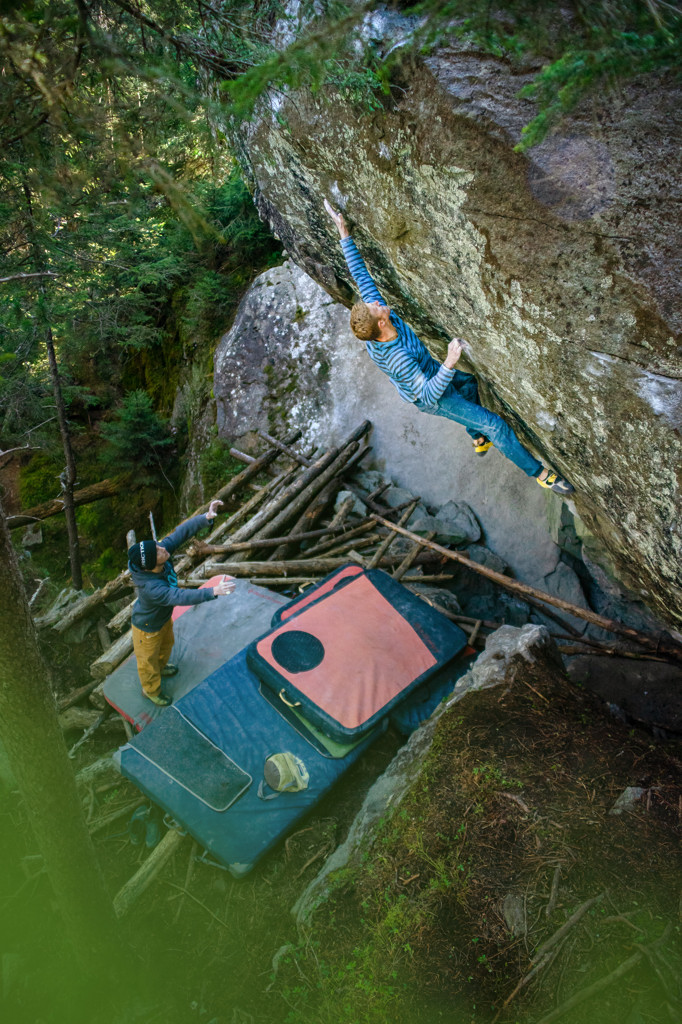 Schubert was clearly delighted with his efforts at Magic Wood during which he had good conditions: “The conditions were perfect and I was able to make quick work of La Force Tranquille (Font 8C) within the first day. Love this crimpy 5-star boulder which was opened by @dawoods89 in 2011 so much!”

But what about the direct finish? Schubert again: “In course of coming back for a few photos the next day I checked out the long-standing direct exit to the boulder, which adds some extra spice.
The level of psyche was high and I surprised myself by sticking the dynamic moves just about one hour later for the first ascent of La Force Tranquill Direct! Couldn’t be happier to add this kingline to the forest.”

Writing on The Crag (here) Schubert added some more details about the direct finish: “You basically do the hardest part of the original La Force Tranquille and then instead of matching the crimp and going out right you do another big move straight up to a pocket from there you do a rather scary top out. It’s definitely harder than the original line but I like the style a lot so personally I would say it‘s not enough to push it up a full grade. It‘s the logical exit and climbs very well so I would love to see some repetitions and hear their opinion.”

Remarkably, Schubert was only in Magic Wood for a two-day trip. During that time he also climbed Samadhi (Font 8b), Electric Boogie (Font 8a/8a+) and Holy Limit (Font 8a).

Watch a video of Jakob on the first ascent below…