News in emerging that a huge rockfall occurred yesterday afternoon on El Cap in Yosemite Valley.

Yosemite Valley Rangers reported that more than 30 climbers were on El Cap at the time the rockfall occurred. It is believed that the fall involved a slab – “the size of an apartment building” falling from the face. One person is reported to have been killed in the rockfall and another injured. No names have been released as yet. The rockfall is understood to have occurred on the Waterfall route on the East Buttress of El Cap. 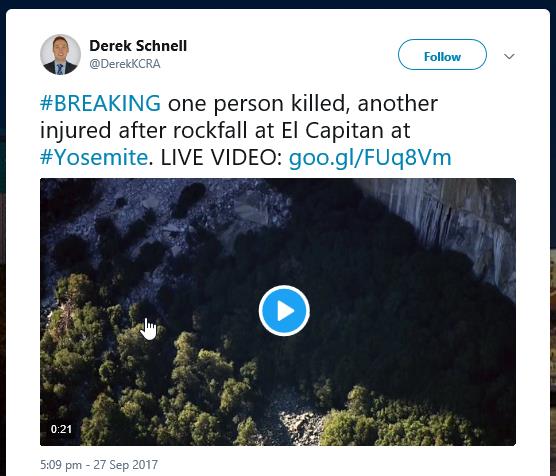