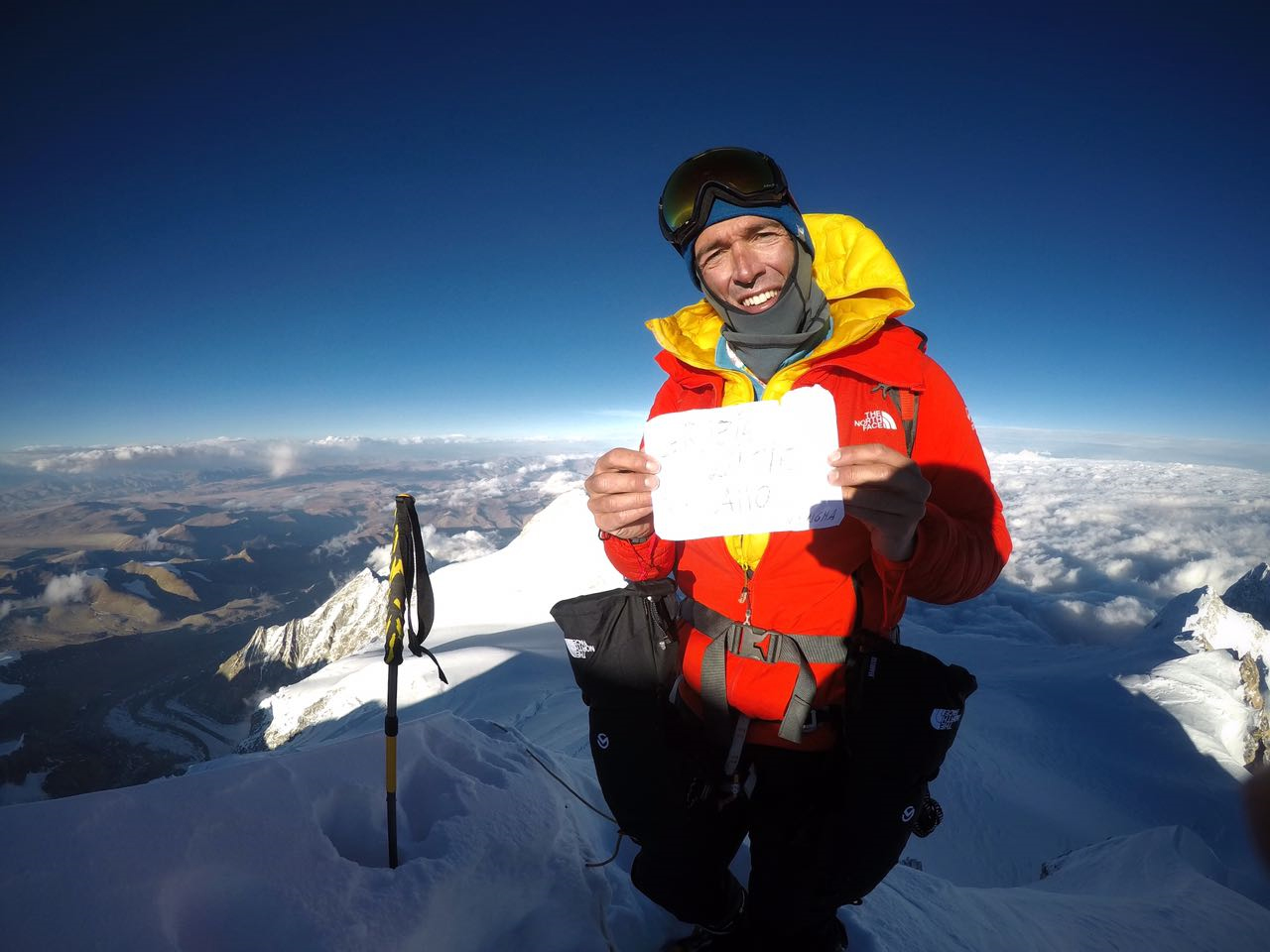 The following statement recounts the detail:

“The best moment”, as described by Barmasse, athlete for The North Face Team, in his first satellite phone conversation on completing the climb, "was when we were near the summit, we looked at our watches and realised how quickly we had climbed. Not for a question of records but because of our ability to make the most of the few hours of good weather and our own physical and mental dedication. It's easy to talk about alpine style in the Himalayas, but to actually practise it on such a huge mountain, that's another thing completely. Very few alpinists in the world have managed to do so, so for my first 8000m experience to be in pure alpine style, that has been really significant for me.”

An exemplary climb by Barmasse, above all when you think that 99.9% of climbers in the Himalayas still follow normal routes, using oxygen and fixed ropes. The two climbers demonstrated their courage and clarity of mind just a few steps shy of the 8027m summit, faced with an imminent avalanche risk.

“We were just three metres away from the summit of the mountain, maybe it was just a snow cornice but with each step a worrying noise came from the snow. We looked at each other and with a nod we turned back, stopping where it was safe to enjoy the view and take a photo each. I'm sure that very few alpinists would worry about specifying this, but we were keen to highlight this fact because those 2 or 3 metres, even just three steps, could have been the difference between life and death.”

Climbing mountains in clean alpine style whilst maintaining mental clarity and taking responsibility for your actions is the best example for future generations.

The “baggage” taken by Barmasse and Goettler was a tent, a sleeping bag to share in the event of an emergency, a 500g gas stove, a small saucepan, 4 energy gels, 4 energy bars, some chocolate, 5 herbal teas, 2 ice screws each, 2 ice axes, 25 metres of rope and 6 carabiners. They were completely alone, without any chance of being rescued in the event of an accident.

“Behind this climb there was a real desire to come back after my two recent injuries, and the desire to prove that you can get back up again and that nothing is impossible.”