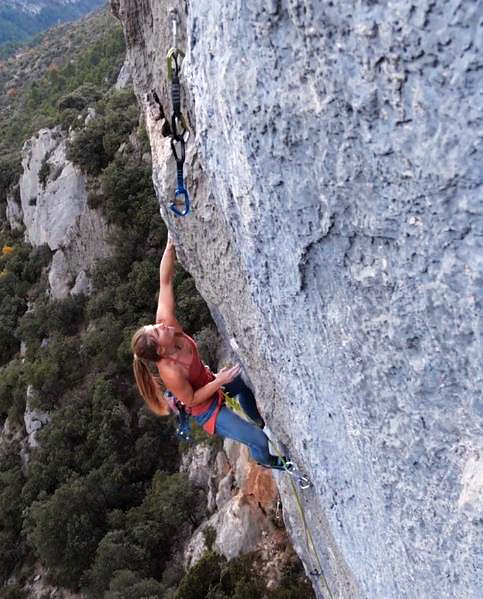 “Felt pretty good to finish this thing off yesterday, everything went so perfectly,” Hazel Findlay wrote on her Instagram. Hazel has been trying Esclatamasters along with her partner Angus Kille for a while having trained over winter prior to the trip to Spain.

As is often the case after a period of purposeful training the transition back to real rock didn’t go with a few problems. Two days ago, however, Findlay posted that she’d got high on the route but fell due to being nervous during a lengthy runoff. 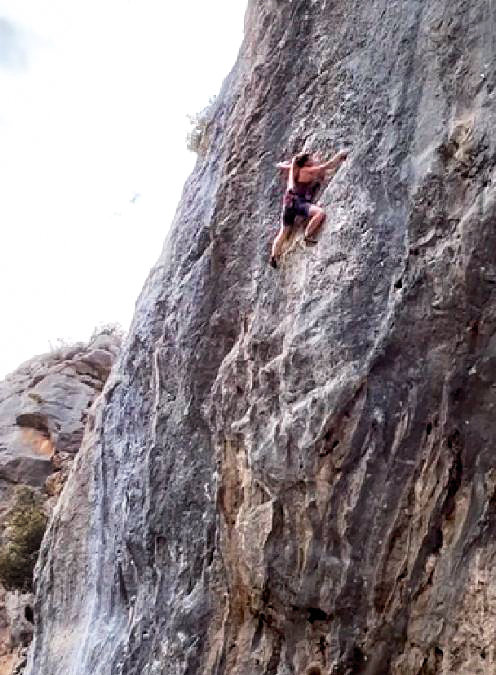 The crux on Esclatamasters is high on the headwall using a broken right-hand hold. “I fell off this move before and felt so good to have excess power on it.” Findlay, who is well centred on mindfulness and her whole mental game, knew she had to concentrate hard to finish the route once she was through the crux, however: “I really thought I’d fall here a few times before sending but I had the fitness and pushed on to the jug. I worked hard not to get too adrenalized after the runout and breaking through into new terrain on the route.”

Originally climbed by Ramon Julian in 2006, Esclatamasters was graded F9a at the outset. Some, for example, Seb Bouin and Magnus Midtbo who climbed the route in 2012 and 2015 respectively, felt it was F8c+. Then a hold broke on the route and since then it’s returned back to its former F9a grade.

Anak Verhoeven has also climbed Esclatamasters recently climbing it twice in the same day in fact; first with a kneebar and then again without. Hazel’s ascent of Esclatamasters – apparently without a kneebar – makes her the second British female climber to repoint the grade after Emma Twyford climbed The Big Bang on LPT, North Wales in September 2019.