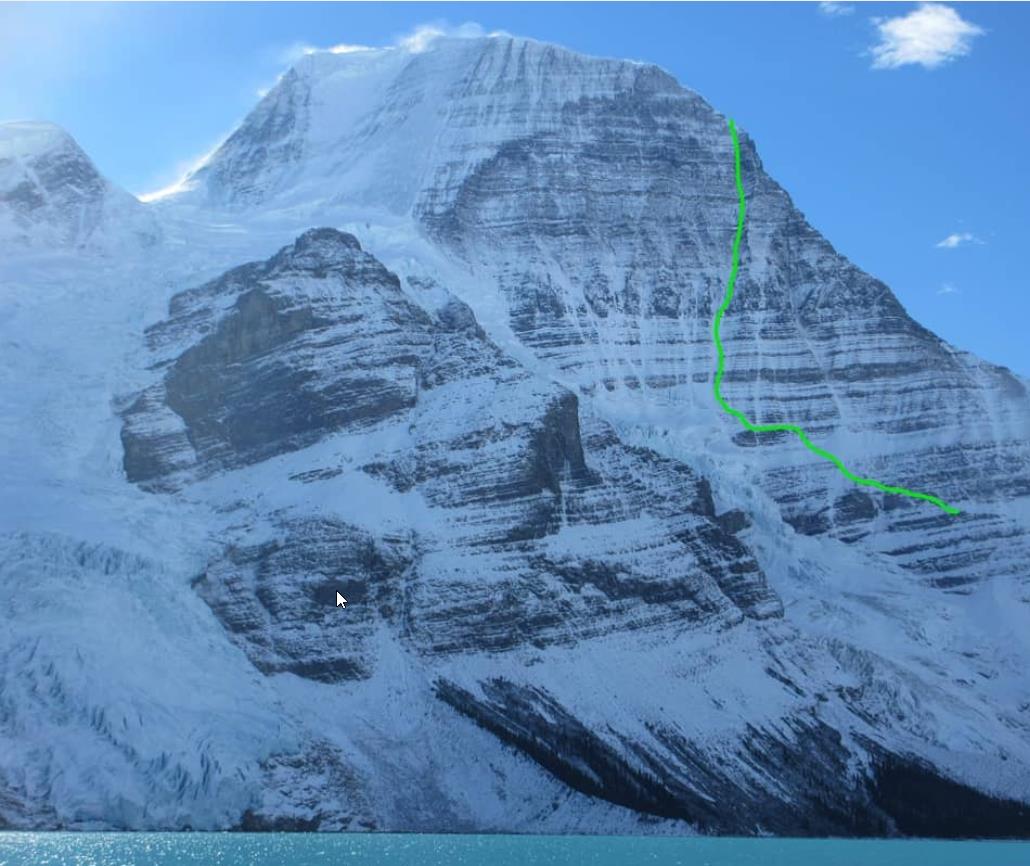 “A truly satisfying experience last week climbing a new route on the Emperor Face of Mount Robson with Ethan Berman.” Hawthorn wrote. It had rained all the way in on their approach but once started they blasted the climb according to Hawthown; “We climbed the face to the ridge in a long 19 hour day, by the time we made a bivi platform and cooked food we had been awake for 23 hours.”

The final section up the summit ridge wasn’t however, straight forward, Hawthorn again; “The next day to the summit was harder than expected as the visibility was so poor. We pulled onto the summit after 12 hours of climbing, amazingly the top 10m of the mountain above the cloud and we got to see the last glimpse of red in the west. We bivied on the summit and descended the next day.”

It was Hawthorn first time to Mount Robson as he explained; “This was my first visit to Mount Robson and I got my first full view of the Mountain as we drove away. The Chain by Fleetwood Mac playing full blast in the truck as I stuck my head out of the window to look back skywards at the mountain towering above the road. I turned back around as the speakers blasted "Chain keep us together, running in the shadow" Ethan and I danced and sang like crazy in our seats as the mountain drifted away in the mirror.”

Gripped, the Canadian magazine, summaries the historical attempts on the Emperor’s Face; click through here to read that in detail.

Uisdean Hawthorn is making the most of the climbing out in Canada whilst living out there. Earlier this summer he added another new route, a 500m rock route on North Howser, called Voodoo Chile 5.11+with Alik Berg. Hawthorn described that as “mega” in his write-up on Instagram: “The cracks we were aiming for turned out to be mega. 11 pitches in total with the 5.11+ crux on the top head wall being the highlight. The first half had a hard switch from one crack to another and a pumpy lay back at 30m where Alik impressively hung around and scraped the holds clean, after the pumpy first 30m the second half gave a good reward of a double hand crack on the golden head wall. In total it took 19 hours (east creek to east creek) but that included a few dead ends. A really good way of climbing North Howser with a lot less commitment than the other routes but still having high quality climbing on it. With only the bottom two pitches and 10m of muddy crack being not quite as good as the rest.”
Click through here to follow Uisdean Hawthorn on Instagram