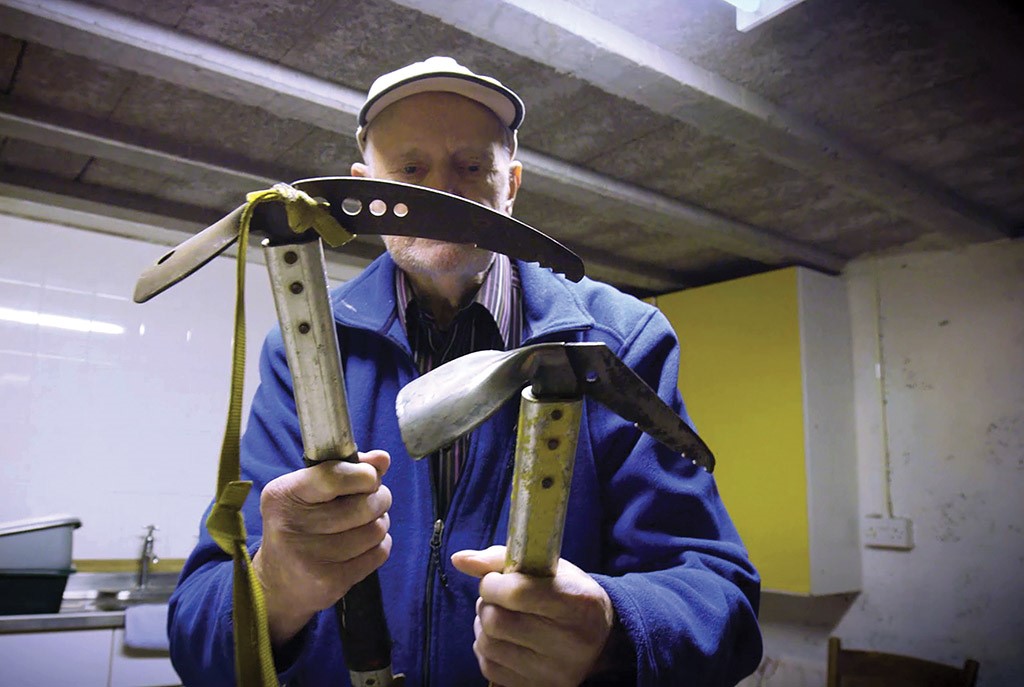 Born in Gatehouse of Fleet in 1930 Hamish MacInnes was both an active and well-known climber by the time he was in his early 20’s. Serving his National Service in Austria the climbers there introduced Hamish to pitons and aid climbing; he went on to use both back home earning himself the nickname of ‘MacPiton’.

During the 1950s MacInnes developed winter climbing in Scotland as well as big alpine routes. In 1953, climbing with Chris Bonnington, MacInnes forging such first ascents as Agag’s Groove, Crowberry Ridge Direct, Raven’s Gully – all on Buachaille Etive Mor in Glencoe. In February 1957 MacInnes, with Tom Patey and Graeme Nicol, made the first ascent of Zero Gully on Ben Nevis. In 1958 MacInnes was a member of an all-star team which repeated the South West Pillar of the Dru – then one of the hardest routes in the Alps. Famously, MacInnes was hit on the head during the ascent by a rock. Renowned for being ‘as tough as old boots’ MacInnes continued despite the head injury. MacInnes was back in action in 1959 with an ascent of the Walker Spur.

MacInnes moved to Glencoe in 1959 where he formed the Glencoe School of Winter Climbing and the Glencoe Mountain Rescue Team. He led that team for 30 years during which time he earned himself an international reputation. 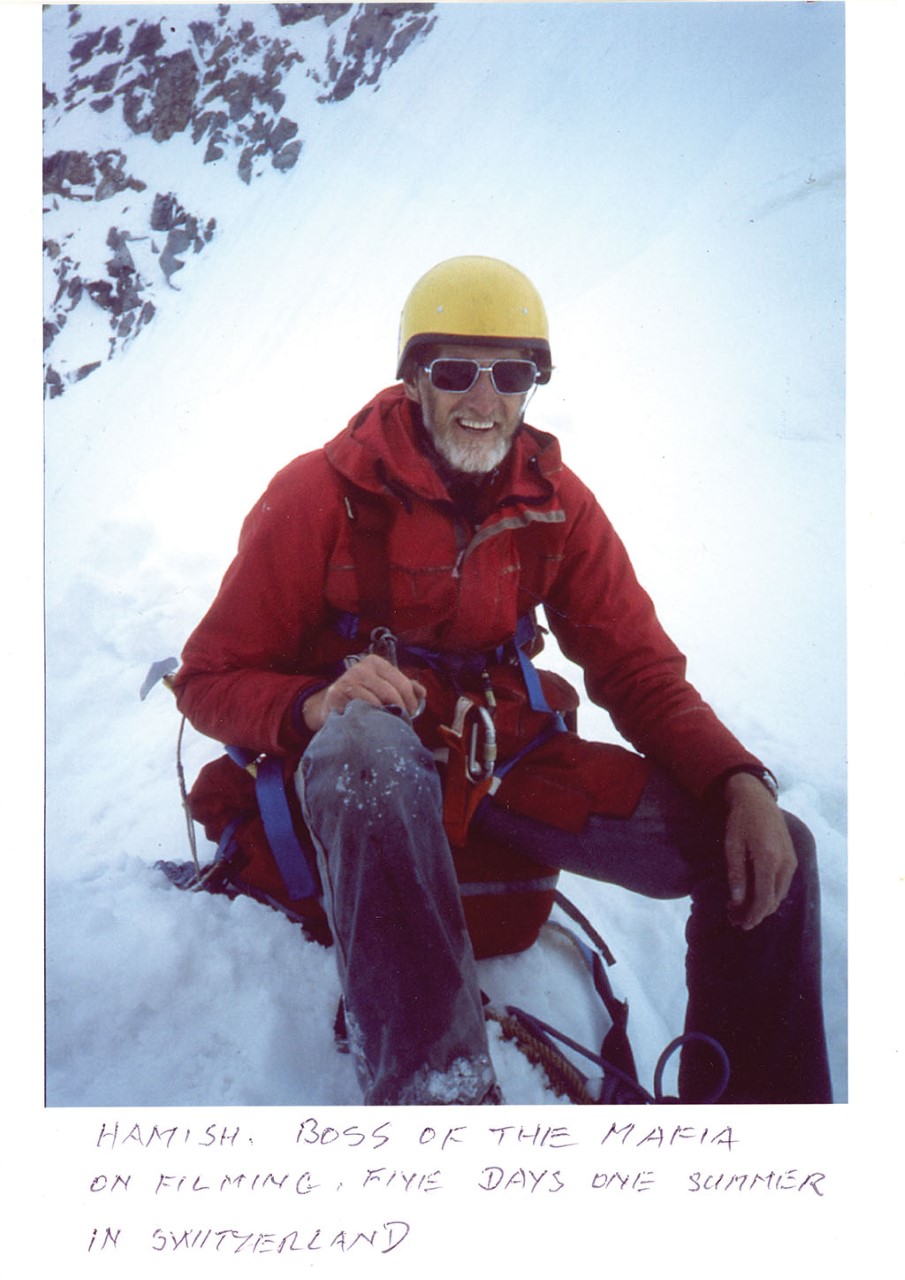 During the 60s MacInnes also developed as an inventor. During this time he made a lightweight collapsible mountain rescue stretcher as well as the all-metal ice climbing tool – the Terrordactyl. A decade later MacInnes was deputy leader on the 1975 South West Face of Everest expedition. Once again he used his engineering skills to created platforms to ‘house’ the Whillans box tents which were so effective. Sadly, MacInnes was avalanched during that expedition and had to withdraw with breathing difficulties.

As well as an inventor MacInnes was also a prolific writer authoring both expedition books as well as the International Mountain Rescue Handbook. He has also had a hand in numerous films not only as a cameraman and climber but also as a safety officer – famously working on such grand projects as The Eiger Sanction in 1975.

The Final Ascent by Robbie Fraser looks at what became MacInnes’s great challenges – his suffering and ultimate recovery from an acute urinary infection that was misdiagnosed as dementia and lead to MacInnes being detained in a psychogeriatric facility! This amazing heart-rending film is available on BBC iPlayer – click here to view it

Noel Dawson wrote an extended feature article on Hamish MacInnes in the March/April 2019 issue of Climber at the time the film, The Final Ascent, by Robbie Fraser was released.