Sam and Ed Hamer, a.k.a. The Hamer Brothers, have hit the road on a UK-wide road trip aimed at nailing as many classic rock routes as they can muster. 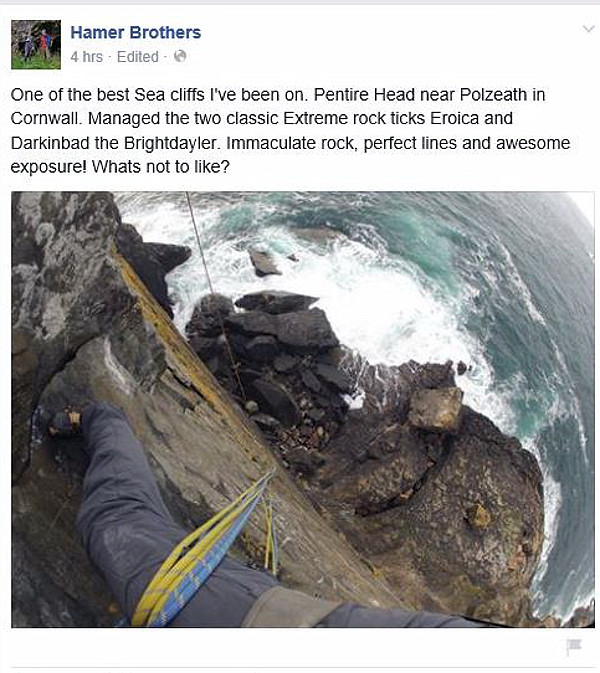 The trip – dubbed the Great British Climb Off – is inspired by Sam’s love of Extreme Rock and his desire to tick lists. Earlier in the year we reported (click though here for that report) that Sam had just ticked the top 50 routes in Rockfax's 2001 Eastern Grit guidebook. They will also be doing as many of the other great climbs at their intended destinations as well. Having kicked off last week, the trip has already been affected by the weather – much as the Hard Rock Challenge was which was completed by Richard Mayfield and Mark Stevenson back in 2007.

The brothers hope to complete their tick-fest by the end of August although by necessity, they will flex their intended schedule to take account of the weather. Their original planned schedule is reproduced below.

Scotland: The Cobbler and Dumbarton Rock

Ireland: The Burren, Fairhead and the Mountains of Mourne.

At the time of this report they’re in Cornwall having just ticked Pentire Head. The trip is being supported by their sponsor, Berghaus.