Janja Garnbret and Adam Ondra take the golds at the Lead World Championships in Hachioji. 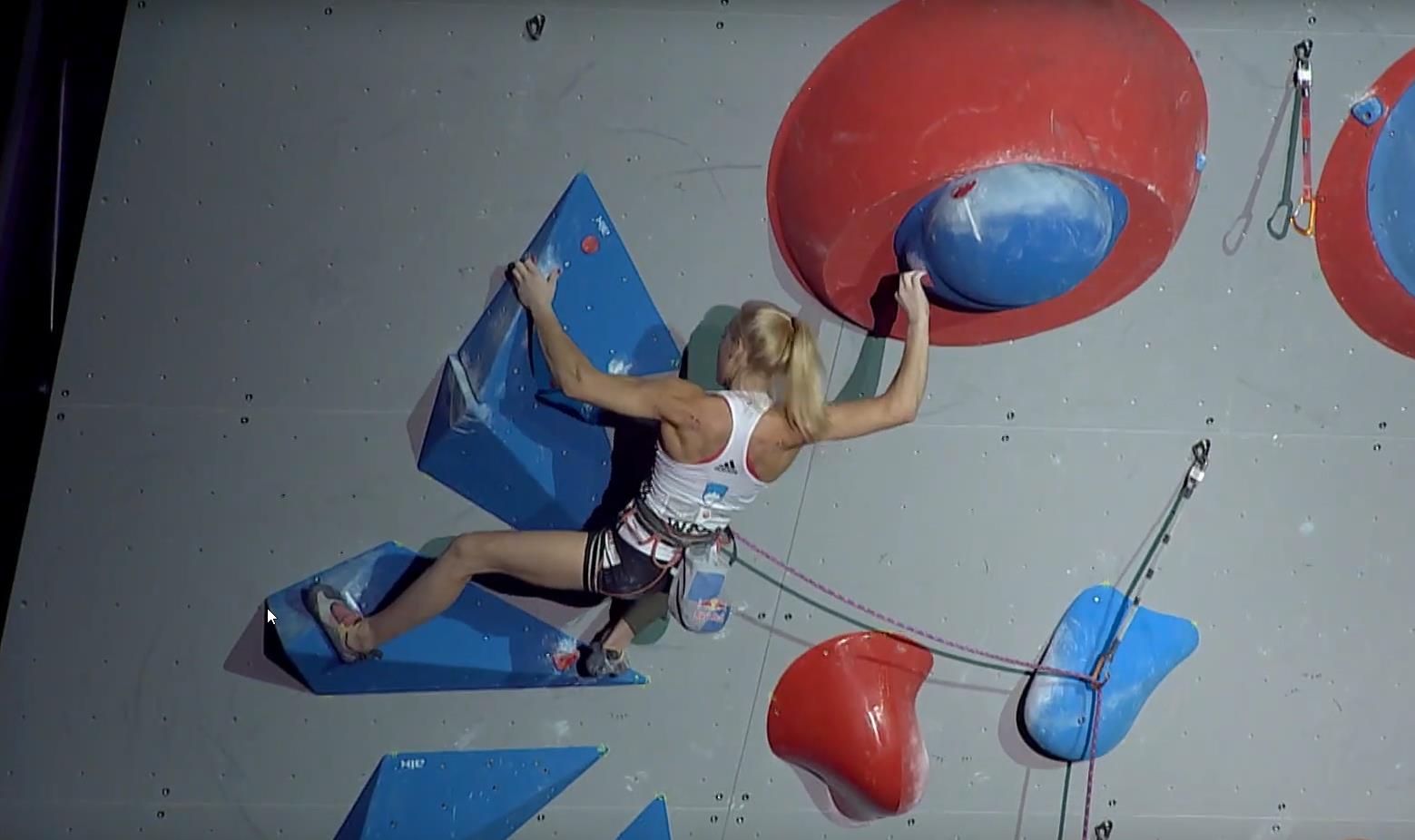 For some athletes the lead competition was their first event of the competition but those with Olympic aspirations and therefore competing for a chance to contest the Combined World Championships at the end of Hachioji the lead event was their second competition of the week. It was no surprise then to see that following the brutal bouldering competition the accumulated fatigue caused by the back-to-back events in the punishing Hachioji schedule was showing in many athletes. Miho Nonaka, for example, having done the bouldering event then qualified for the lead semi-final. However, she decided not to climb in the semi opting instead to ‘take’ 26th position and crucially have an extra down time not least to rest her injured shoulder.

Looking at the qualification rounds first it was perhaps no surprise that Janja Garnbret topped both routes to take the lead ahead of Ai Mori who managed to get the only other top. The current leader in the World Cup Lead, 15 year old Korean Chaehyun Seo, came in fifth overall whilst Akiyo Noguchi picked up sixth, Jessica Pilz eighth. Climbing impressively, Team GB athletes Molly Thompson-Smith finished in 10th whilst Shauna Coxsey a credible joint 23rd despite carrying a cold and having competed in the preceding bouldering event where she took an impressive bronze medal. 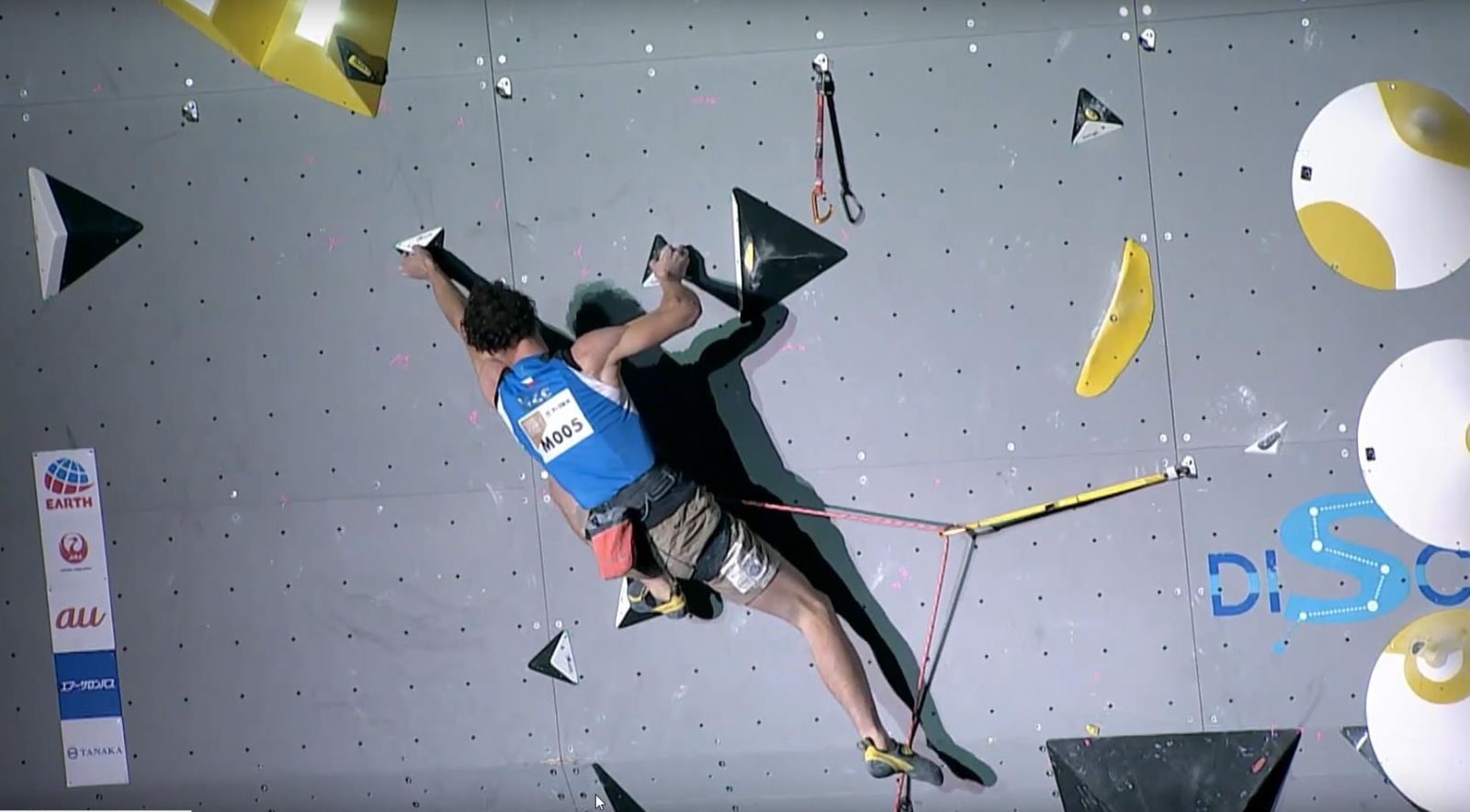 By comparison the men’s event saw a whole string of tops; impressively Sasha Lehmann, Tomoa Narasaki and Jakob Schubert all topped both the qualification routes to finish joint first. Adam Ondra topped the first qualification route but failed to get into his flow on the second route and finished in a relatively lowly 10th place; his misery from the bouldering event seemingly rolling over into the lead. Team GB interest was provided by Will Bosi and Billy Ridal; Bosi making the cut for the semi but Ridal missed out finishing in 45th  overall.

Yesterday, the fifth day of Hachioji event and the fourth day of climbing for most, featured both the lead semi-final and final rounds. Neither the women nor the men’s event semi saw any tops but Janja Garnbret took a convincing win in the women’s to lead the field into the finals. Likewise, Alex Megos, the current leader on the World Cup Lead events, also finished at the top of the leader board on hold 40+ albeit with Tomoa Narasaki 38 and both Adam Ondra and Sean McColl in contention on 37+. Jakob Schubert, the 2018 Combined World Champion, slipped to sixth place on 30+ just one move higher than a whole raft of climbers who fell off at the same point on 29+. Despite some strong efforts from the Team GB athletes none were able to progress into the finals; Shanua Cosxey, Molly Thompson-Smith and Will Bosi finishing in joint 17th, 19th and 17th respectively.

The women’s finals were largely the preserve of Team Slovenia and Team Japan with no less than three from Slovenia and two from the host nation. Jessica Pilz, the 2018 World Championship winner, fell on the traverse on the headwall and finished in sixth. Akiyo Noguchi, Chaehyun Seo, Ai Mori all fell three moves beyond Pilz’s highpoint off move 38+ and finished in fifth, fourth and third respectively leaving Mia Krampl to take second and, despite looking all-in, Janja Garnbret to take the win and a record-breaking second World Championship win at Hachioji.

The men’s final was all about endurance and determination; something with all the contestants had in spades. The crux of the men’s route was all about getting established on the headwall something which only the podium winners succeeded in doing. As usual, Jakob Schubert fought like a beast to retain his 2018 title but was forced into third place when Alex Megos equalled his high point and took silver on countback. Finally, Adam Ondra laid his bouldering event demons to rest by doing an additional move to take the coveted top position and his third World Championship Lead gold. 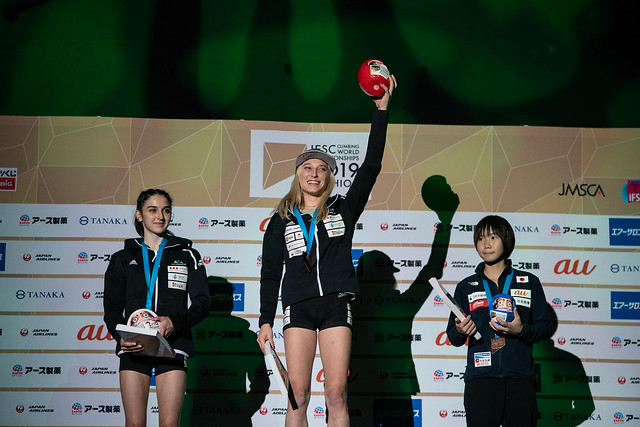 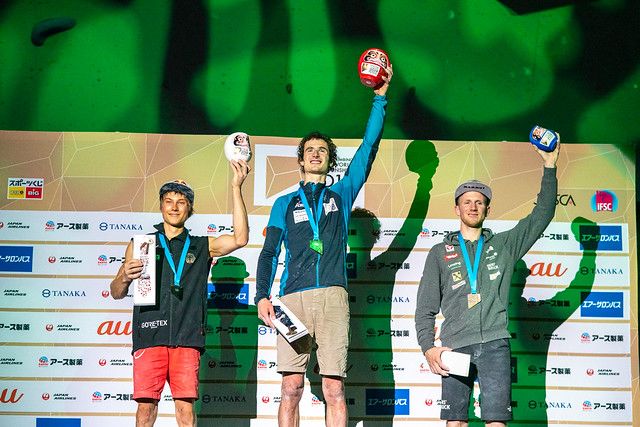 The climbers are resting today ahead of the Speed World championship tomorrow. Once that has been concluded on Saturday the 20 highest placed athletes will progress to the Combined World Championship to be held Sunday through to Wednesday. Stay tuned for the action reports as the event are completed.

Meanwhile watch the highlights from the Lead finals below…