Greg Boswell recently kicked off his 2021 winter season with the first ascent of Take Me Back To The Desert (IX, 9). 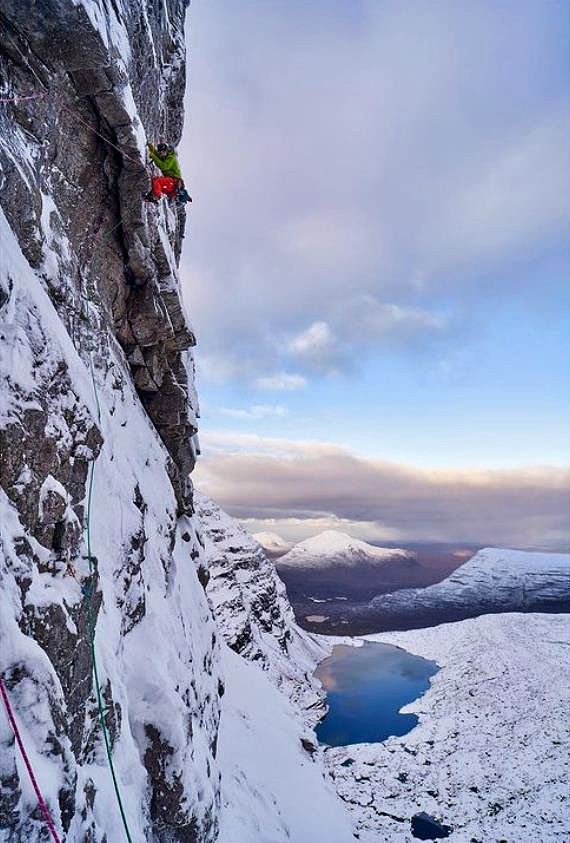 Partnering up with Graham McGrath and Hamish Frost, Greg Boswell came out of the trap door fast and hard with his new route on the left-hand side of the Eastern Ramparts Buttress on Beinn Eighe. Boswell reputedly had ‘lured’ his partners McGrath and Frost to the Northwest saying that he had lined up something new that “wasn’t totally nails”. However, that plan went straight out of the window when they arrived at their intended target on the Far East Wall of Beinn Eighe to find it out of condition. Frost explained the switch of target – and difficulty - in a post: “Finding our plan A out of condition, we turned our eye to the Eastern Ramparts which looked in better nick. Rather worryingly, Greg was showing a particular interest in the steepest, most overhanging section of the wall. It appeared that the prospect of doing something ‘not nails’ was going out of the window fast!”

Boswell explains his thinking as they approached their new target: “There was an interesting arched roof feature that lead to the big looming and grossly steep wall above. I voiced my thoughts and the guys were keen to give it a go. We presumed from its steepness and difficultly that it might not have been climbed, as if it had, we’d have heard about it before. But we also thought that even if it had been done before, it would feel like a fun adventure as we had no description and the route took a plumb line up the cliff. So we went for a sniff!”

Greg explains the difficulties on the first two crucial pitches: “Pitch one went straight though the arching roof and into a technical crack system above, to belay below an imposing and overhanging headwall. 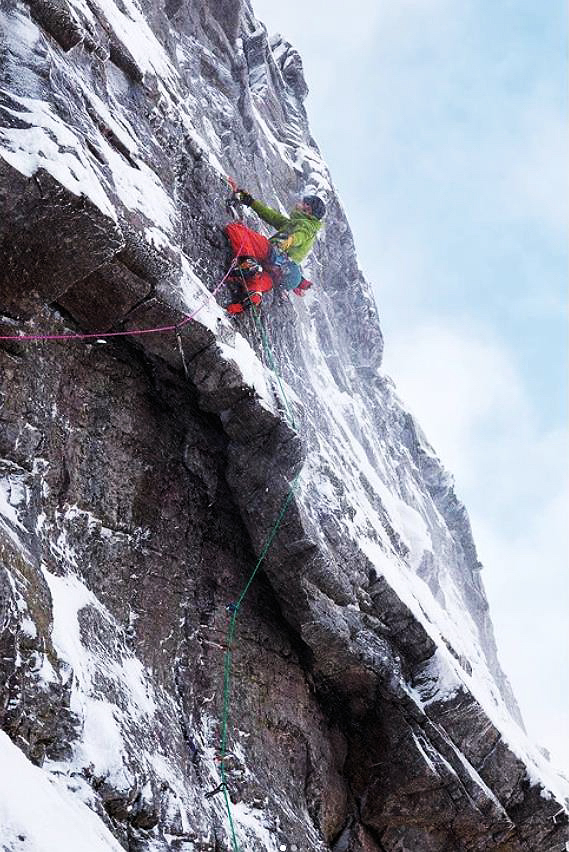 “The second pitch looked easier but turned out to be the crux. The headwall was much steeper than it looked and it was a race to figure out the secrets needed to unlock this mega line before my arms exploded. The climbing was never crazy hard (relatively speaking), it was just very pumpy and sustained!”

McGrath lead the third and final pitch which lead the trio to the summit as the light was failing.

Whichever way you cut it, Take Me Back To The Desert is a remarkable start to Boswell’s 2021 winter season. It’s a testament to Bowsell’s preparation for the winter season that he was in the pre-requisite physical condition to be able to climb such a hard route straight off the bat; his mental strength however to climb such a line on-sight with no falls and on trad gear only bears further witness to his abilities as one of the leading winter climbers operating today.

The line of Take Me Back To The Desert (IX, 9) had not been climbed even in summer nor doesn’t cross any other route. It was described by Boswell to be “3 to 4 stars and its location and quality is second to none.”