Stefano Ghisolfi has finished the year back on his local crags adding yet another stout testpiece to his CV, The Lonely Mountain (F9b or harder). 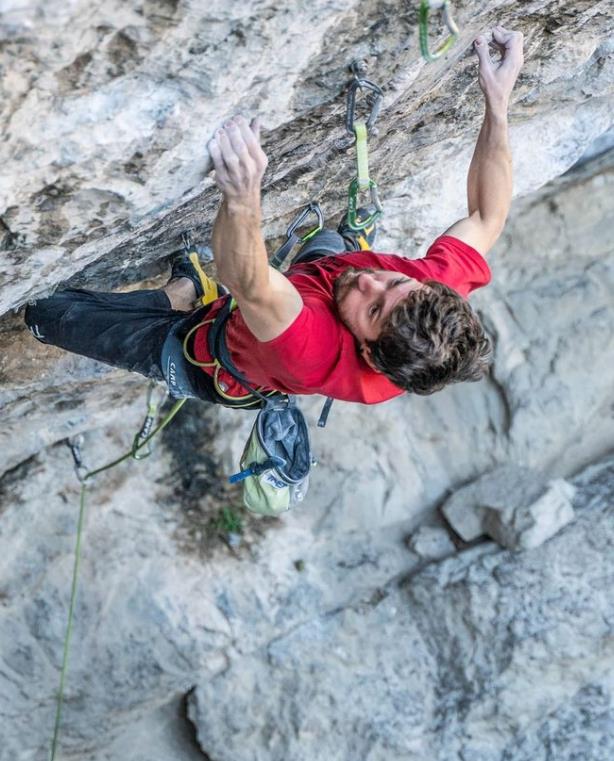 Having made the first repeat of Bibliography in the summer Stefano returned to his local crags to finish a line he first bolted in 2020. At the time it didn’t look promising as Ghisolfi said: “it looked impossible at first so I added a bolt on the left and climbed Erebor last January.” Originally, Ghisolfi graded Erebor F9b/+. That route has now seen two repeats, firstly from Laura Rogora and latterly from Adam Ondra. After his repeat, Ondra suggested a personal grade of F9b.

Ghisolfi returned to the original line and began working it: “After that, I figured out the original version was possible and started trying the middle section, which is hard and exclusive of this route, adding some spicy moves with a dynamic from a very tiny crimp. It felt very hard at the beginning, then I changed almost all the betas in every section.”

Finally, Ghisolfi managed to redpoint the line a week ago. Grades at the top end seem particularly under pressure at the moment following Jakob Schubert’s blitz at the La Capella sector at Siurana so much so that Ghisolfi – who himself suggested a downgrade of Bibliography from F9c to F9b+ - has graded The Lonely Mountain F9b. In his words: “And it's even harder to grade it, so I can suggest a symbolic 9b, even if it is harder than Erebor.”

Speaking of Bibliography, Ghisolfi uploaded an uncut video of him climbing that route to his YouTube channel – watch that below…