The BMC have announced today that it has successfully bid for funding to support the GB Climbing Performance Pathway. 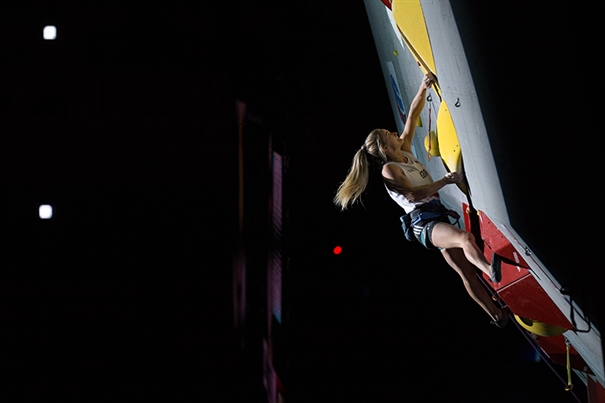 The news from the BMC follows an announcement from UK Sport that £352 million is to be invested in Olympic and Paralympic sport in seven sports – climbing included. The plan is to find and support “the champions of tomorrow”.

The intention is to use the funds to support both the elite and talent pathway athletes. The BMC say that it will also give grassroots participants who are new to the sport the hope of competing on the international stage which is seen as a clear pathway to the Olympics and hence success on the highest stage.

The successful bid for funding has been especially welcomed by the BMC given all the staff work which has been invested this year. Specifically, the funding will help in three areas:

•             Developing, aligning and embedding elite coaches at pivotal stages in the pathway

Furthermore, the UK Sport Podium Athlete funding will allow GB Climbing, in partnership with the English Institute of Sport, to continue to support Shauna Coxsey in her bid at the forthcoming Tokyo Games.

Today’s announcement is the third funding stream following on from the preceding Aspiration and the recent Continuity Funds. The Aspiration Fund was used by GB Climbing to create a High Performance Training Facility at The Climbing Works in Sheffield which enabled our elite climbers and their coaches to continue training despite the ongoing Covid restrictions.

The UK Sport Continuity funding will allow GB Climbing to deliver Covid-secure training for the Home Nation and National Talent squads and several Covid-secure competition opportunities (including a Paraclimbing event). In total, the UK Sport investment into GB Climbing will be £450,000 over the next 12 months.

The BMC have said that this work will be delivered through close collaboration with the BMC’s partners: Mountaineering Scotland, Climb Scotland, Mountain Training, the Association of British Climbing Walls, as well as liaising with Mountaineering Ireland. GB Climbing is also committed to ensuring that solid, effective structures can also be built for the other competitive areas under the BMC’s umbrella, such as GB Paraclimbing, GB Ice Climbing and Ski Mountaineering.

Funding such as this will prove invaluable for the development of future aspiring Olympians such as Toby Roberts who recently became the youngest British climber (aged just 15 years) to redpoint an F9a sport route.

“I am so happy that despite the twists and turns of the Olympic journey so far that UK Sport is continuing to support me and the wider team all the way through to Tokyo in 2021.”

“It’s absolutely fantastic news that the BMC was successful in its bid and adds a note of positivity to the start of 2021. Much work has been put into GB Climbing over recent years and we’re really beginning to see the rewards of all that effort, and the new funding will help further reshape the future of GB Climbing.

“It’s always inspiring to see GB Climbing athletes give it their all, be it on the world stage, in domestic competitions or on local rock. Now we can focus on helping these athletes reach their true potential every step of the way, from their introduction to the sport to their very first international competition, and hopefully to the Olympic Games too.”

“I’d like to thank UK Sport for its continued investment in GB Climbing. There’s a lot of work coming next year in the lead up to the rescheduled Tokyo 2020 Olympic Games to make sure we have done everything possible to give GB Climbing athlete Shauna Coxsey her very best shot at securing one of the first ever Olympic medals for climbing.

“It’s not only our elite athletes – including Will Bosi, Molly Thompson-Smith and more – that will be supported by this funding either. We’re excited of the potential it brings to evolve our Performance Pathway and help develop the best British competition climbing talent and coaches. It will ensure that our athletes have the best support from top coaches and access to the best training facilities, using the latest techniques all the way.

“We are also looking forward to transferring our knowledge to our other elite teams – the already highly-successful Paraclimbing, Ice Climbing and Ski Mountaineering teams – to ensure athletes in all sports and disciplines are nurtured in their journeys to medal success.”