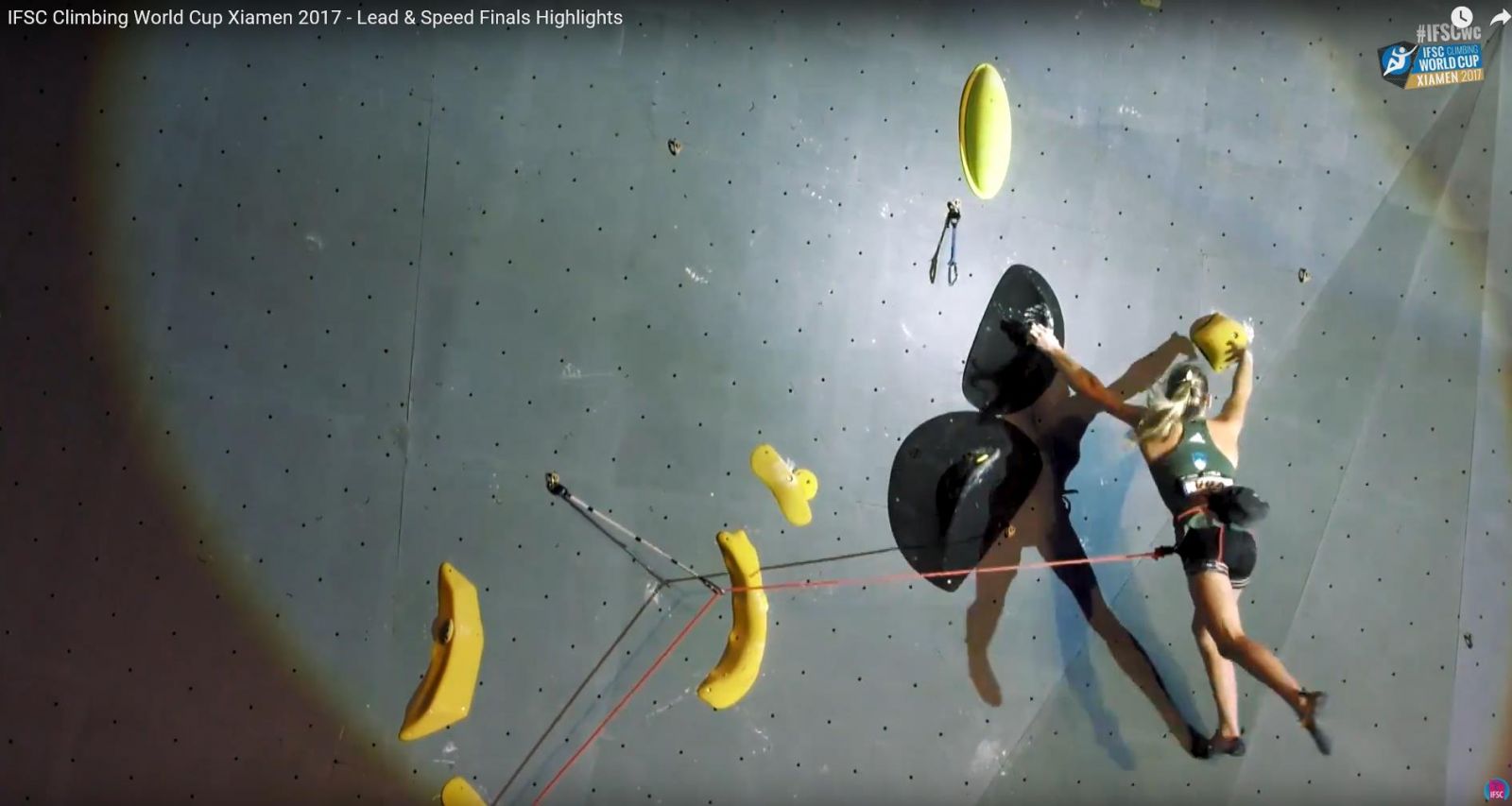 Janja Garnbret taking bronze in Xiamen but the overall title in 2017 for the second year running.

Xiamen, the second China-based competition in as many weeks, was heavily affected by weather. The qualification rounds were windy but then the rain set-in and really messed with the programme so much so that the women’s semi-final was cancelled. That meant that all 13 athletes who had topped the qualification rounds progressed straight in the final! 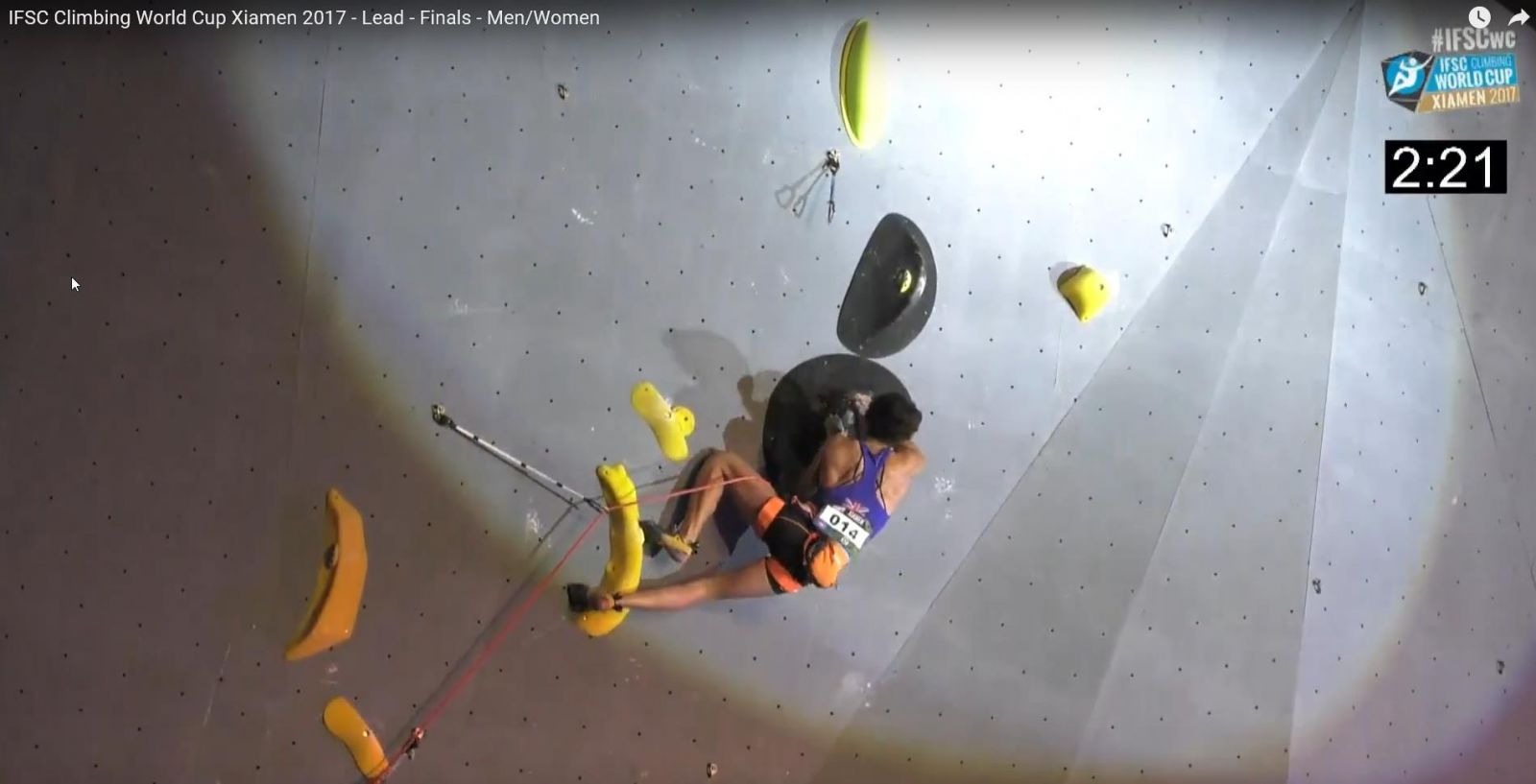 Molly Thompson-Smith cruising to her second sixth place finish in as many weekends.

US star, Ashima Shiraishi, was the first to make any real impression on the route – as it was she on move 34 fell just two moves down from the top. No less than three athletes, Janja Garnbret, Jessica Pilz and Mina Markovic all fell one move lower. Just down again however were Akiyo Noguchi and Molly Thompson-Smith. Ultimately, only Anak Verhoeven topped the final route to take gold. This followed Molly’s fifth-place finish in Wujiang the week previous. Her current great form bodes well for Molly going forward into the final round of the year in what will be the highest placed British female ever. 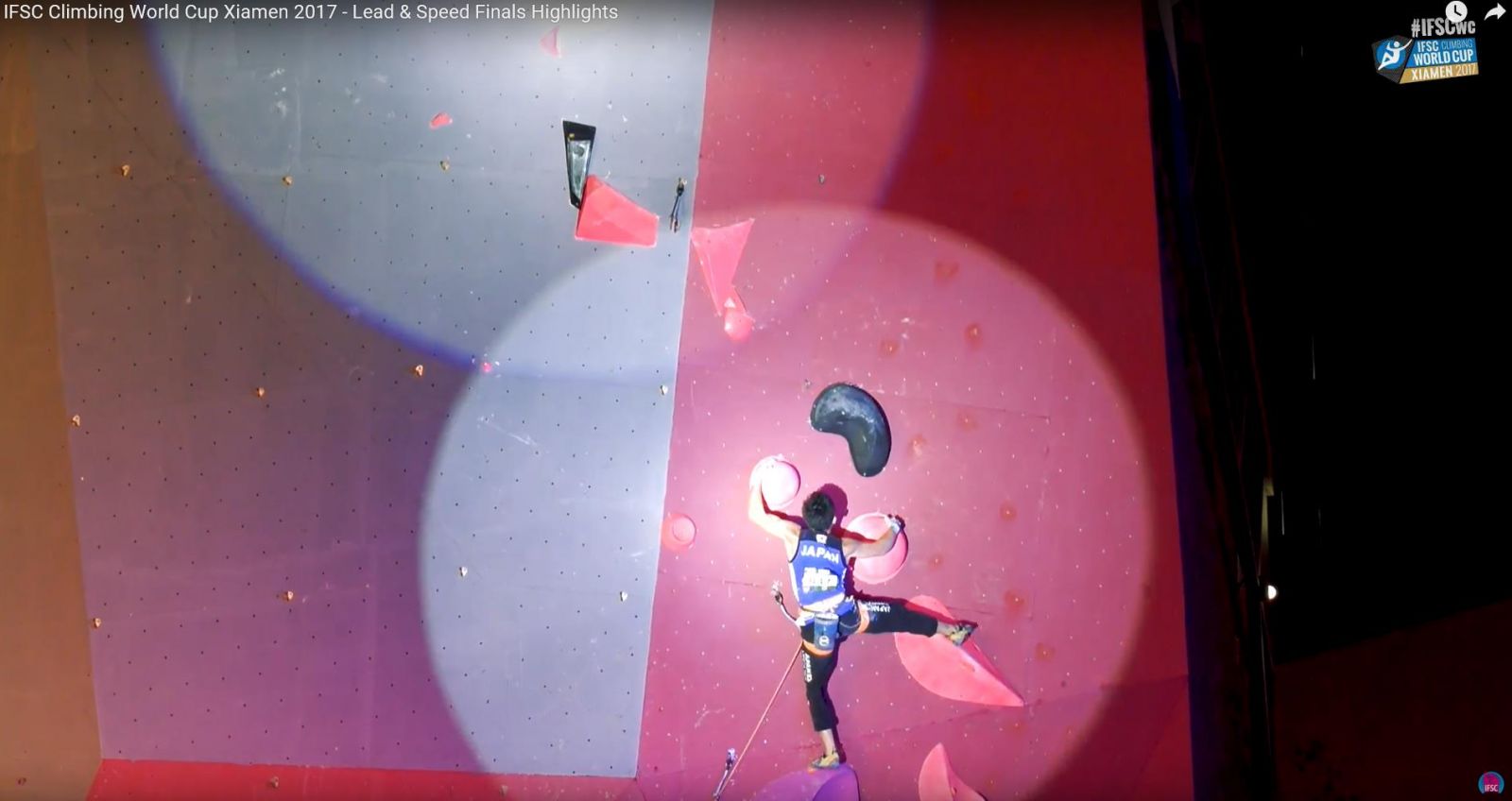 Keiichiro Korenaga taking his first ever win at Xiamen.

The men’s qualification routes and semi-final saw remarkably few tops – just one in fact from Tomoa Narasaki. Narasaki was narrowly pipped in the semi by fellow boulderer, Jongwon Chon when he managed to get half a move higher! However, all eight finalists were only separated by just fives moves so it seemed as though it really was all to play for going into the final. Keiichiro Korenaga had the climb of his life and took a deserving gold in the final; his first ever win. Tomao Narasaki finished in second place again – as in Wujiang - with 17year-old YuFei Pan picking up third, and China’s first ever medal, having nudged Jongwon Chon out into fourth place. 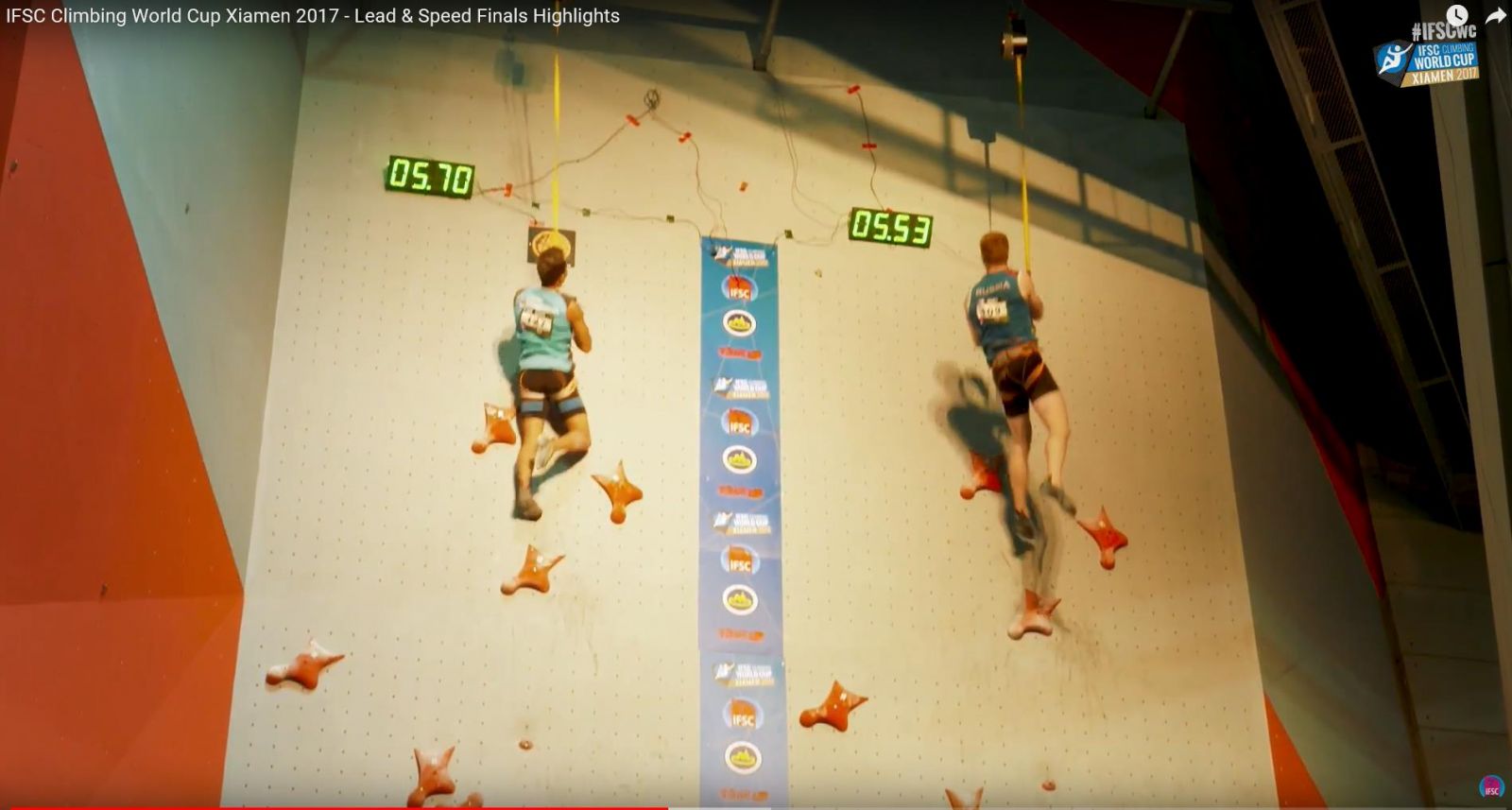 The blistering times in the men’s speed final.

As ever the speed competition saw some blistering times recorded. Vladislav Deulin of Russia was outstanding doing the 15-metre route in a new personal best time of just 5.53 seconds. It was Deulin’s third of the season and gives him the overall win in Speed for 2017. Having lost the 2016 title in Xiamen last year, French speed climber, Anouck Jaubert, climbed consistently (every run faster than eight seconds) to take the win in Xiamen this year – her fourth win of the season - and with it the overall win for the year.

Watch the highlights from Xiamen below...