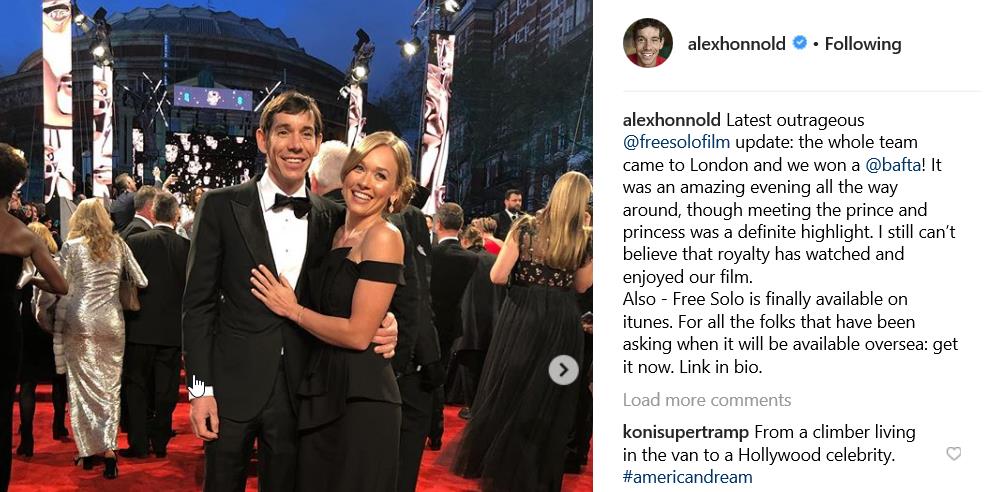 The BAFTA is the latest in a line of awards that Free Solo has picked up since the film was released in the autumn. Previous awards include  ACE Eddie Award, Critics’ Choice Award, the People’s Choice Award at Toronto, the Best Climbing Film at Banff and the Grand Prize at Kendal.

Free Solo has also been nominated for an OSCAR.