European Championships sees women’s world Speed record for Kaplina, double golds for Meshkova in Boulder and Lead plus Thompson-Smith and Bosi safely through to Combined. 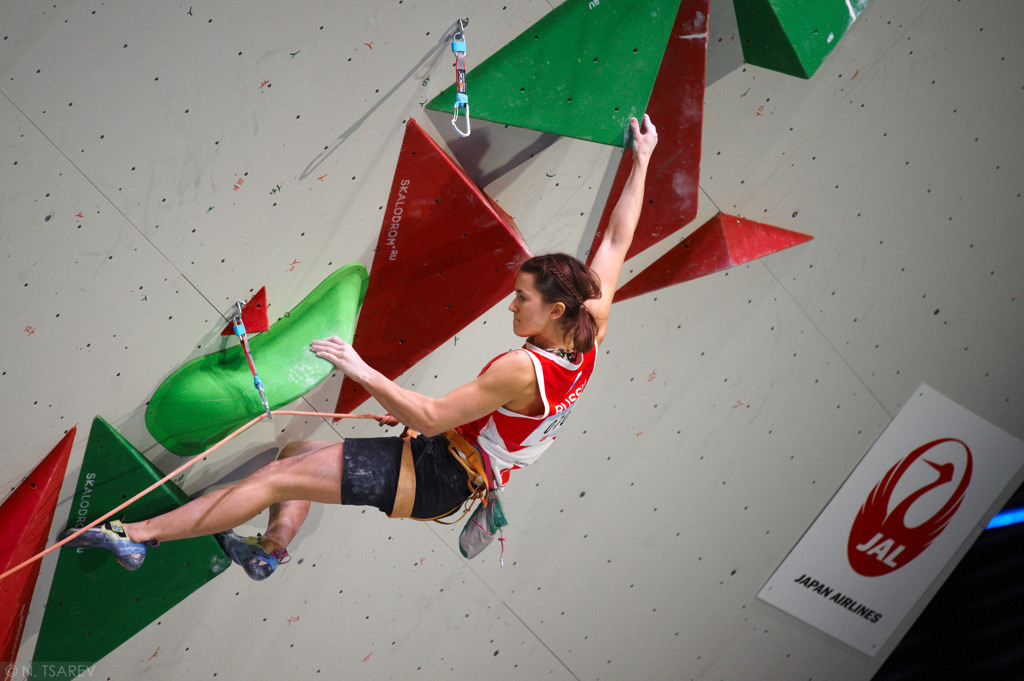 The European Championships, the first of the remaining four Olympic qualification events still to be held, kicked off in Moscow last Saturday. Concerned about the ongoing and then escalating Covid-19 situation a number of countries pulled out of the event some weeks ago declining to send their athletes. Nevertheless, those climbers who attending where massively psyched having hard trained hard for the event; literally one of the very few climbing competitions of the year.

The final two places for European climbers - one male and one female – for the 2021 Olympic Games are up for grabs at this competition. The punishing week-long competition was split into two halves. Firstly, the three individual Championships were held; Speed, then Boulder and then Lead. Secondly, the concluding Combined competition for the highest-ranking athletes from the individual events will decide the two much-coveted Olympics places.

This report is for the three individual events; we will report on the Combined event separately.

The Women’s event saw Iuliia Kaplin, just one of the Russian speed climbing aces, set the stage alight with a new World Speed Record of 6.964 seconds beating the previous record set by Indonesian athlete Aries Susanti Rahayu at last year’s World Cup in Xiamen (CHN) time of 6.99 seconds. This is the fourth time that Kaplin has set new World Speed Record and with her new record, she becomes the second-ever women to go under 7 seconds. 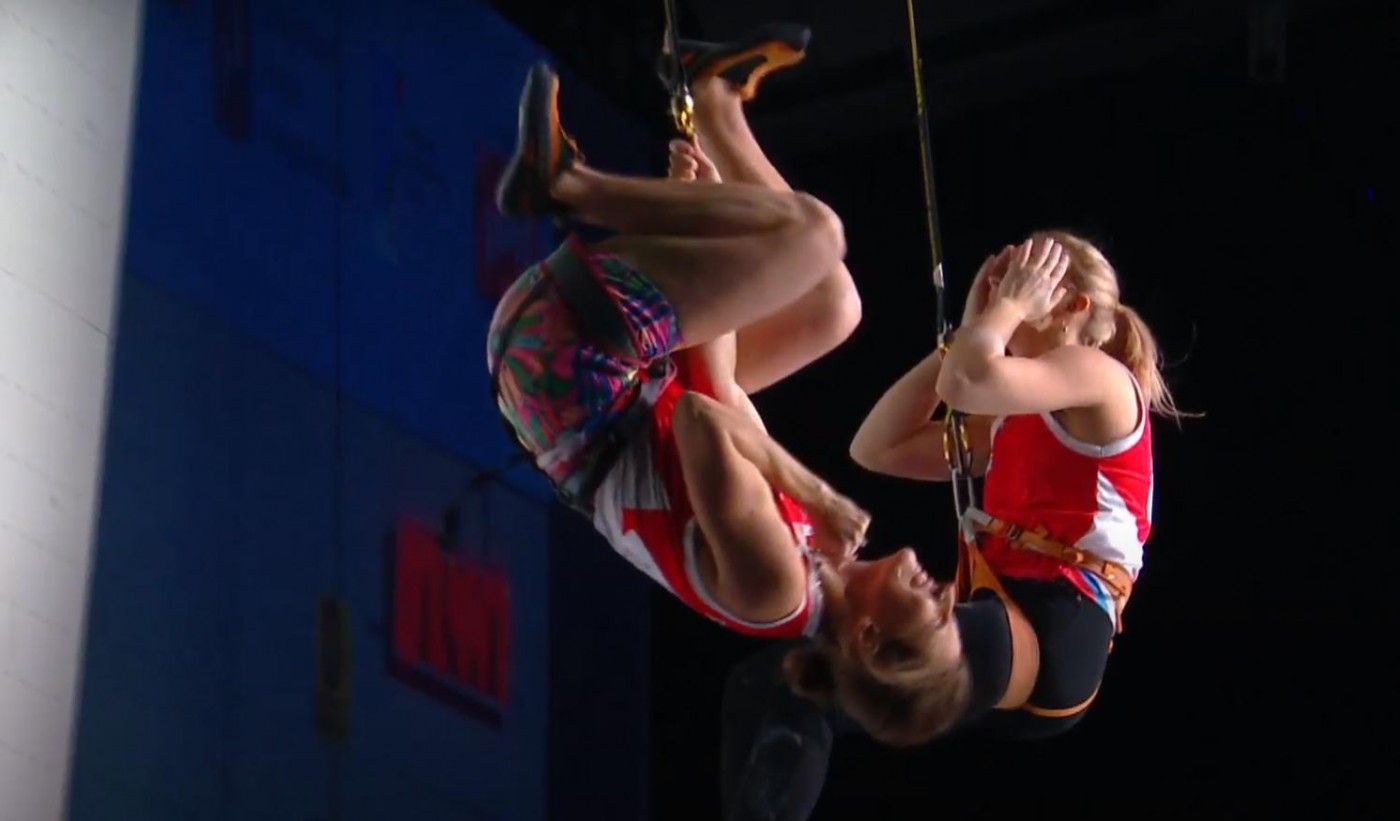 Will Bosi, having qualified for the Final finished the Speed in 14th place with a time of 7.80secs whilst Molly Thompson-Smith finished in 25th with 13.2secs.

The Qualification round in the Boulder Championship split the field nicely although the very best punched out the tops. Chloe Caulier, Eliska Adamovska and Stasa Gejo all topping four out of the five blocs in the women’s event finishing clear favourites. That said, there were six climbers in the chasing pack who all topped three blocs so it was all up for grabs.  The men’s saw a similar spread; the highest finishing four climbers all topped three blocs and a next nine climbers all topped two blocs! Aleksei Rubtsov, Ancze Peharc and Vadim Timonov finished in the top three spots. 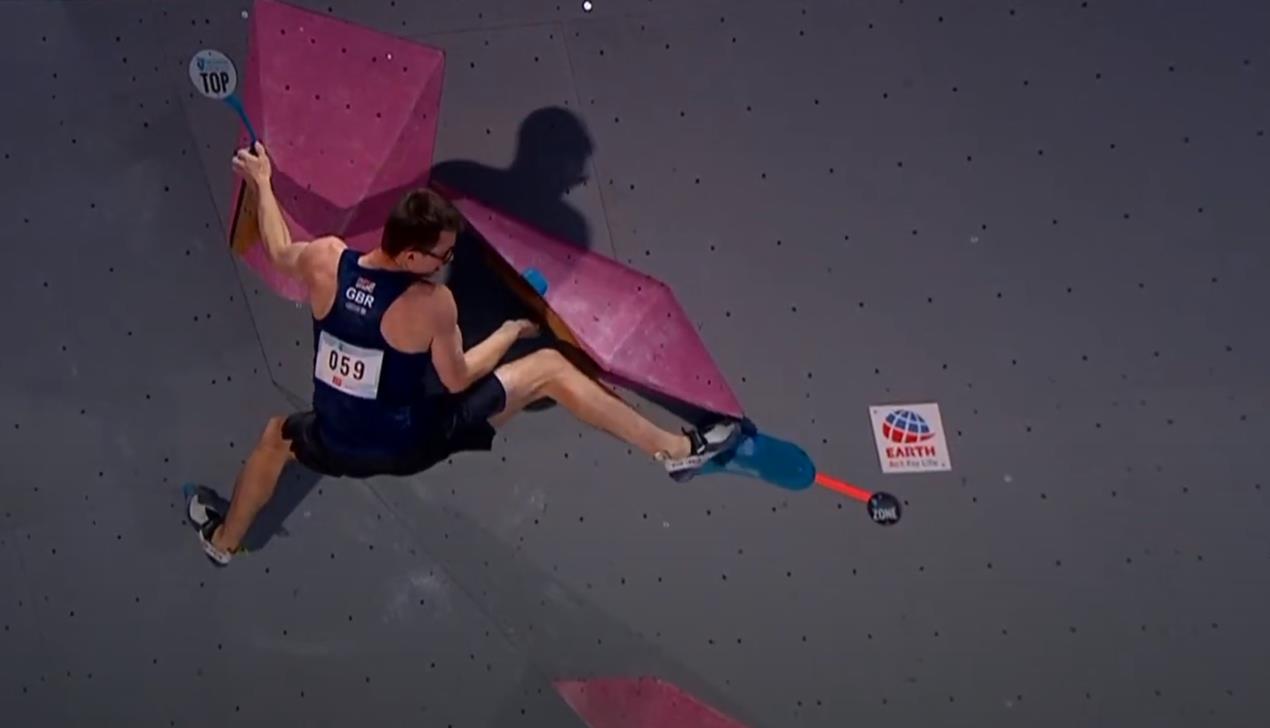 The women’s final was a particularly close run round which Viktoriia Meshkova finally taking the top spot ahead of Chloe Caulier. Both finished with four tops each but Meshkova just edged in front for the gold having taken one less attempt to get the zone holds. Stasa Gejo finished in third with two tops – just one zone ahead of fourth-placed Lucia Dorffel. 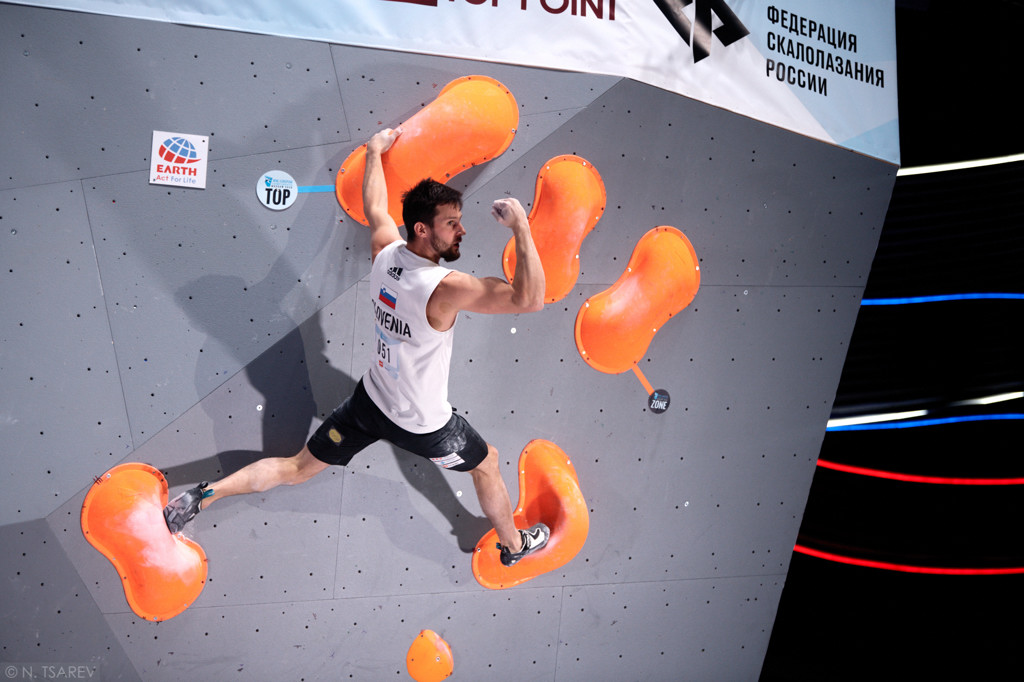 Over in the men’s Jernej Kruder was the stand-out competitor. Having finished the qualifiers in 5th place he was the only man to top four blocs in the semi going on to maintain his dominance in the final thanks to a stellar performance on M3. Although all the other finalists were unable to make any impression on M3 Kruder came out a promptly flashed it leaving everyone slack-jawed at his power and technique. Sergei Luzhetskii won silver whilst his Russian teammate Nikolai Iarilovets finished in bronze position – both topped one bloc each.

As per the Boulder Championship, Lead also featured three rounds; a qualification round, a semi-final and final.

The women’s qualification saw no less than 11 tops on the two routes; Viktoriia Meshkova, Chloe Caulier, Eliska Adamovska, Daria Mezentseva all getting double tops. Molly Thompson-Smith built on her solid joint 5th place finish on Q1 actually topped Q2 but dropped the clip whilst hanging off the finishing hold; her 7th place finish after qualification was thoroughly deserved however. The men’s qualification round also saw seven tops; two double tops from Sasha Lehmann and Hannes Puman – both signalling their clear intension on winning. Will Bosi finished in 10th place after two very solid lead efforts. 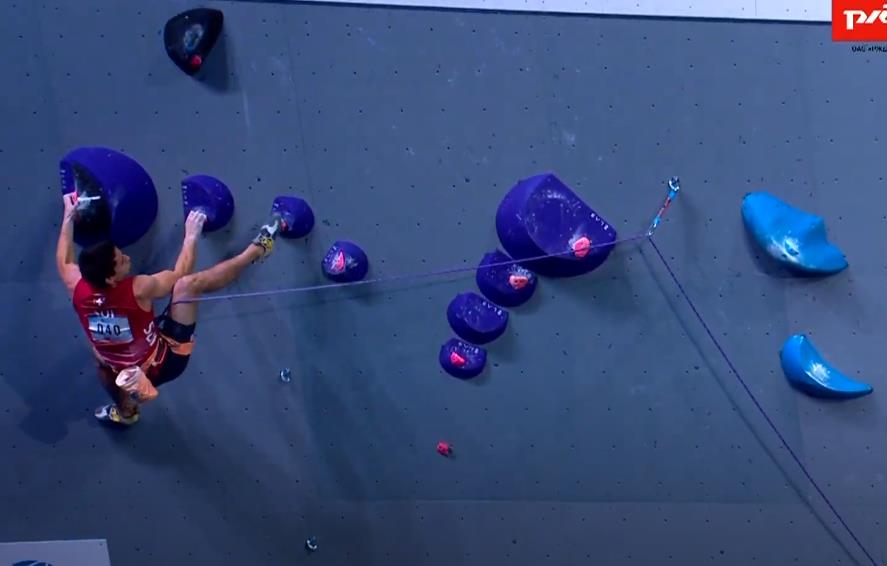 After a particularly close men’s semi Sasha Lehmann took the win in the final; Nicolas Collin and Dmitrii Fakirianov finished in 2nd and 3rd respectively. Nicolas Collin not only finished with a silver medal but he was the only male athlete to compete in all three finals! Will Bosi finished the Lead in 12th.

Following the three individual Championships, the top 20 placed athletes qualified for the Combined event. A separate report will follow on that.