As much of the country is being lashed with rain and many of the crags have slipped rapidly out of commission, Raven Tor is still in surprisingly good nick enabling both Hadyn Jones and Tom Randall to bank some well-deserved, end-of-season ticks. 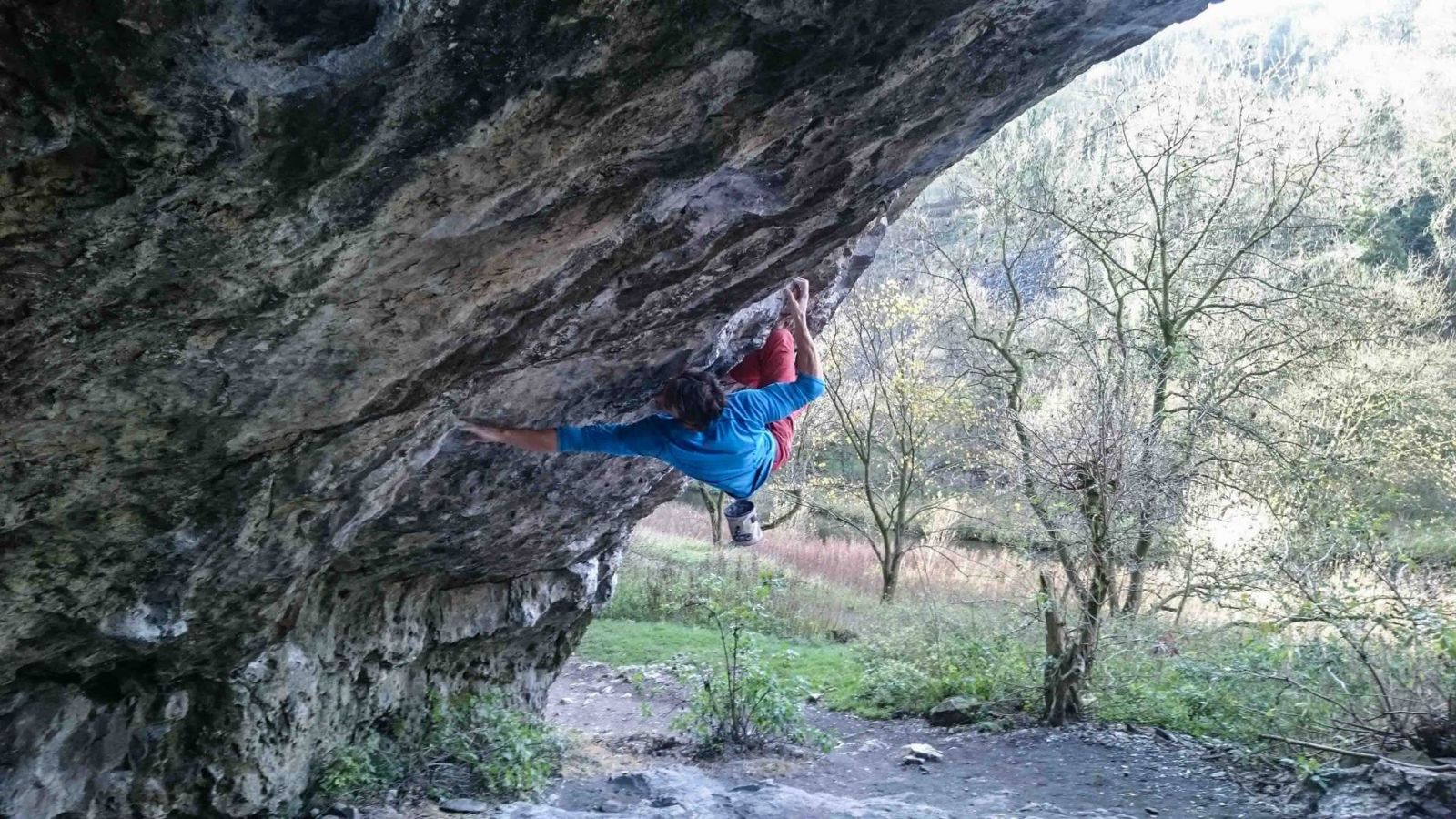 Earlier this week, and whilst the crag was suffering in near 100% humidity, Hadyn - keen fellow that he is – showed a degree of grit to get his long-awaited ascent of Mecca Extension (F8c). A little over a year ago Hadyn took a big fall off the finishing moves of the Extension. Unusually, he caught his leg in the rope as he fell which resulted in him being flipped upside down at the end of his fall when he promptly clouted his head and knocked himself out. John Cook (belaying) along with Lucy Creamer and Keith Sharples who were also at the crag, arranged and assist with Hadyn’s evacuation by ambulance. Despite the pretty severe bang to his head, Hadyn was released from hospital the day after. All year Hadyn has been firing through many hard blocs as well as the routes like the proverbial dose of salts. We’re really pleased that he’s made it back to the Tor and closed out his nemesis.

Tom Randall has also been taking advantage of the ‘still dry’ Tor. Yesterday, he repeated Steve McClure’s Cave Link-Up (Font 8a+), a problem which Tom believes was still unrepeated.

At a time when many folks are switching to indoor activities it’s great to see some end-of-season projects going down.