Doug Scott and Sir Chris Bonington launch Everest Challenge 2020 to raise vital money to support those in need in Nepal.

The intention is to raise £50k to support the mountain people of Nepal during the COVID-19 crisis. The campaign has been planned and launched by Doug Scott’s charity, Community Action Nepal.

The campaign centres on inviting supporters to climb the equivalent of Mount Everest without ever leaving the comfort of their homes. CAN’s (Community Action Nepal) plan is that people will climb an equivalent height of 8,848m on their own staircases! The campaign coincides with the 45th anniversary of the first ascent of the south-west face of Everest. 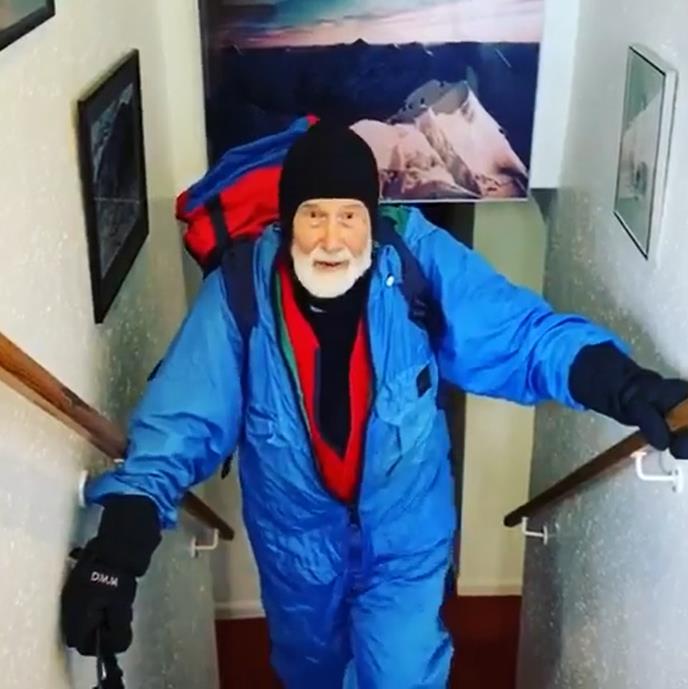 Doug Scott, founder of CAN, said: ““Community Action Nepal owes so much to climbing Everest by the south west face back in 1975. It all started there. It gave me a high enough profile that I could earn a living with time to spare to help those who had helped me climb their mountains. To be able to celebrate our achievements and raise money for CAN is a great honour and I thank everyone for getting involved, especially during these incredibly testing times.”

Sir Chris Bonington, the leader of the famous 1975 expedition added: “I’m incredibly excited to be celebrating the 45th anniversary of our groundbreaking achievement on Mt. Everest back in 1975. It was truly a team effort, in much the same way that Community Actioon Nepal are now inviting us all to come together to help improve the lives of the mountain people of Nepal. During this global pandemic, they really need our support more than ever. I’m delighted to be able to join our supporters in ‘climbing’ Everest again for such a worthwhile cause.”

CAN explain the challenge…

The challenge is very simple and is open to anyone and everyone, even if you’ve never set foot on a mountain before. To get involved, you simply have to:

There will be special prizes for the most imaginative climbs, including best outfit, funniest photo, most family members climbing together etc. So get your thinking caps on!  But that’s not all! The charity will be adding up how many stairs have been climbed and calculating how far up the mountain participants have collectively climbed. As certain milestones are reached, the charity will be releasing specially recorded interviews with some of the original team members, telling the incredible stories from that part of the mountain.

Watch a short video of Sir Chris explaining how to get involved below.