Red Bull have just released the latest Corey Rich Productions film, Avaatara, which features David Lama’s hard new free route in one of the world’s most impressive sinkholes in the Baatara Gorge, Lebanon. 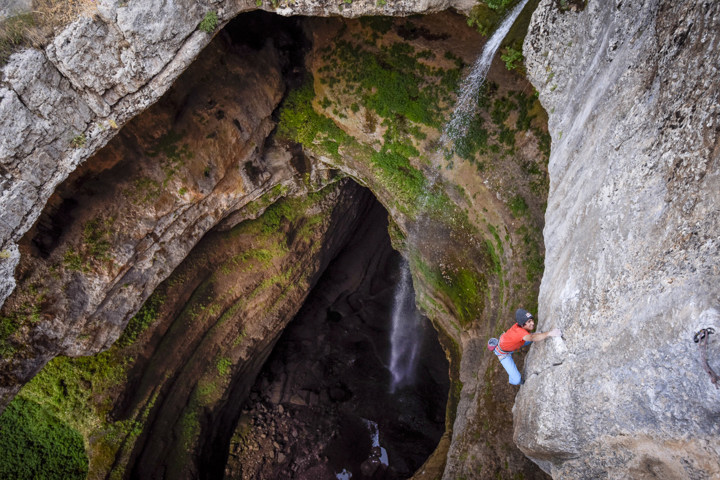 Lama’s new route, the first in the gorge, is tough at 5.14d (F9a) and climbing out from the huge sinkhole looks absolutely spectacular. Places like this – along with others like the Flatanger Cave, Norway and the giant Helmcken Falls, Canada - often have a very special ambience.