As the Scottish winter enters what might well be its final throes David MacLeod nails his latest and hardest bouldering project yet in Arisaig Cave to give Lithium (Font 8b+). 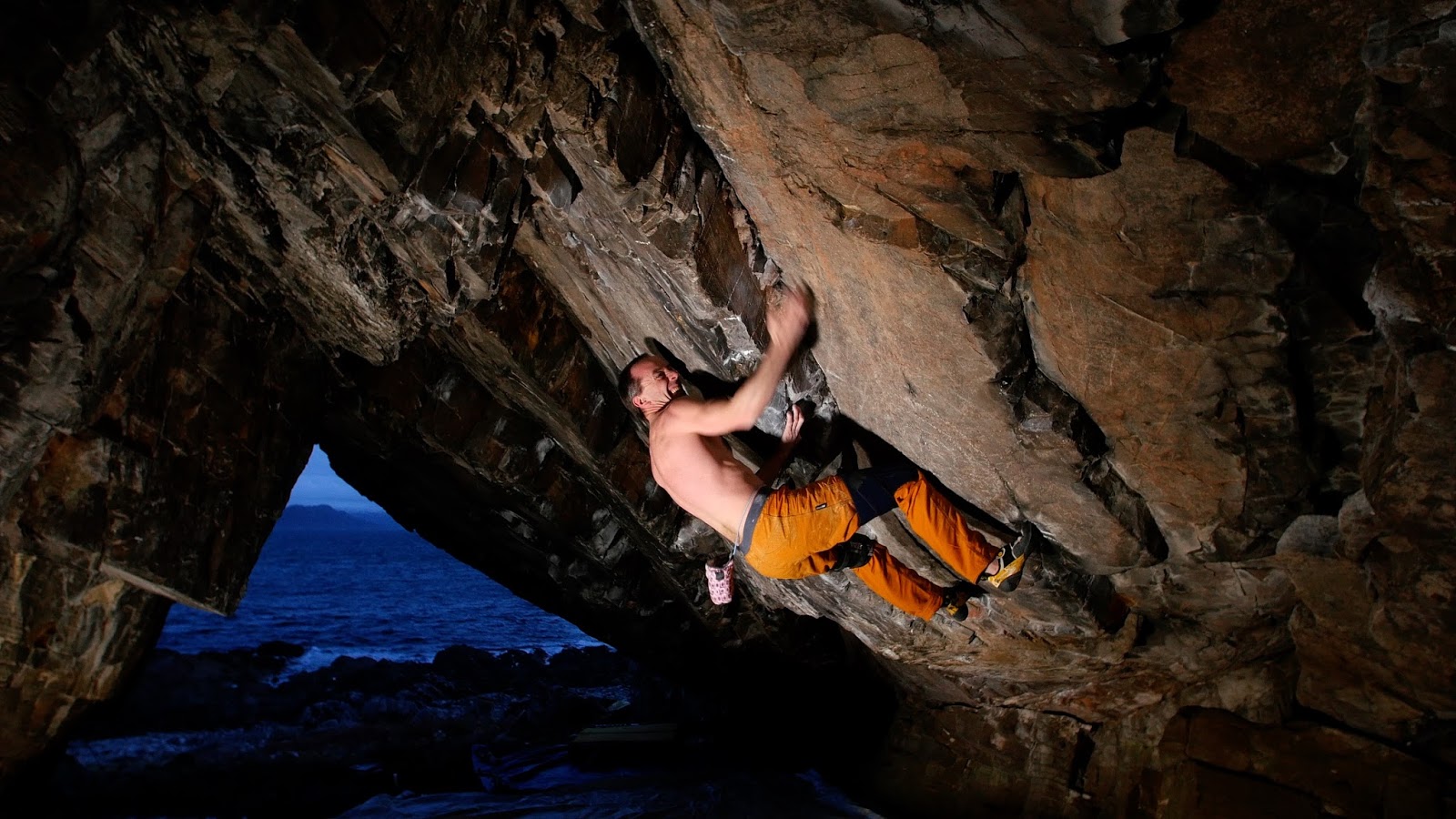 Dave on one of his latest attempts on Lithium. Video grab - Dave MacLeod

Writing on his blog, Dave talks about his time at Arisaig Cave – both what he enjoys about the perma dry venue and what he does during a typical visit. It’s well worth a read. Dave also writes about the conditions in the cave at length on his blog – as well as the psychological and life-style shenanigans that most projectors face.

So, Lithium then. The story starts back in December 2015 when Dave did the first ascent of 4th Wave at Font 8b – click through here for that report. As soon as Dave completed 4th Wave he immediately committed himself to another project – the monster link from the outside of the cave into and up 4th Wave. Dave comment thus on his blog at that time: “All a bit surreal really. I celebrated my moving directly on to the big yin - a link of my earlier monster line right through the cave into my now ex-project. 25 moves of Font 8a to an awkward kneebar rest and then into a tough 8B”. Dave was under no illusions it would be hard: “It’s an amazing piece of climbing. And it’s dry almost all of the year. That should give me something to chew on for a few seasons!”

Well it did give him something to chew on – for a while, 15 months in fact!

Contrary to his expectations Dave did his project quicker than expected: “a sure sign that it is easier than my initial expectation.” He’s uncertain of the grade however as he explains: “Going by Magic Wood, where I have done a lot of my boulder repeats in recent years, Lithium is definitely a grade harder than New Base Line 8B+, Shallow Water to Riverbed 8B+, Mystic Styles 8B+ and definitely harder than Practice of the Wild 8C. It feels similar in difficulty to In Search of Time Lost 8C which I tried for two sessions at the end of my last trip, and got good links on. But perhaps it is easier than The Understanding 8C which I tried for 30 mins but couldn’t do. By this logic perhaps it’s nearest easy 8C. But again, the UK perhaps has stiffer grading. Whether that is right or wrong is another argument. The bottom line is that it is very hard to reduce grading to an entirely rational calculation. I just don’t do enough bouldering to have a good handle on grades.”

Dave also explains how some of his strengths and weakness might have influenced the grade as well: ”It’s also a very specific type of climb, in some ways it plays to my strengths (steep, with rests and technical). But I think I am really weak on the undercuts and pinches. So someone else might find them much easier than me. So, lets go with 8B+.”

So there you have it; Dave’s thoughts on Lithium (Font 8b+).

Click though here to Dave’s blog and read all about Arisaig Cave including film clips of Dave climbing there as well as topos. Dave and Chris Prescott are working on a film due to be released later in the year.