Dave MacLeod repeats Return of the King on Scafell

Dave MacLeod has nipped down to the Lakes and repeated yet another of the hardest routes in the area, Return of the King (E9 6c), on Scafell.

As he says on his blog, Dave MacLeod has repeated a number of Dave Birkett’s hardest routes in the Lakes over the years including If Six Was Nine (E9), Caution (E8), Impact Day (E8) and Dawes Rides a Shovelhead (E8) these as well as John Dunne’s Breathless (E9). 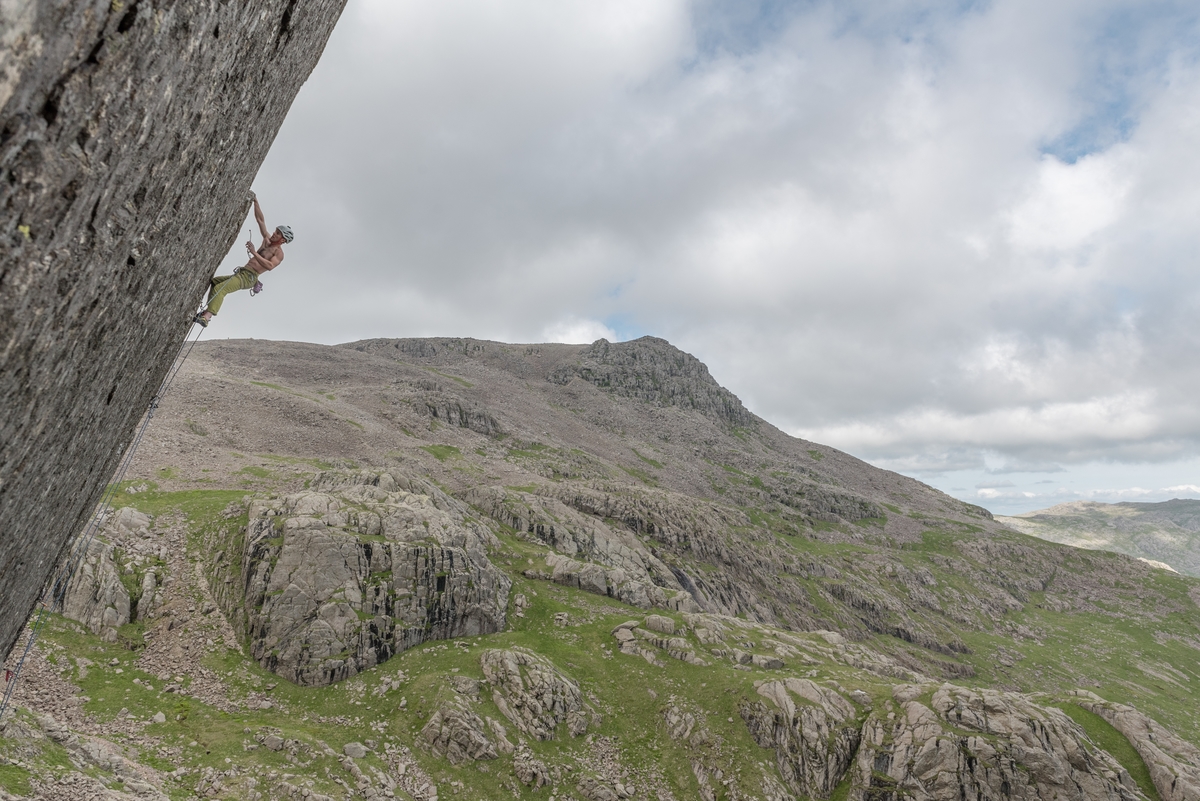 However, MacLeod has never been up to Scafell to tackle any of Birkett’s E9s up there until now. Scafell isn’t the easiest of crags to catch in condition either so Dave has done especially well to nip in and snatch that in a settled patch.

Dave admits his head was full of EU Referendum stuff during his first day on the route. He explains; “Last Tuesday I headed down and drove round to Wasdale for the first time. Lovely place! Having observed lots of ‘Vote Leave’ and UKIP banners in many of the Cumbrian villages on the drive round from Keswick, and having overheard several conversations in cafes and shops en route, I walked in with a head full of contemplation about the UK and its future, which at the time I still hoped would be to choose to stay in Europe.”

Definitely not an ideal head-space to be tackling an E9! Nevertheless by the end of day 1 Dave had topped roped the route. He returned after a rest day and led the route placing the wires on lead – something which others who had repeated the route hadn’t done preferring to opt for in-situ gear instead.

Read Dave’s full account of his ascent of the Return of the King (E9 6c) on his blog here.