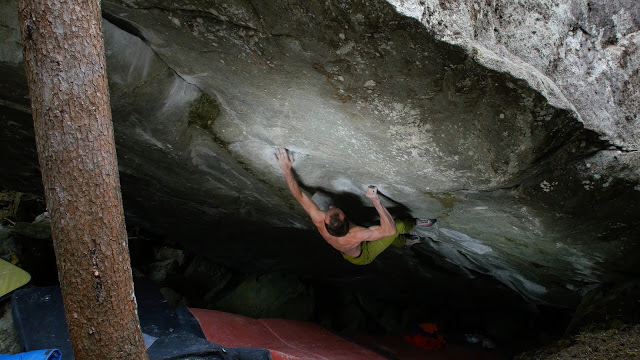 Dave MacLeod on Practice of The Wild. Video grab

As avid readers of his blog will know, Dave has been getting back to some great form recently. Last November he repeated two Font 8b’s in a night in Magic Woods; One Summer in Paradise and Riverbed.  Then in December he did the first ascent of 4th Wave (Font 8b) in the Arisaig Cave. Following the winter – and a few gnarly-sounding winter routes which Dave is quite partial too – Dave had a cracking visit back to Magic Wood in mid-April when he did Shallow Water to Riverbed at Font 8b+.

For some time now Dave’s blog posts – always erudite - have talked about his a new aspect of his training with which he has been ‘experimenting’. Dave has also talked about one of his long term objective Practice of the Wild. Back in November 2015 he had this to say about spending some time on POTW on his then most recent trip; “I had one session left and decided to return to Practice of the Wild. It was still really damp (it’s in a deep cave and seems rarely totally dry) and on warming up I almost just left it because the holds were quite slippery. But curiosity basically drove me to keep trying and after an hour I finally managed to do all the moves. I couldn’t do any more than that, but I was ecstatic. For me that feels like a real breakthrough and a tentative thumbs up for some changes in my training picture recently.” Dave was clearly delighted – rightly so – with progress as his next comment showed “It’s definitely put some extra fire into my motivation to train specifically for bouldering and return to Magic Wood with the confidence that this climb is actually a possibility for me.”

Although Dave boulders pretty hard he’s well-known for being an all-round climber and that has clearly had an impacted on his bouldering outputs . Having sent POTW he lays out his bouldering outlook/outcomes on his blog thus: “Although I do boulder for quite a few months in the year, sometimes as much as 6, I’ve never got much beyond a handful of Font 8Bs. On my 2012 visit, feeling in good shape for me, I did manage two 8B+s (New Base Line and Mystic Stylez) which I was very surprised and delighted with).  He then talks about POTW: “In 2012 I did try Practice of the Wild for a session, and confirmed that it was indeed far too hard for me. I couldn’t do any of the crux moves. None. But that was sort of irrelevant. Because I was inspired by it, which is all that really matters. I’m fully accepting that when you try something hard, you might never succeed. If that wasn’t true, it wouldn’t be hard, would it? So who cares whether it’s too hard, so long as it drives your motivation.”

Dave’s repeat of POTW last weekend shows Dave’s determination to break new ground which, given Dave is now 37 and he’s suffered quite badly with injuries – some of which have required surgery recently – is all the more impressive.

Making improvements as you get older isn’t easy despite being a coach and have a considerable amount of climbing experience. Arguably, assessing and understanding what you believe is holding you back is the starter albeit the kicker is then knowing what to do about it. In truth though, both are crucial elements guarding the way to success.

Dave has written about his diet and weight loss in outline on his blog. He’s clearly been doing lots and lots of reading and has promised to spill the beans, as it were, shortly. The world over has had more fad diets than you could throw into a MacDonald’s garbage bin what Dave has been talking about sounds - as you'd expect - to be different. However, until Dave tells us more on his blog we can but speculate which – frankly – is nothing but a waste of time. Watch this space – or rather Dave’s blog - for the answers! 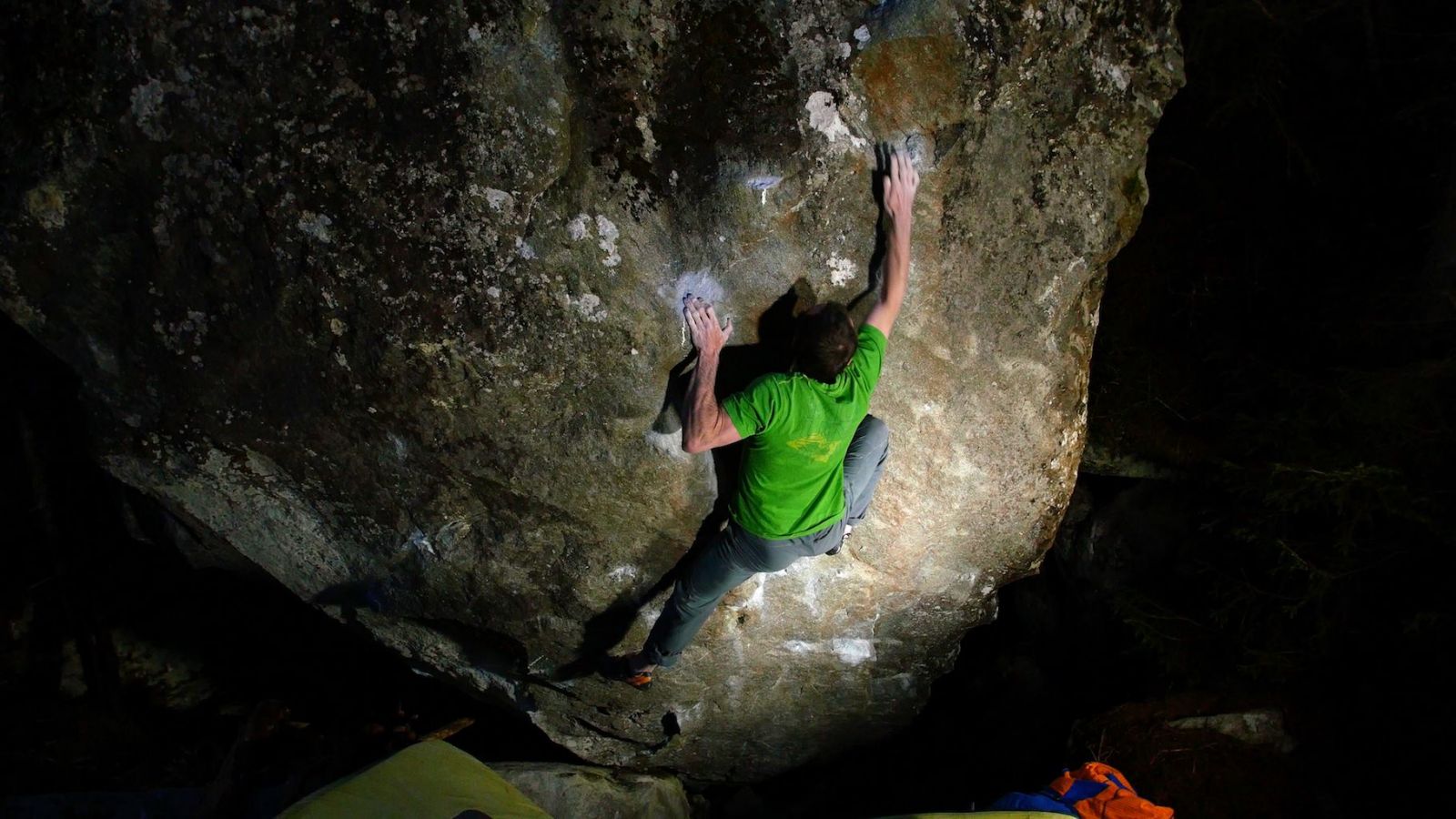 Meanwhile, Dave’s march on the Magic Wood blocs continues – he ticked POTW  last weekend but this week he’s banged out another couple of Font 8a/+.

Watch Dave climbing Shallow Water to Riverbed (Font 8b+) below…