Dave MacLeod is the Red Dragon

Dave MacLeod, someone who knows The Ben better that most, has just done the first ascent of yet another new route – Red Dragon (VIII, 9).

Dave MacLeod’s new routing pedigree is well-known for being up there with the best,  although for a while now he has been (by his standards) pretty ‘quiet’ whilst he’s been working on his new book – Make or Break. However, now that his book has been published and he’s getting back into active service it looks as though he’s moving up nicely through the gears. Following the first ascent of Transition (VI, 7) on Ben Udlaidh in early February Dave has just done the first ascent of Red Dragon (VIII, 9) up the steep walls right of Echo Wall – his mega rock route from 2008. 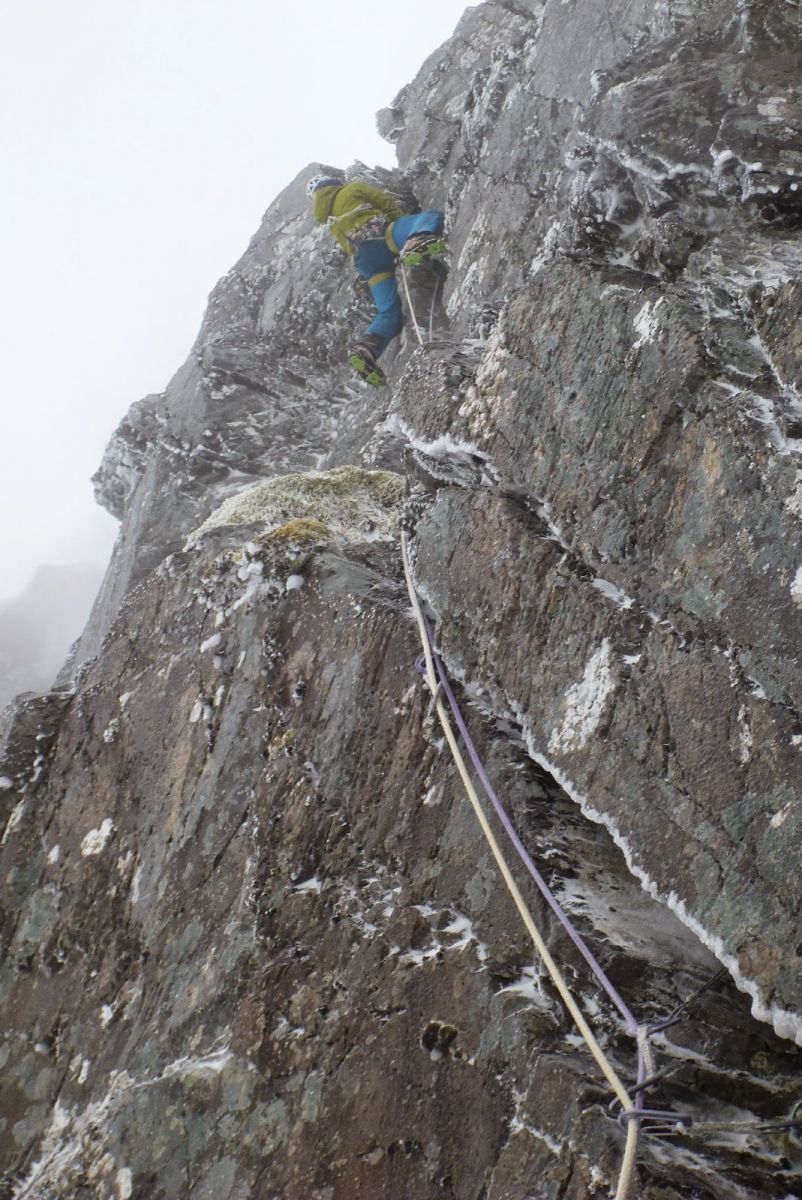 Scotland has seen some amazing action this winter although the strong westerly have keep a stormy theme going for some time – so much so that lots of climbers have ‘just got on with it’. Such was the case with Dave’s ascent of Red Dragon. Writing on his blog Dave sets the scene; “Helen Rennard and myself were getting a bit fed up with waiting for a break in the stormy weather on the mountains, so we went up Ben Nevis on a blustery morning. There had been a very brief overnight thaw which we hoped would firm up the dangerous approach slopes. But as it got light it appeared to have stripped our possible new route objective. I also fell through a snowbridge on the path and went up to my knees in water. So we sat in the CIC hut for a while drying my boots and figuring out where to go.” 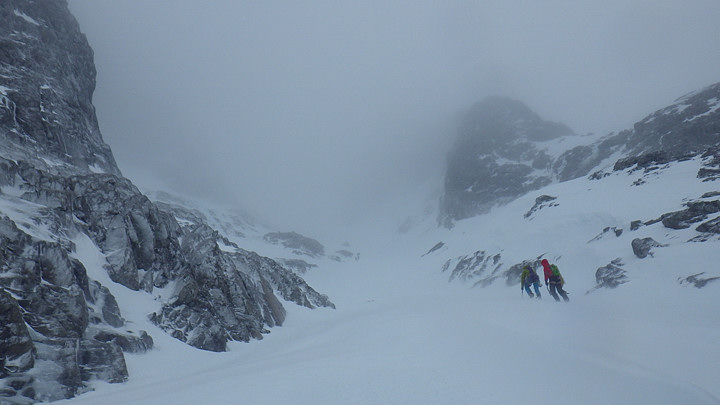 Dave opted for the steep wall right of Echo Wall which was sheltered from the westerly’s. Overcoming heavily verglassed rock/cracks and poor protection, Dave eventually succeeded on the first pitch with crucial protection from two Spectres. A second and final pitch and then the long walk down rounded off what sounds a feisty new route snatched from the jaws of a pretty grim day. Dave’s conclusion; “We thought it would only be VIII,9 if the crack wasn't verglassed and would accept cams. It was a fine winter adventure - it does sometime pay off nicely if you press on through all the hurdles that Ben Nevis throws at you. But only with your wits about you at all times.”

Tomorrow’s (March 4th) forecast looks quite peachy by comparison and with Dave heading back up the hill maybe we’ll be reporting again soon with news of another MacLeod route so stay tuned.

Click through here to go to Dave’s blog to read a full account of his first scent of Red Dragon.

Many thanks to Helen Rennard and Blair Fyffe for the use of their images.

Finally, a review of Dave’s book Make or Break will be published soon in CLIMBER.