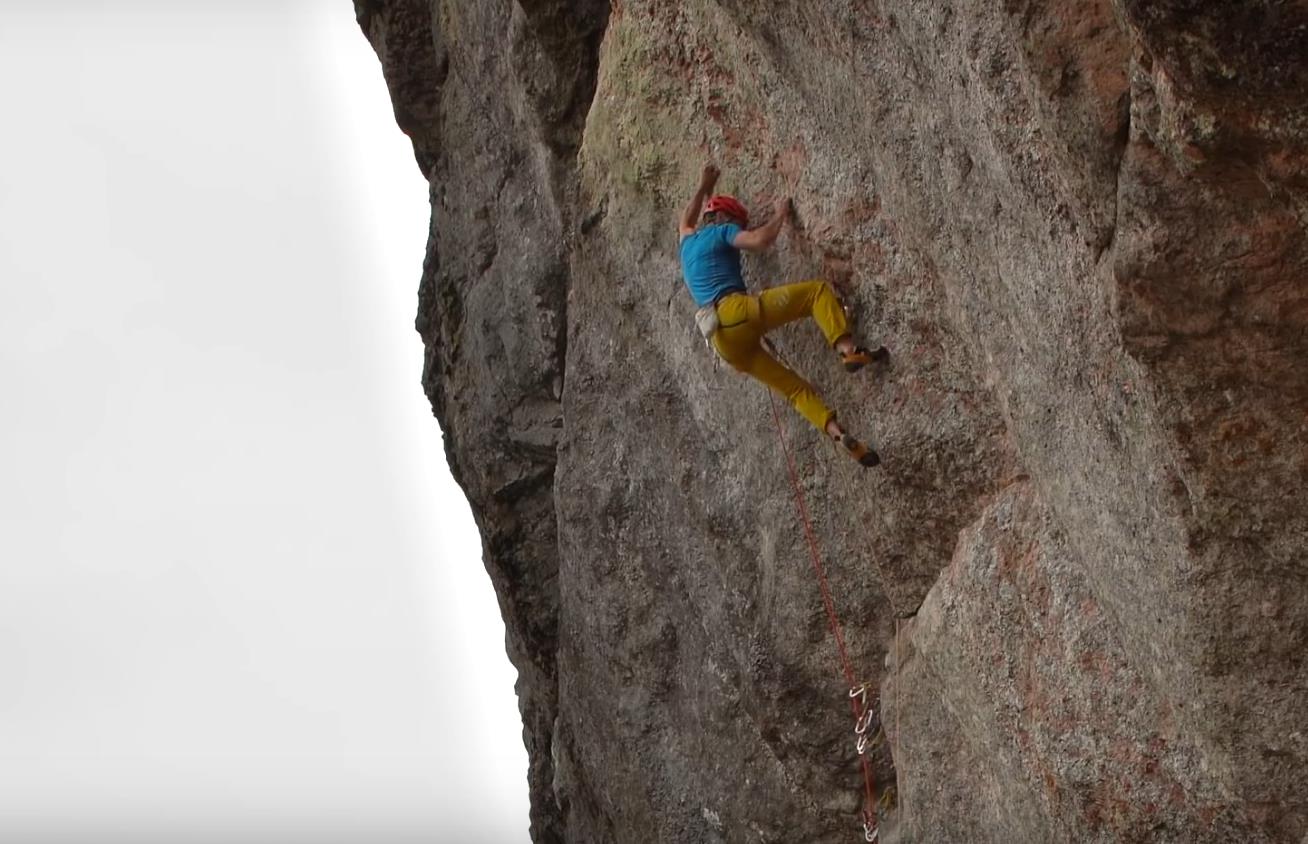 Having top-roped the line, the time had come for Dave to either have a crack at the lead or sack it off for the season and return next year. However, on the day Dave arranged to meet Masa Sakano and have a go at the lead the conditions were poor; windy with intermittent rain.

Having set the route up for another top-rope burn, Dave changed his mind and had a go on the sharp end instead. Writing on his blog Dave explains how that went: ‘On my first attempt, I slipped off one of the holds on the technical crux, but thankfully a body length before the runout gets into slab-hitting zone.’ Fortunately, Dave’s second lead attempt went better; ‘ The second attempt I climbed the crux probably better than I ever have and same for the upper crux. I was definitely climbing well for me and feeling fit, light and strong.’

Dave graded Mind Riot E10 7a saying this about it on his blog; ‘Overall I’d say the route is almost as hard as I’ve climbed on trad. It was a long time ago but probably only Echo Wall is harder, since it is more serious again with poorer protection.’

Irrespective of the grade, it’s clear that Mind Riot is another excellent addition from Dave to the Scottish list of test-pieces.

Click through here to read more about Dave’s thoughts especially on the grading aspect.

Watch a video from Dave about the route below…