Dani Arnold has nipped in for two more impressive speed solos in the Alps. 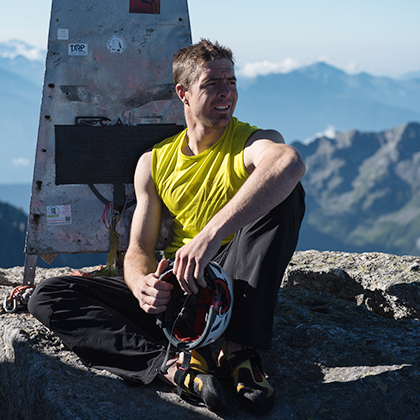 Mammut athlete Dani Arnold, was last in the news – click here for that report – when he did the second ascent of Dave MacLeod's Anubus (X12, 12) on Ben Nevis. Since then he’s been focusing on speed ascents. Arnold already had the speed ascent of the Eiger to his name – his ascent being faster than Steck's then best time – but in April of this year he topped out on the Schimd Route on the Matterhorn in just 1 hr 46 mins bettering Steck’s 2009 time by a full 10 minutes. 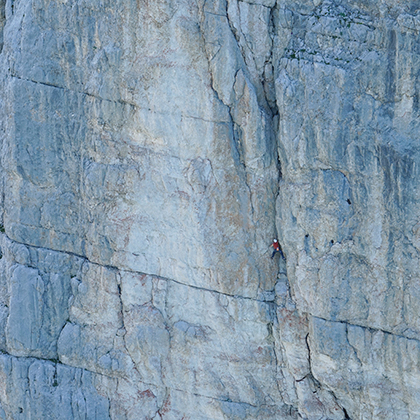 Dani Arnold on the Carlesso Route

Over the summer Arnold has donned his rock shoe for his two latest speed ascents. Hardest of the two routes was the Carlesso route on the Torre Trieste in the Dolomites. At 25 pitches and graded F7a+, the Carlesso route in a substantive undertaking. After a couple of roped reconnoitres with a variety of partners, Arnold posted a time of 1 hr and 8 mins for the 650m high Carlesso route. His other target was technically considerably easier at F6a but no less majestic; the 800m high Cassin Route on the northeast face of the Piz Badile. Arnold did the Cassin in just 52 mins.

For more details click through here. See below for a short video of Arnold in action on these two routes.