Craig Matheson continues his assault on the hardest routes in the Lakes with a repeat of Hasty Sin Oot Ert Hoonds (E9 6c) at Cam Crags, Wasdale. 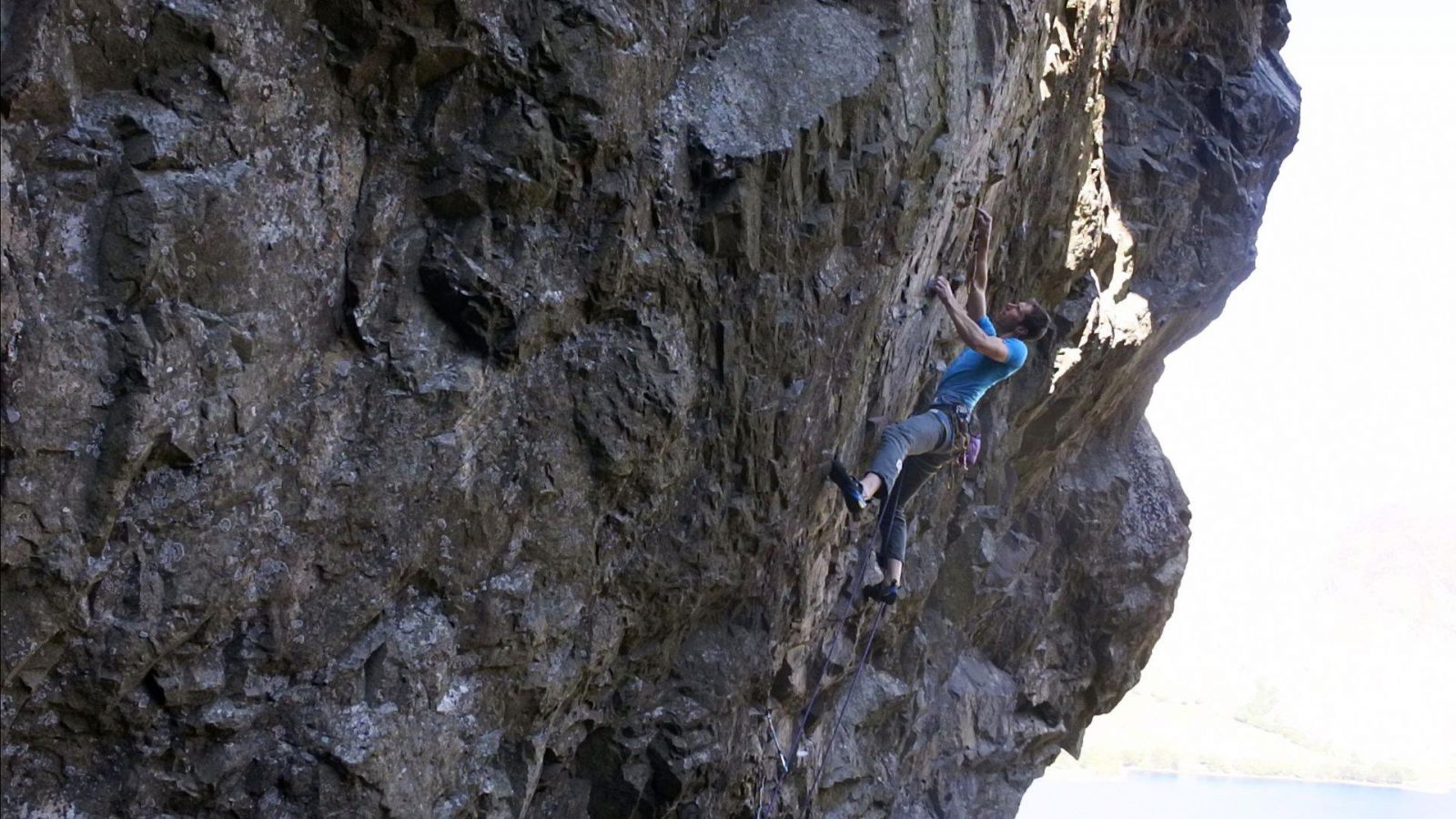 Originally climbed by Dave Birkett in 2007, Hasty Sin Oot Ert Hoonds, is the hardest of Birkett’s three Cam Crag routes. Birkett’s first effort at Cam Nowt but a Fleein’ Thing (E8 6c) was climbed in 2005 and duly immortalised by Al Lee’s incredible photo of Birkett on the first ascent. Lookin’ Lish (E8 6c) was done by Birkett in 2011.

Anyone climbing hard routes in the Lakes will inevitably get drawn into repeating Birkett routes; Matheson seems to be working through the list. Back in September of last year we reported (click here for that report) that Craig had made the first ever repeat of Welcome to the Cruel World on the massively overhanging East Buttress, Scafell. Hasty Sin Oot Ert Hoonds is his latest Birkett repeat. The only other known ascent of Hasty Sin Oot Ert Hoonds was done by Jordan Buys.

Overlooking Wast Water, it’s a hard 90 minute slog just to get to Cam Crag; jokingly, some have speculated about that the walk-in alone is worth E9. Craig doesn’t disagree; “E9 for the approach sounds about right. Endless boulder hopping, vertical heather and loose scree!” he wrote on social media.

Picking-up on the walk-in and the recent wet connies in the Lakes Craig told CLIMBER about how his recent trips went:

“I had been up a weekend or so earlier to lead the route only to find it soaking wet when I arrived. It’s a pretty tough walk to the crag (steep and loose) so finding it wet is a real motivation destroyer. The main difficulty though is with temperatures and wind chill. The crag doesn’t get much sun at this time of the year and the wind blows up the scree towards the crag so it can be uncomfortably cold. When I led the route wearing only a T-shirt, this almost cost me the ascent as my forearms were getting too cold to function properly and I had to fight harder than I wanted, over-gripping and not relaxed.”

We asked Craig about how the route pans out, especially the hard and poorly protected initial wall:

“The route starts up a short vertical wall (to 4m) where you can clip a pathetic looking leeper, an old blade in crumbly rock and a pretend thread. There is also a slider but the placement is a bit flared and it’s more of a confidence booster than a lifesaver. From here you have to explode up the wall on powerful moves to clip a sawn off channel (in about 1 inch). More hard moves (long reaches on slopers) leads to a point at 12m where you’re pumping out and have to place a Micro Wallnut 0. This placement is ok to sit on, but at only 2kN breaking strength this type of protection isn’t really designed to take a leader fall. (Dave Birkett also managed to place a Rock 4 at this point via a heinous reach, but the placement isn’t that good so neither myself nor Jordan bothered with this). A couple more 6c moves gets you to a jug at about 14m – phew!”

And as if the route wasn’t hard enough it also lost a hold. Craig told us about the lost hold and how that has affected the route:

“Half way up the lower wall there was a sharp crimp that was used to either pull through on, or use as a helpful intermediate during a long pull. (Dave Birkett can be seen pulling on this hold p.307 of the Scafell guide). As you also used this hold for your feet as well as your hands, it meant the climbing just became that more physical, but it doesn’t change the grade.

The hold just exploded off in my hand, thankfully when I was working the line and not leading it. Unfortunately it’s just the nature of the rock, but I did phone Dave to apologise for my heavy handedness!” 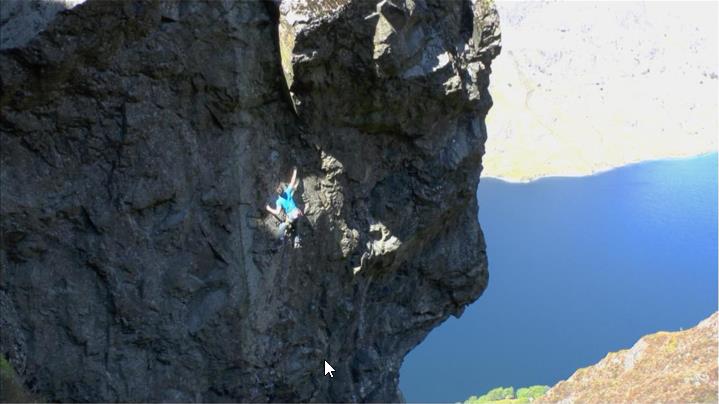 Fortunately the top half is less stressful as Craig explained:

“The top half is ok, with the most awkward bit being the final groove – you could easily get spat out of this if you’re not careful or low on power, as the moves involve long pulls and the feet are smeary. On the lead you just have the mental pressure of knowing that you really don’t want to push your luck on the lower wall again – so you can’t afford to get anything wrong in the groove!”

After his ascent Jordan he said he thought it was about F8a+; did Craig agree with that?

“I’d take Jordan’s word on this as he does a lot more sport climbing than me. I’d describe it in ‘old money’ its sustained English 6c on the lower wall but in a situation that could be terminal if you test the sawn off channel peg or the Micro Wallnut 0. The upper wall is reachy English 6b.”

We couldn’t resist asking Craig about the Dave Birkett E9’s in the Lakes. Firstly, how does Hasty Sin Oot Ert Hoonds compare with Birkett’s other E9’s and how many did Craig still have left to tick-off?

“I’ve taken a look at most of Dave’s other E9’s (of which there are 5 or 6 in the Lakes) and I’ve repeated 2 of them. I did Welcome to the Cruel World last summer and this is a much harder proposition than the others in terms of pure difficulty (English 7a moves and about F8b+). Hasty Sin Oot Ert Hoonds probably sits somewhere in the middle – it’s pretty difficult (F8a+) but at least there is some gear on the route. Hopefully by the end of the summer I’ll be able to make better comparisons!”

Craig is sponsored by Ocun.