Crack Fest 2022 goes down a storm in Sheffield

Ryan Gilbert and Mel Talbot were crowned Crack King and Queen at the recent Wideboyz Crack Fest at The Depot, Sheffield. 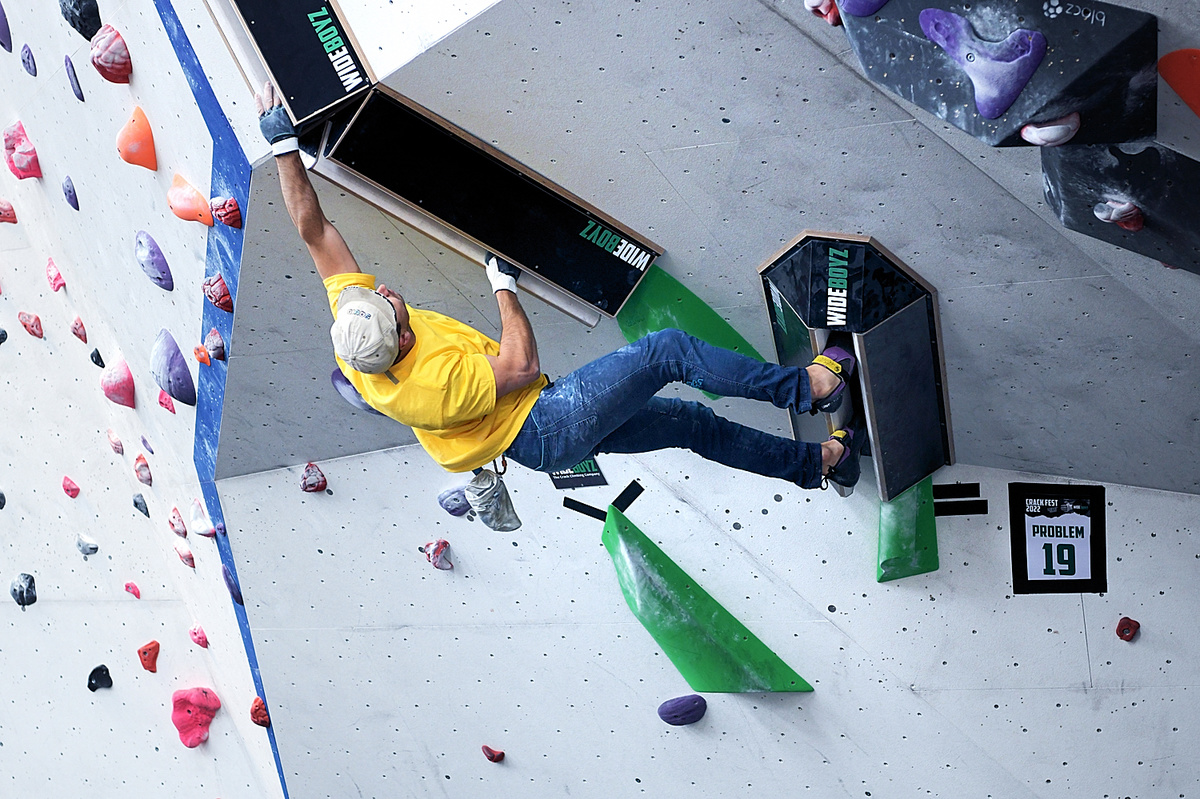 For the second time ever, The Depot, Sheffield hosted the Wideboyz Crack Fest last Saturday. Having sold out within hours of going live, 250 crack-hungry climbers were beating down the front door at The Depot at opening time. Behind the doors were 25 crack blocs and five ‘special’ challenges set by leading crack climbers Pete Whitaker and Tom Randall – a.k.a. the Wideboyz.

Amongst the delights on offer was a 10m roof-squeeze which finished in a hand jam crack, a Meiringen-style world cup style bloc, a feet-first handstand start roof crack, as well as numerous straight-in and/or flared cracks. 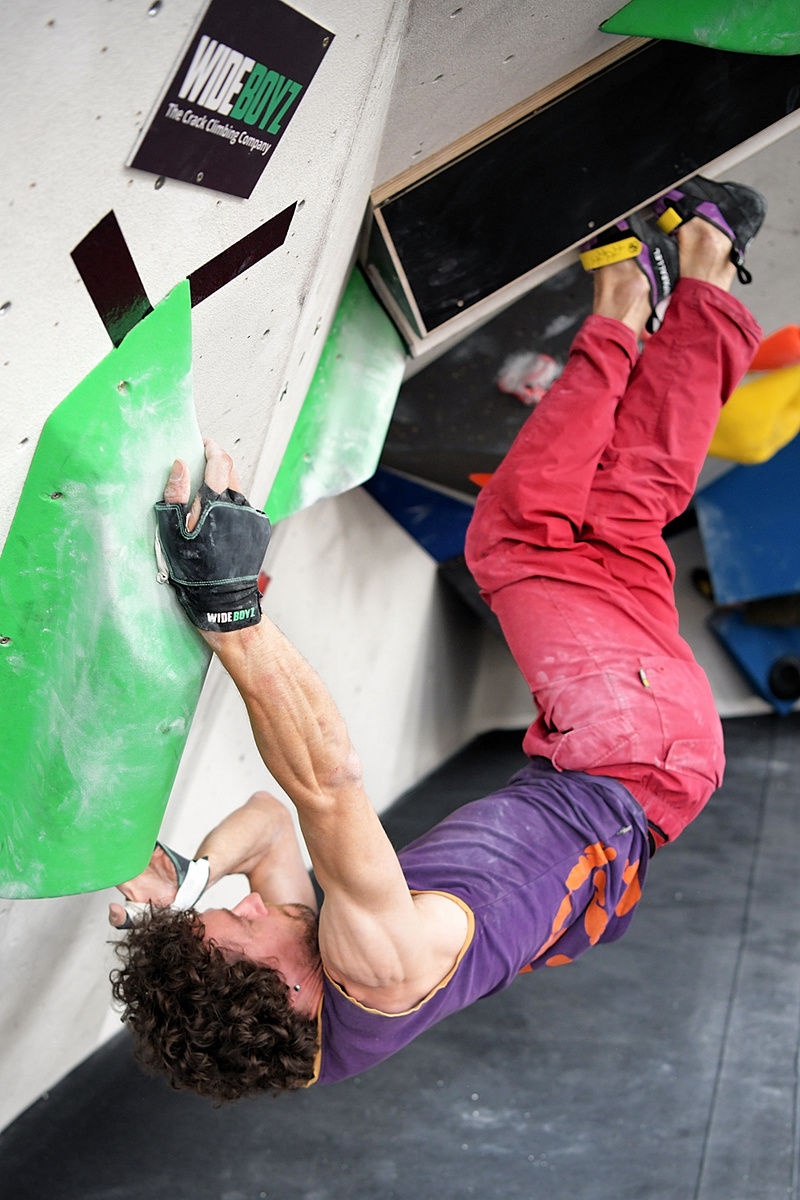 One of the hardest blocs, which apparently defeated all attempts, was a cave-roof deep within the bowels of The Depot. Involving what was said to be V8 difficulties, the cave-roof featured a feet-first inverted start into a fist crack followed by a tight hands crack to a hand-jam crack to finish. Those with their fingers on the pulse could have watched a video of the cave-roof (posted on the Wideboyz social media) being climbed by Tom Randall the night before the festival! Those that didn’t, had to dig deeper - much, much deeper it seemed. Some even tried alternative beta of a non-inverted start but that necessitated some vicious fist jamming from the get-go.

The festival was open for all comers and attracted both seasoned crack climbers and beginners alike as well as a few older completion climbers and invited guests. A number of crack-climbing workshops were held during the day where climbers new to crack climbing got coaching from experts in the dark art of crack climbing including tips and tricks from Pete Whittaker himself. 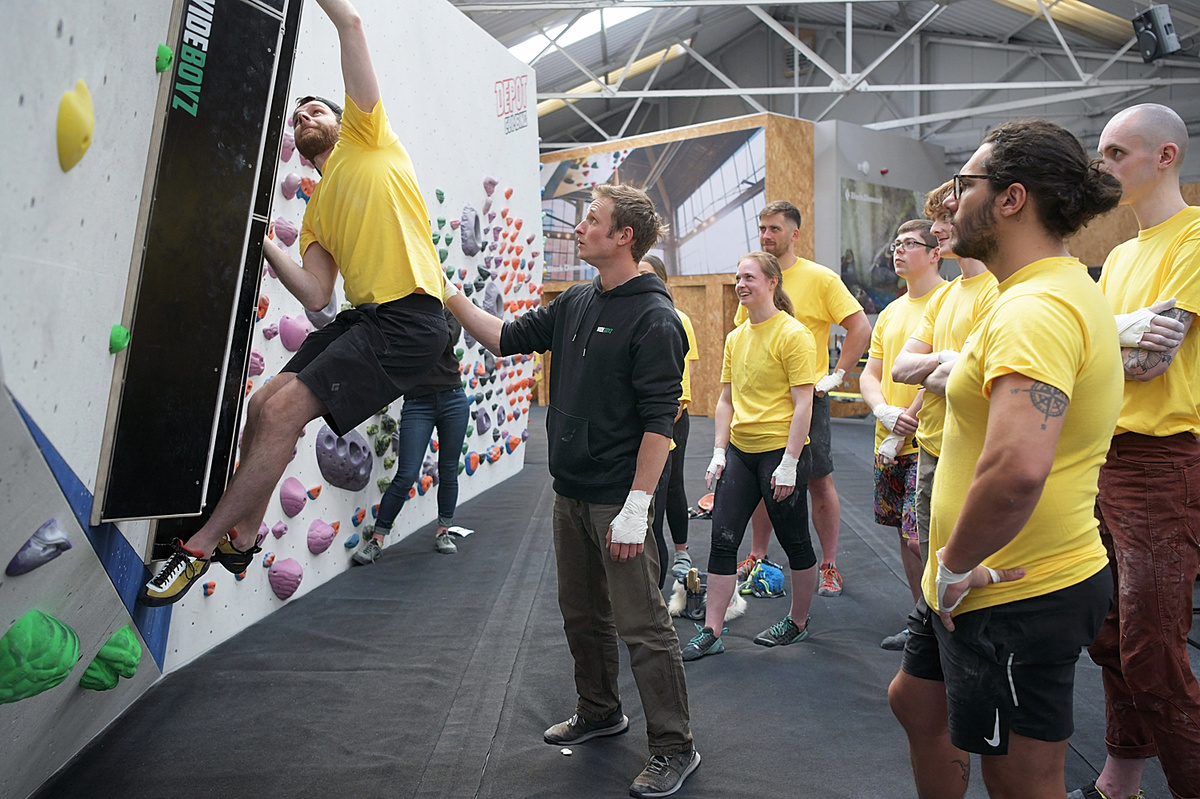 The top eight men and eight women from the qualification round went forward into the semi-final where two side-by-side crack climbs were climbed in a head-to-head contest – the fastest climber advancing to the next climb-off! Once the dust had settled, Ryan Gilbert and Mel Talbot emerged as Crack King and Queen. 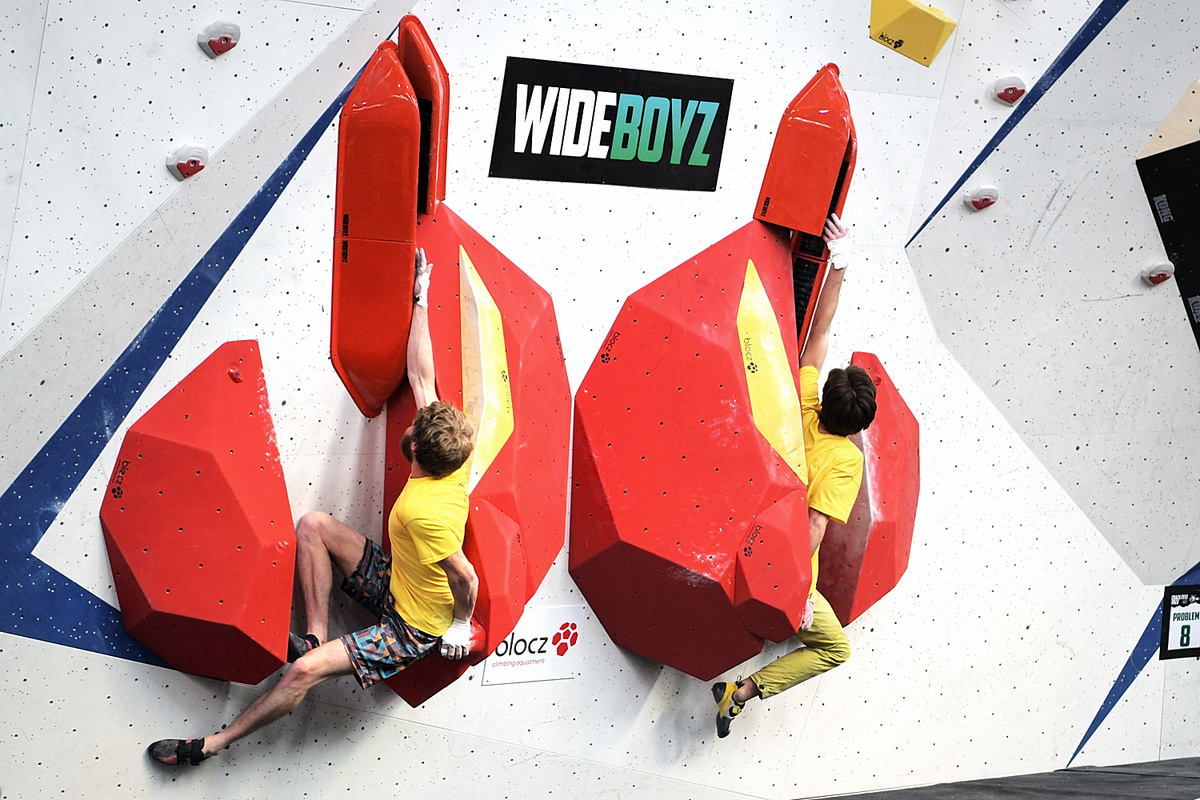 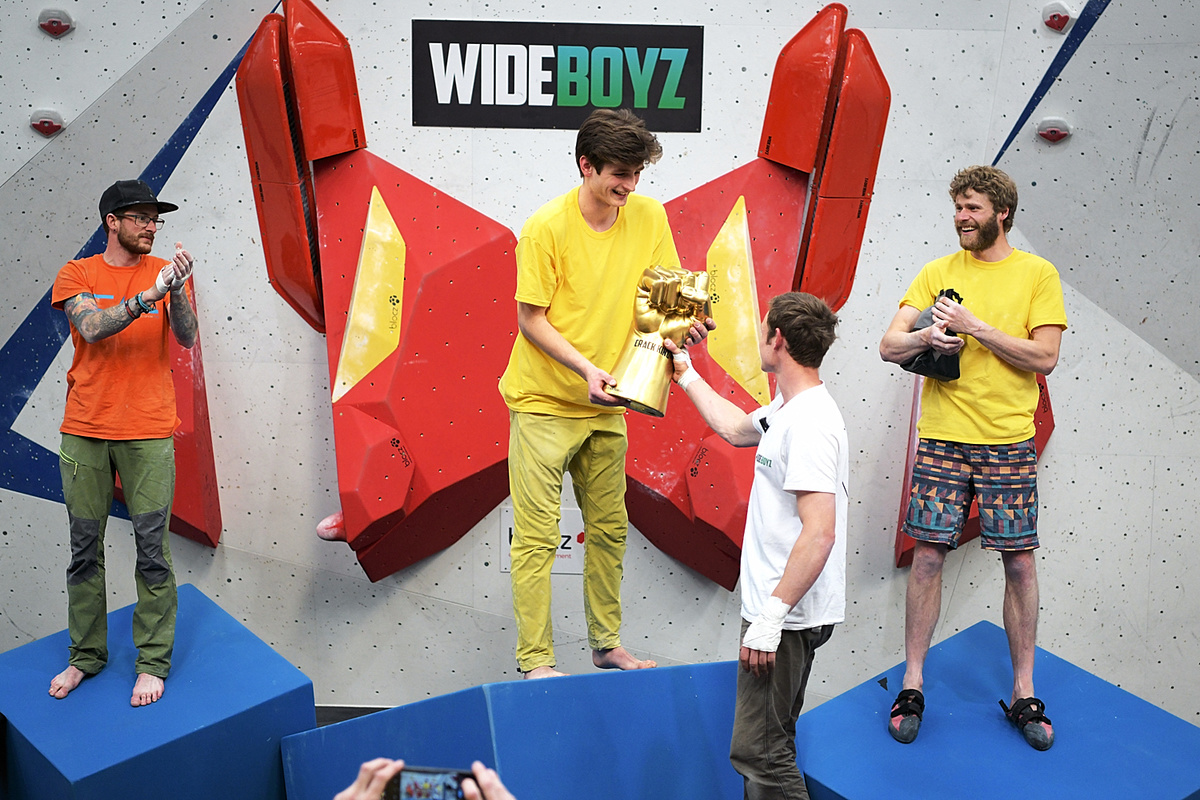 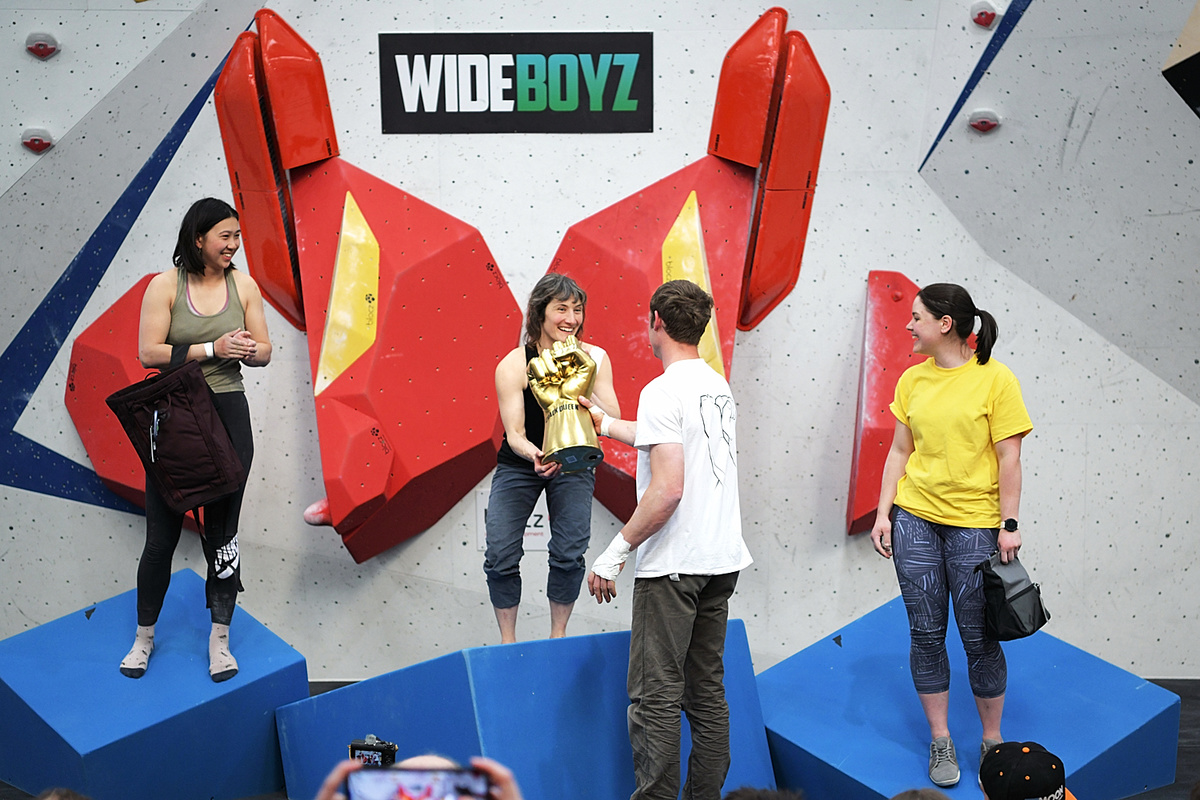 A report will be published in the next issue of Climber magazine.

For more photos of the Crack Fest follow the Wideboyz here. Videos of the festival will be released in due course to keep crack climbers everywhere psyched until next year's crack fest which the Wideboyz say will be even bigger and better! As they say... #crackisback