Jacob Cook, Dave MacLeod and Calum Muskett have been flat-out, having a full-on adventure on Disco 2000 on the north face of Blamman in Arctic Norway. After considerable effort scattered across the rain-impacted trip, Dave MacLeod managed to free all the individual pitches. Jacob Cook freed all-but-one of the pitches as well. Calum Muskett - who joined in the effort after MacLeod and Cook - descended early to enable Cook and MacLeod to top-out. Continuing bad weather prevented the team finishing off with a one-day ascent. 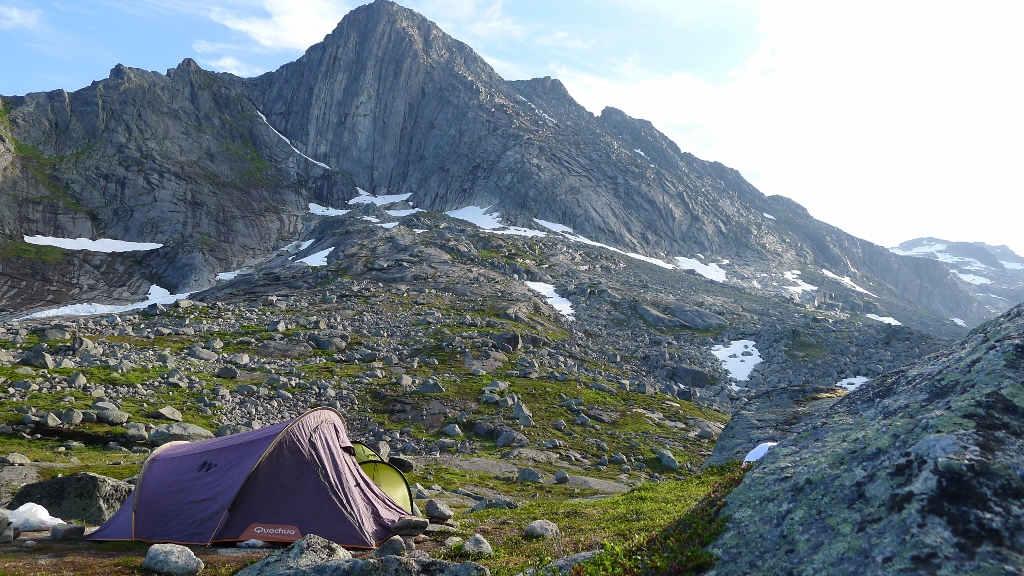 Dave MacLeod first laid eyes on Blamman’s north face four years ago during a Gore-Tex Experience Tour trip when he made the first free ascent of Bongo Bar, a 400m F8a. Ever since then MacLeod believed that a free ascent may be on albeit it would be hard. MacLeod, along with Cook, kicked-off their attempts in late July although they were immediately thwarted by wet weather and seepage on one of the harder pitches. Nevertheless, by aiding the harder pitches low down on the route they satisfied themselves that the route was possible free – assuming it would dry out in the time they had available. 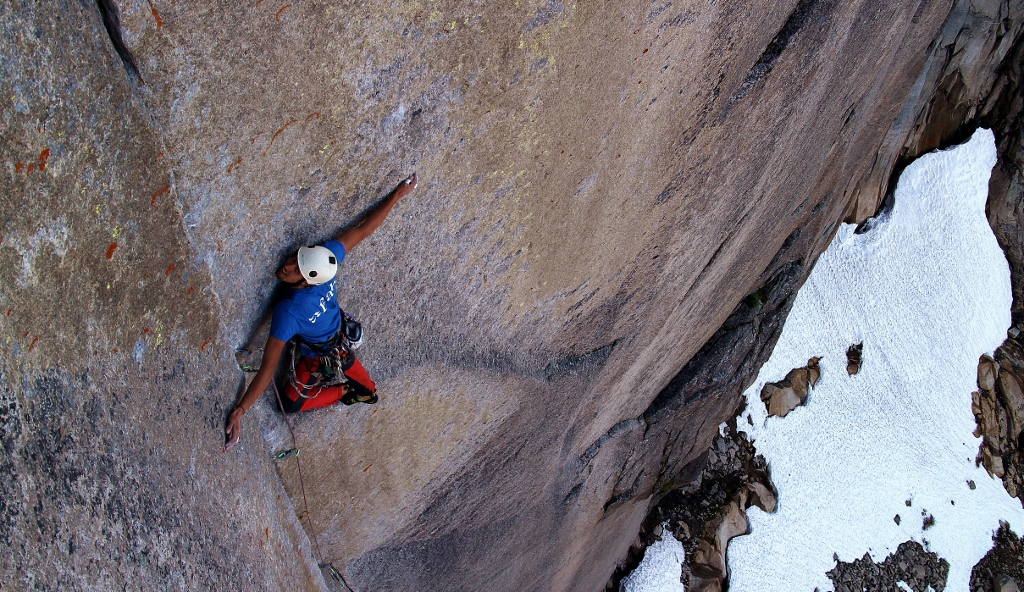 The weather improved when Calum Muskett arrived and they all soon got stuck into the hard climbing. Disco 2000 shares the same two pitches as Arctandria – a route which was freed by Didier Berthod and Giovanni Quirci back in 2005. The second corner pitch on Arctandria went at F8a+, but according to MacLeod it was a full 50m long and pretty intimidating. Cook led the pitch first followed by MacLeod – both helped by cool temps overnight. 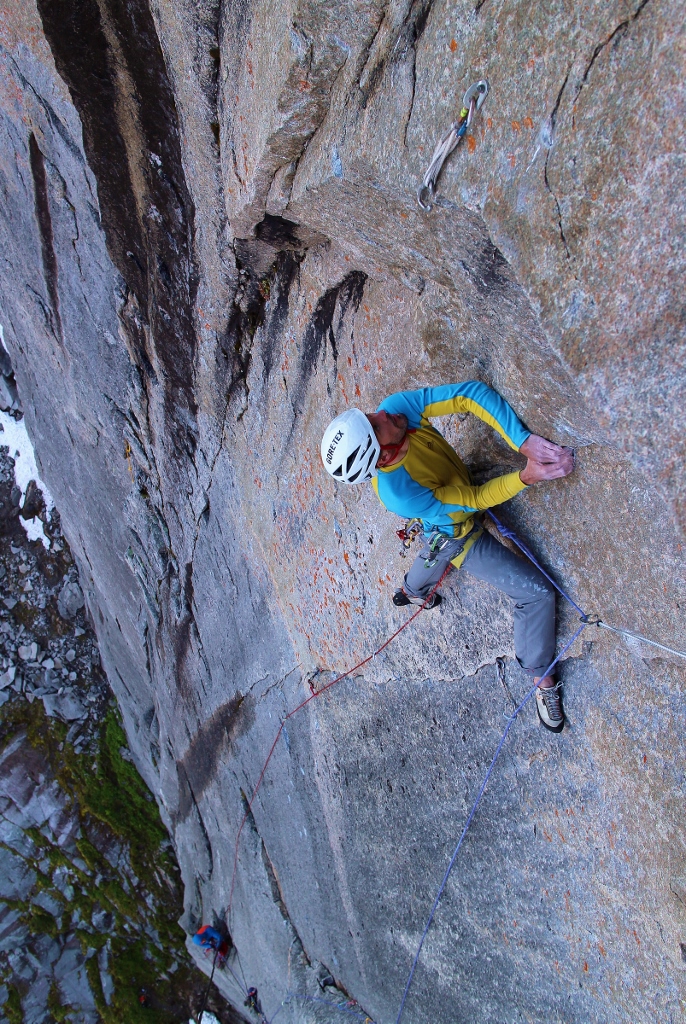 The trio continued their efforts on the various pitches – Muskett working on the big Arctandria pitch whilst Cook and MacLeod worked on the upper pitches. After further rain-forced delays the team climbed a hard laybacking pitch at about E7, an overhanging finger jamming pitch as well as a super-smooth pitch which both Cook and MacLeod managed to free; Cook by a monster flying sideways dyno and MacLeod by a technical traverse on sidepulls. 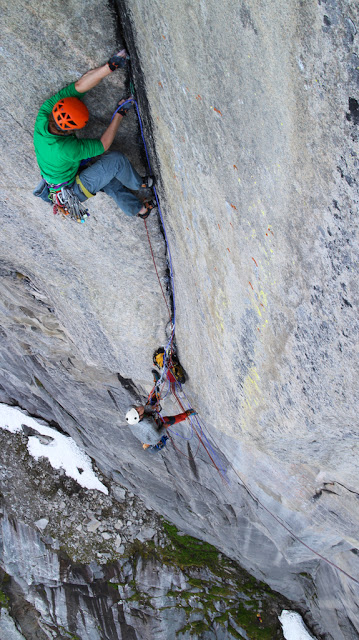 With more poor weather moving in Muskett opted to descend so that Cook and MacLeod – who had already freed more of the route than himself – would have better chances of freeing the remaining pitches. After Muskett descended, Cook and MacLeod pressed-on freeing all the remaining pitches – including some soaked and moss-coated grooves - to arrive at the top long after midnight. Within minutes they were soaked to the skin although clearly elated that they’d freed all the individual pitches.

For full details of the trip click though to the team’s blogs: Cook here,  MacLeod here  and Muskett here

Finally, check-out the climbing on Disco 2000 in the video below.