Nathaniel Coleman and Alex Puccio took the top spots in the USA National Bouldering Championship over the weekend in Salt Lake City.

In something of a nail-biter of a final – all be it for different reasons – the defending champions retained their crowns from the previous year. 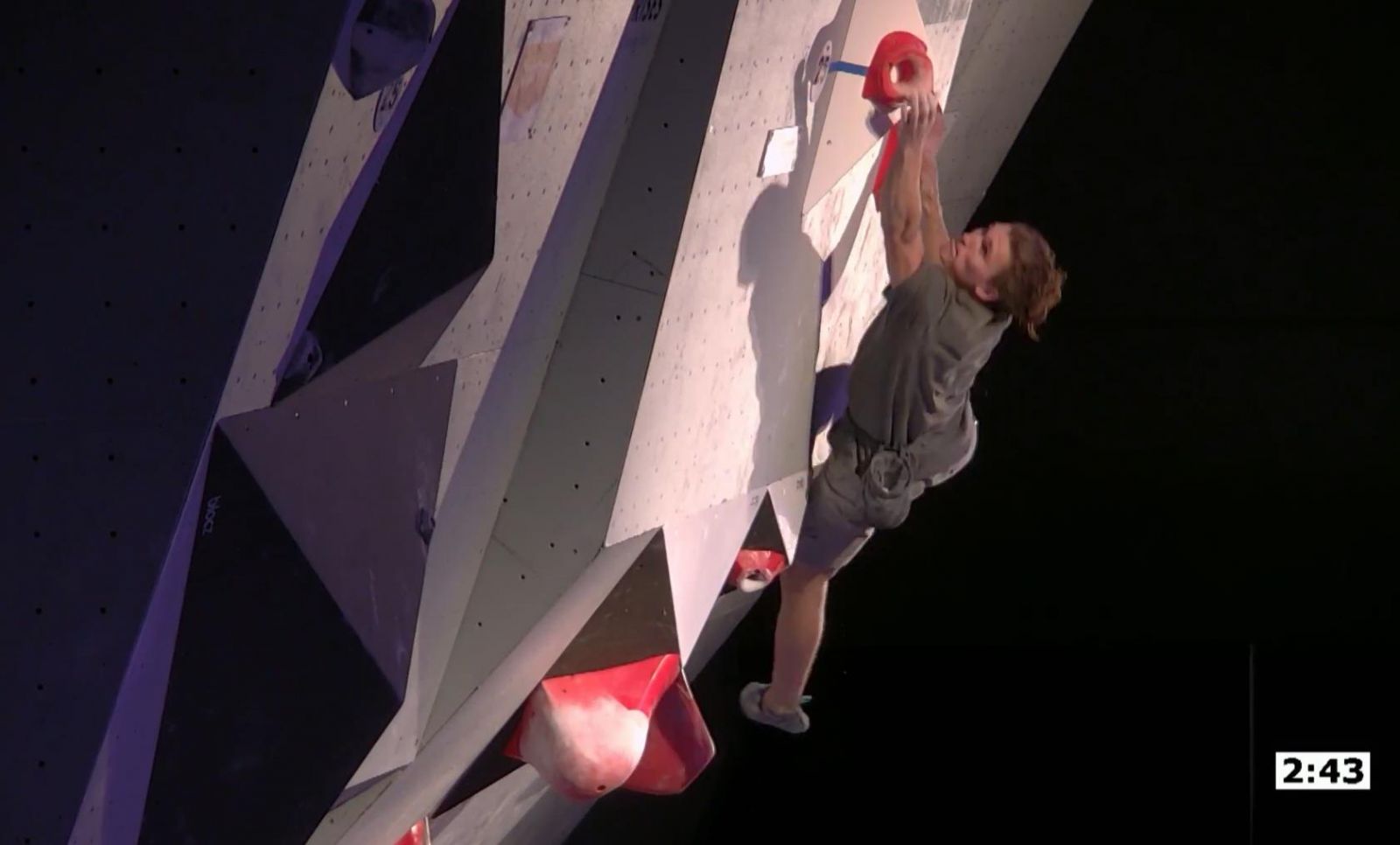 In Nathaniel’s case it was his 3rd straight win at the USA Nationals, although perhaps more impressive was that he flashed all the final blocs once again. Amazingly, he’s not fallen off a final bloc since 2016! Sean Bailey and Drew Ruana also topped all four final blocs albeit taking some falls along the way. 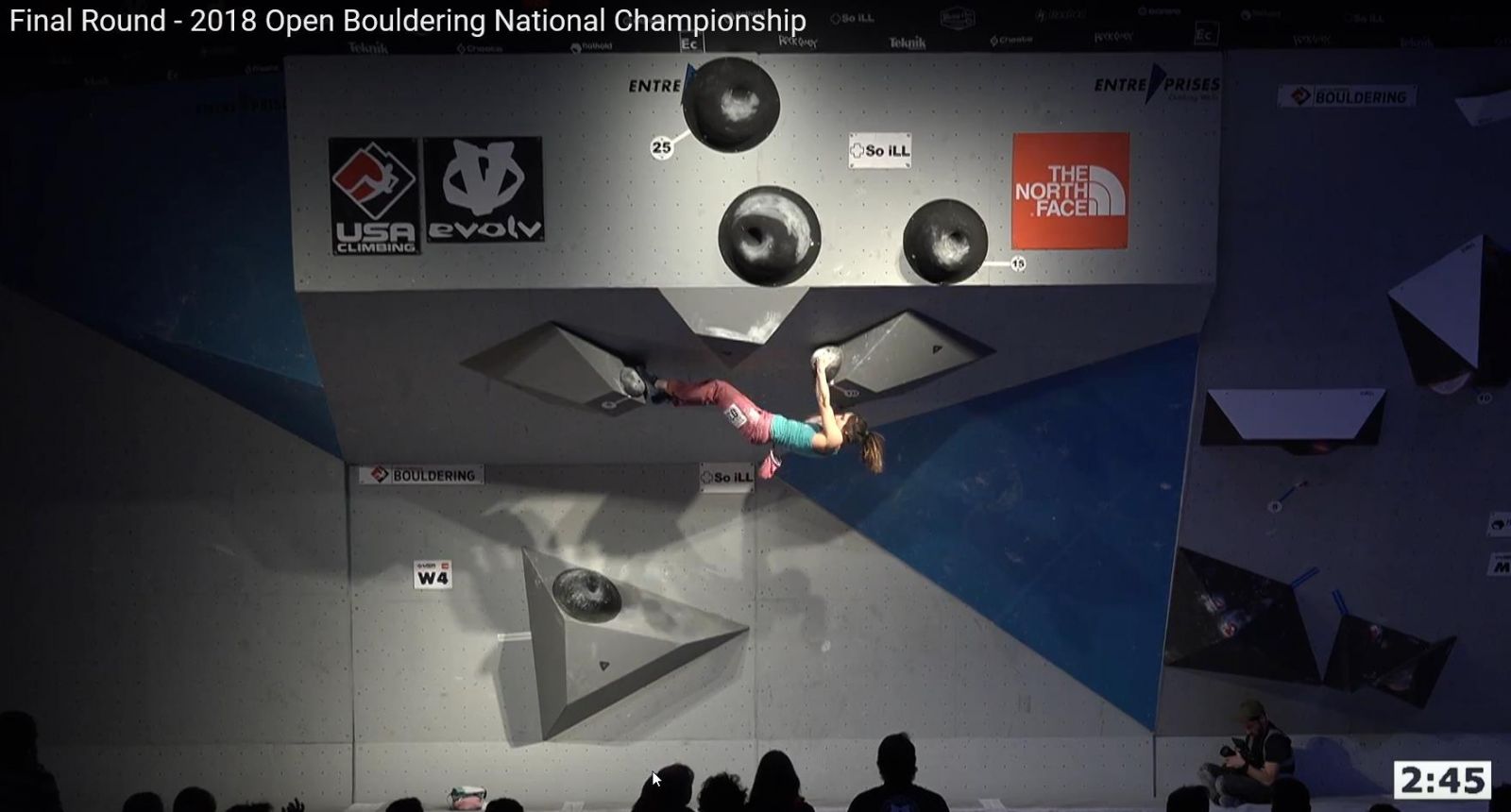 Likewise, Alex Puccio returned to the top spot – her second in a row since major surgery – making it her 11th win of the championships since 2006. She succeeded against an ever strengthening field which contained Ashima Shiraishi and Brooke Raboutou who placed second and third respectively. 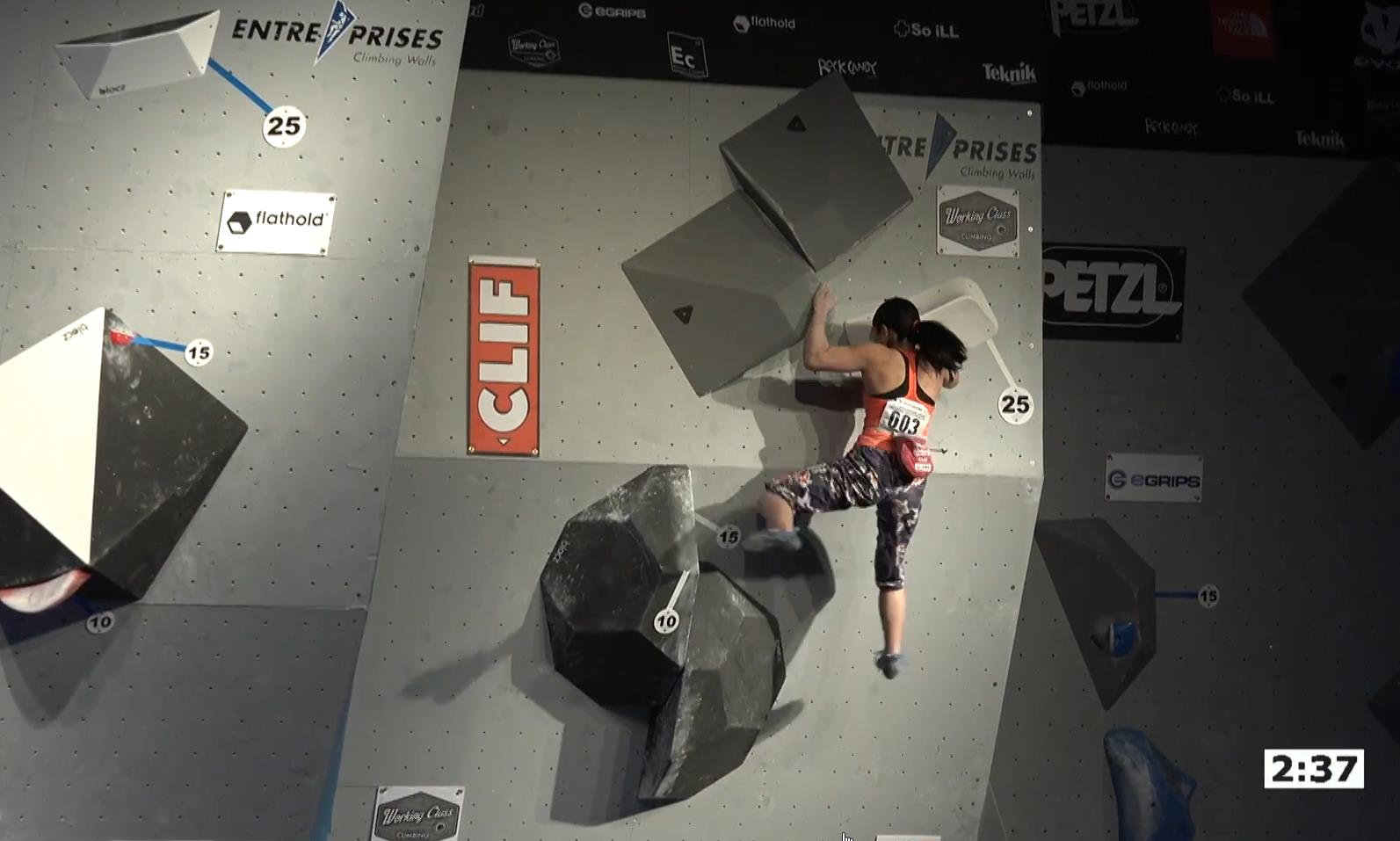 Interestingly Ashima flashed both W2 and W3 blocs – the only female finalist to flash any of the final blocs – but Puccio’s higher score on blocs W3 and W4 together with her tops (non-flashed) on W1 and W2 were sufficient for her to finish nearly ten points ahead of Ashima in the end. 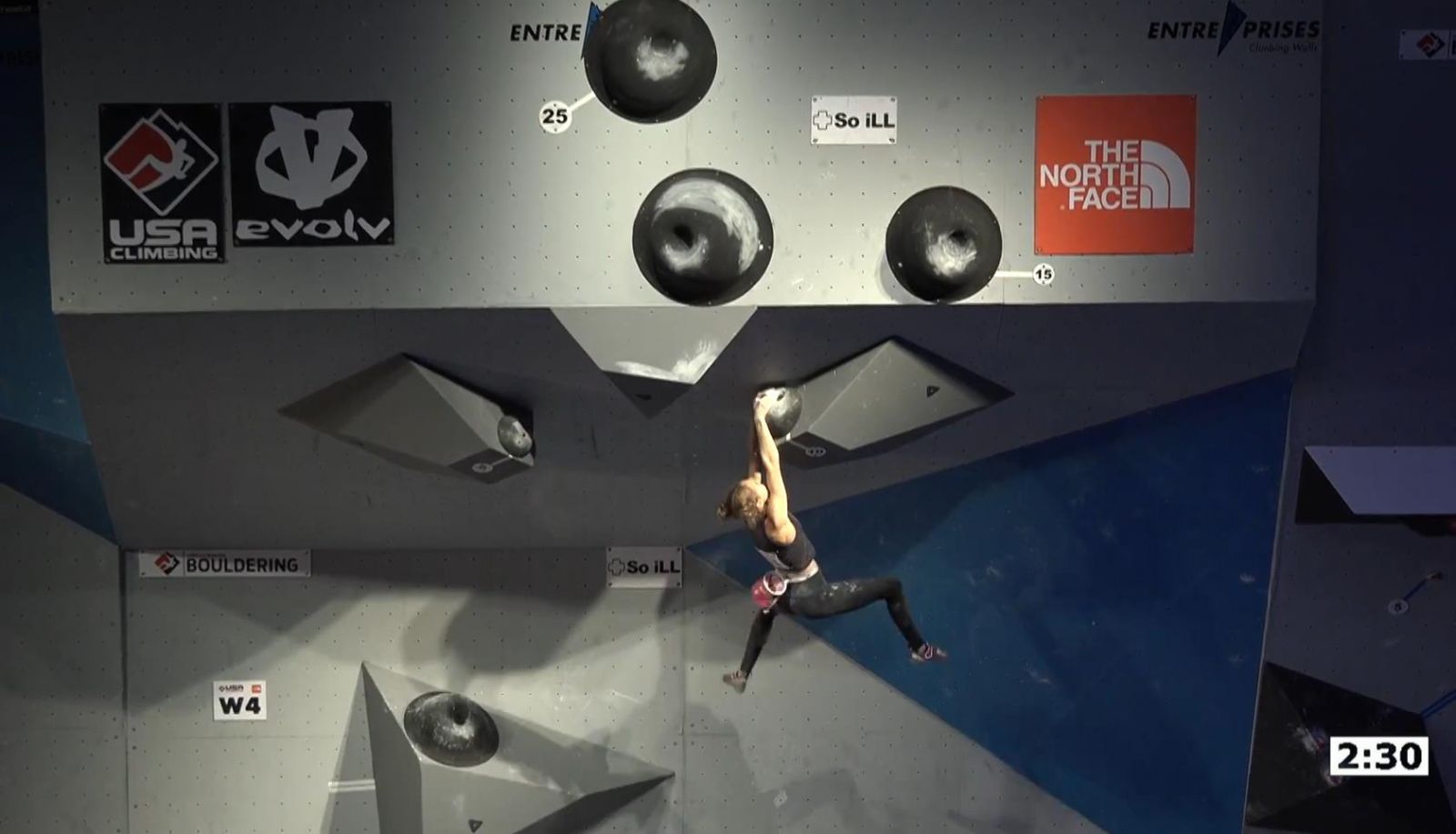 Margo Hayes, came in fifth – surely an indication of the difficulty of the women’s final blocs.

Speaking after the finals, both Coleman and Puccio confirmed that they intend to compete in the ISFC World Cup bouldering events in 2018; Coleman is aiming to compete in all whilst Puccio is planning to attend the earlier and later rounds only to allow her time to focus on some sport routes.

Watch the live stream from the Final round below...