The Arco Rock Masters Event, this year featuring the IFSC World Youth Champsionships, ended with the Rock Legends Awards - the so-called climbing Oscars - as well as a head-to-head climbing comp of the best male and female lead climbers on the planet. 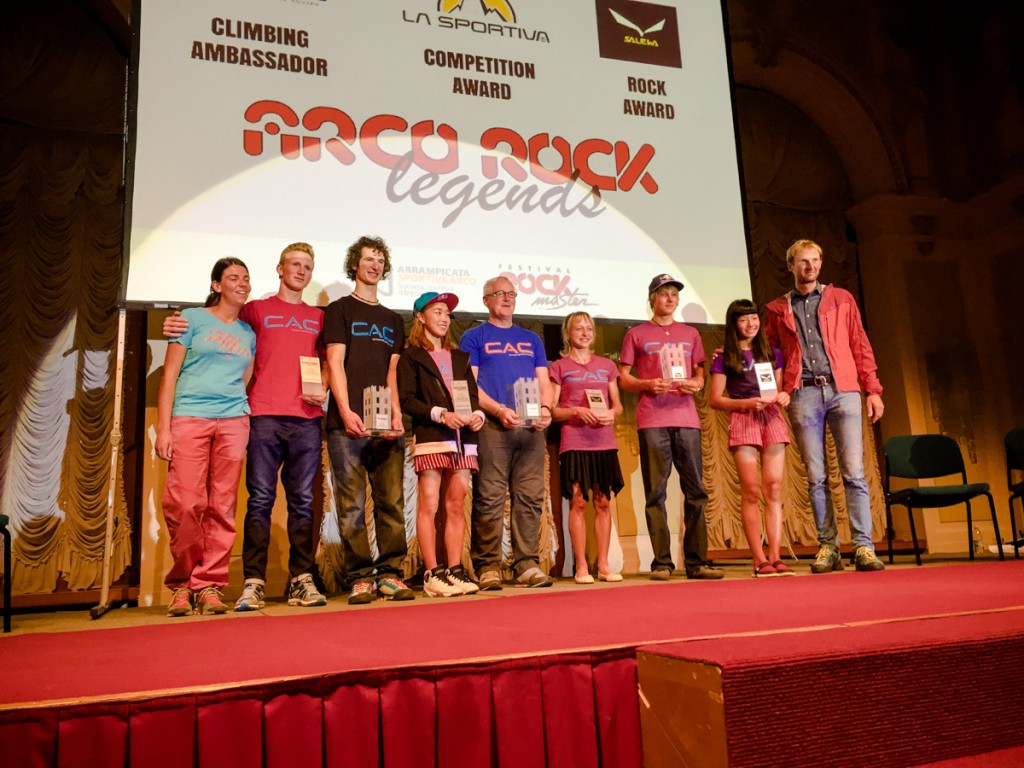 And the Oscars goes too… Megos, Ondra and Ellison. Photo Planetmountain

It wasn’t such as surprise that both Alex Megos and Adam Ondra were within the ranks of those nominated for the awards; it’s perhaps even less of a surprising that they won an award each - Megos collecting the Salawa Rock Award and Ondra the La Sportiva Competition Award.

Ondra, who has been nominated on three previous occasions, was finally awarded the La Sportiva prize – and given that he won both the world bouldering and the lead championships in 2014 this was clearly richly deserved. Ondra has now picked-up no less than five of these so-called Oscars being a four-times winner of the Salawa Award and now the La Sportiva Award. This was the first time that Megos has collected any metalwork – despite having been nominated on three previous occasions - though it’s unlikely to be the last!

The ‘hall of fame’ for these awards really is a list of who’s who from the climbing world.

John Ellison, founder of CAC (Climbers Against Cancer) was awarded the Dryarn Climbing Ambassador by Aquafil prize for; “for the courage and strength with which he interprets his life through adversity, inspiring the world’s climbing community with motivation and visions that form the universal values of solidarity”. 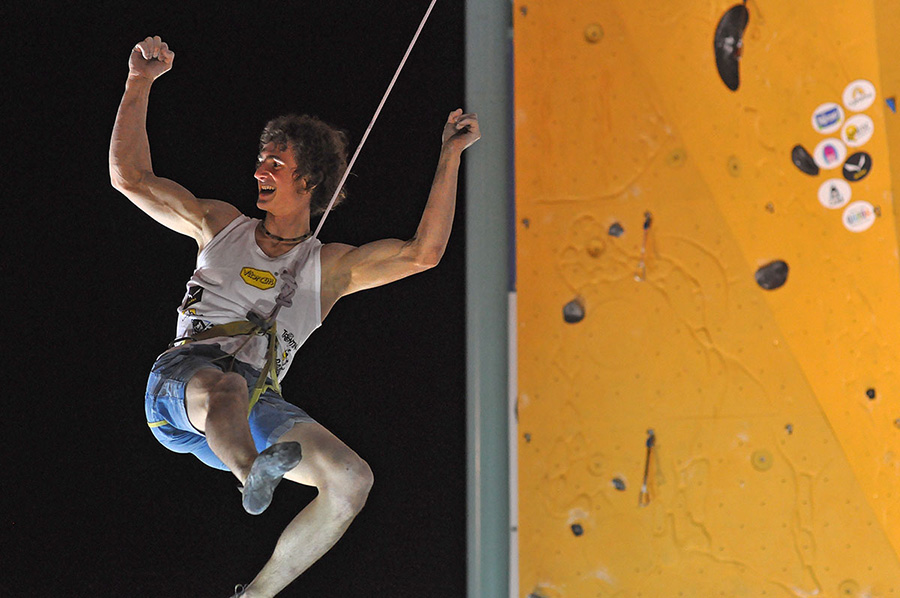 The final event at Arco was the head-to-head lead duel where pairs of climbers climb parallel and identical routes with the winners of individual ‘heats’ going forward to the next round until the best three climbers emerges from the ‘small final’ and the ‘final’. Strong and fast performances in the heats by both Sean McColl and Adam Ondra set the stage for the male final. In the female duel Anak Verhoeven performance was very impressive given she had been involved with the week-long youth comps although ultimately she failed to make the top slots themselves which would go to either Helene Janicot or Mathilde Becerra depending on who managed to sneak ahead in the final.

The final climb-offs were absolutely neck-and-neck with the leads changing as the stars battled to keep their speed up despite the obvious difficult of the climbing. In the end, Ondra just pipped McCall in the men’s dual whilst Helene Janicot beat Mathilde Becerra in the female dual.