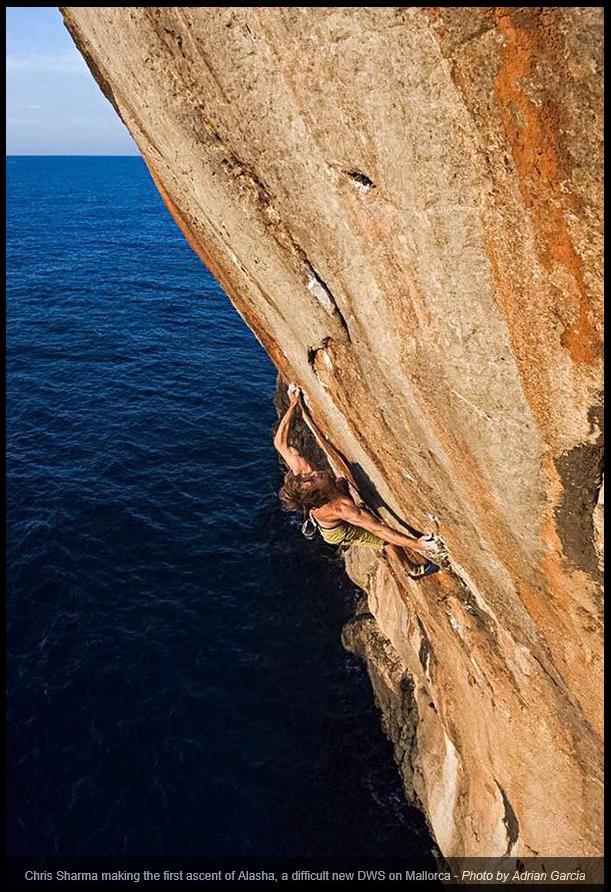 Chris is no stranger to either Mallorca nor DWS having completed Es Pontas on the island in 2006. Un-graded by Sharma, and as yet still un-repeated, Es Pontas  is reckoned to be F9a/+.

Sharma has been trying his latest project – which is located over on the northwest coast of the island – for five years or so. The major difficulties on his latest route involves a Font 8b move/sequence at about 18m above the sea – sufficiently complex that Chris worked the moves on a rope. Not understandable Chris is obviously delighted with his latest route reporting on his FB page here; “So proud of this one. I really had to work hard , dig deep and pull out all the tricks in the book.

Sharma named his latest DWS opus Alasha after his daughter. The climbing, although different to Es Pontas, is said to be of a similar overall difficulty.