Months after adding El bon Combat (F9b/+) , Chris Sharma is back in the news again this time with a new super-hard boulder problem which he has described as a “Catalan Witness the Fitness”. 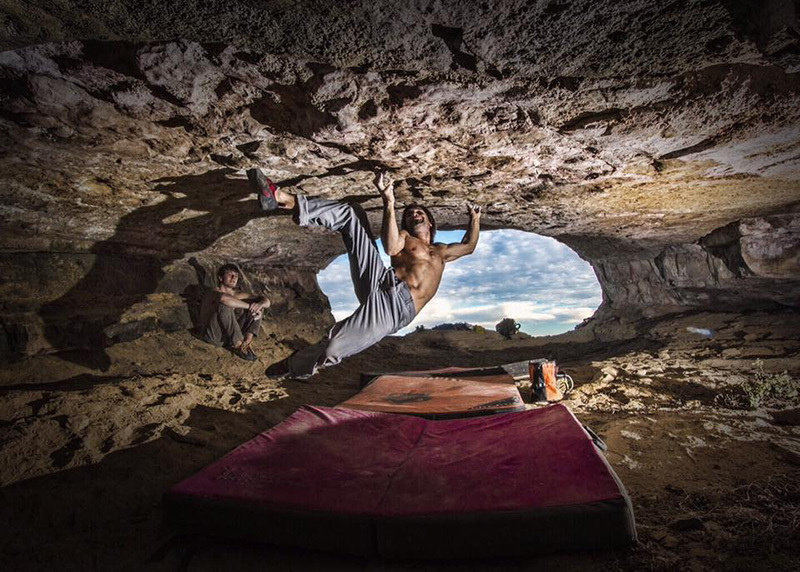 It’s clear that Cova de Ocell near Barcelona has captivated Chris Sharma’s attention. Describing his latest addition as a “Catalan Witness the Fitness” Sharma suggested that it felt like a Font 8b/+ into a Font 8a+. Apparently, he’s been working on the project since the back-end of 2015. Given the name, it must have more than a passing similarity to the original Witness the Fitness which Sharma climbed a decade ago back in 2005 on the sandstone roof in Ozark Mountains in Arkansa, USA.  At that time it was one of the very few Font 8c’s that had been climbed.