Chris Doyle has just climbed his long-term project in the Llanddulas Cave to give Holy Grail (F8c). 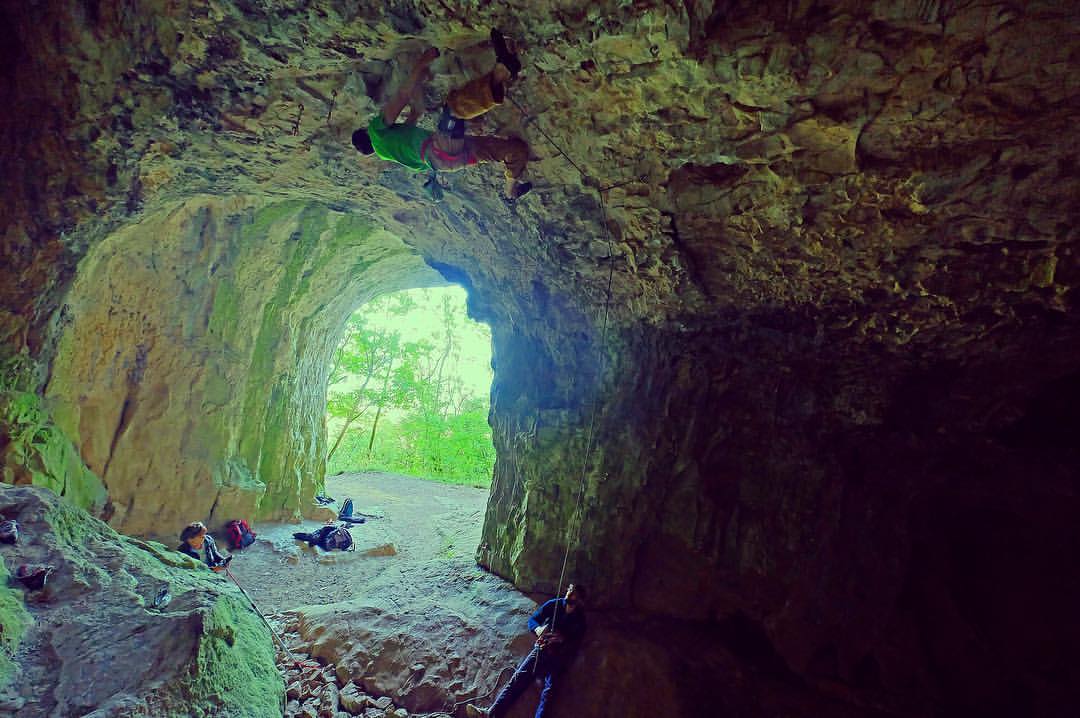 Chris along with his dad, Michael, has long been involved with the development of the A55 North Wales coastal crags – not least the Llanddulas Cave. Paradoxically, given that the cave is clearly visible from the A55, development there didn’t start until 1984. Following an extensive make-over in late 2000’s, Chris Doyle set to work in the cave area producing a some super steep routes in the cave itself; The Last Crusade (F8a+), Dick Dastardly (F8a+), Temple of Gloom (F8b) and Raiders of the Dark Ark (F8b+) were all released to the public between 2010 and 2015. Pete Robbins got in on the act as well picking up Turbo Terrific (F8b) in 2015.

However, Chris didn’t stop there given he has been trying another project for some time. Success eluded him however and frustration got the better of him; “couldn't face it anymore after 40 days over 2 years and hundreds of redpoints mainly falling off the same move”. Hungery for a change of scene, Chris switched his efforts to Parisellia’s Cave where he did the first ascent of a link-up called Final Cut (F8c). Cheered on by his success on that he returned to the hallowed ground of Llanddulas Cave were he finally succeeded on Holy Grail (F8c).

You've been trying your Cave project for some time (cough, cough) - why do you think a break and concentrating on something else for a while did the trick?

I had to leave the route for a while because I lost the plot on it mentally. I couldn't face climbing the start moves anymore and just wasn't making progress. I just decided to try it again because I felt better than ever and felt refreshed.

That's two impressive ticks in as many months - have you anything else up your sleeves?

Not much else for this year, some bouldering. I'm going away for 3 weeks so winter will be on its way by the time I get back.

Which of the two project you've done means the most to you and why?

The Holy Grail is by far the bigger tick for me. Mainly because I've wanted to do it for 5 years and it’s a hard route mentally. The project in Parisellas was stress free, almost enjoyable (!) but I didn't feel as satisfied. Maybe because most of it is a boulder problem.

Watch a video of Chris on Holy Grail below…

The Holy Grail FA from Chris Doyle on Vimeo.