James and Caroline are married and form a very strong climbing partnership. They are a nomadic pair driven by the desire to explore and open new lines, and their commitment to trad climbing means they are the perfect athletes to head up Wild Country’s team providing feedback and inspiration for our next generation of award winning products. 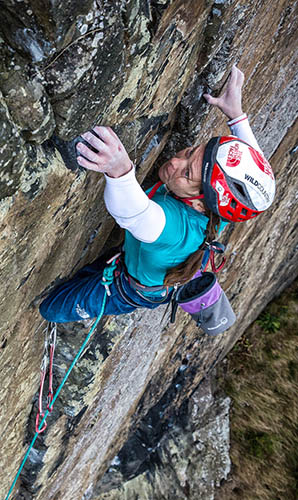 Caroline’s start in climbing could not have been more different to James with indoor climbing and competitions dominating. Yet in some ways her more recent trad climbing career matched James’ for the leaps (and leaps of faith) she made in moving from her first trad route, an E3, to her second, an E8, in the space of a few days and in the intimidating atmosphere of Pembroke’s sea cliffs.

Caroline grew up on the tiny island of La Reunion, a dot on the map in the South Indian Ocean. She discovered climbing aged 12, at school, and quickly became obsessed by the competition world. For 10 years she focused on the Lead World Cup Circuit, training hard, traveling the world, but climbing mostly indoor. After realising her dreams of competition, she has redirected her motivation towards outdoor climbing, and now loves to give herself challenges in trad, sport and multi-pitch. Outdoor climbing is, as she often says, her “second life” as a climber.

Her climbing CV is also pretty impressive: 4 time French Champion, she’s on-sighted F8b, climbed F8c+ sport routes, done F8b multi-pitch and is one of the few female climbers to have climbed E9 with her ascents of Chupacabra and Chimaca.

You can watch a short film about Caroline below: 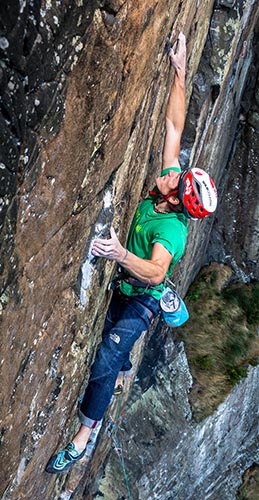 James is one of the few ‘household names’ in the British climbing scene and (despite one or two hiccups, see the film Redemption) is one of the UK’s most respected climbers. From his days as the ‘Keen Youth’ in the Peak District when he devoured the gritstone, making the second ascent of Equilibrium and the first of ‘The Groove’ both E10, he has branched out to be one of the country’s most successful all-rounders. Having succeeded on ‘God’s own rock’ gritstone, James shifted his focus to include bouldering, sport, and multi-pitch, and currently continues his quest to climb hard rock, all over the world. A matchless CV which combines 8b boulder flashes with 9a sport, E11 trad (as well as the first flash of an E9) and multi-pitch 8b, James is a phenomenal athlete and continues to be a fantastic ambassador for Wild Country.