Caroline Ciavaldini has successfully completed The Quarryman in Twll Mawr over the weekend. 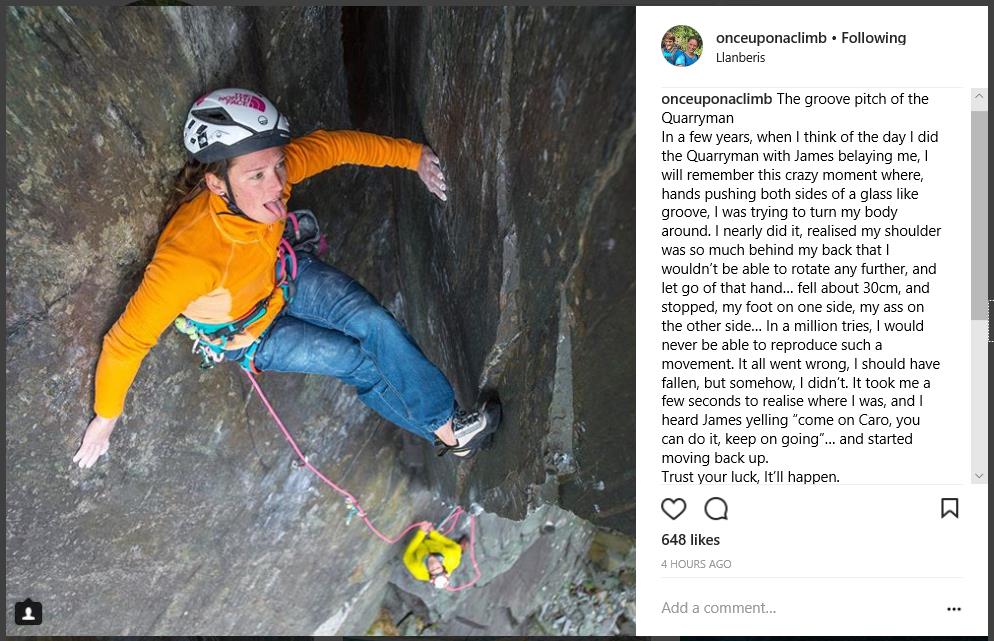 Caro Ciavaldini well and truly getting in the groove on The Quarryman. Photo: Riky Felderer

Posting on Instagram, “I did it, I did it, I did it”, Caro was obviously delighted with her ascent of The Quarryman (E8) in Twll Mawr in the Llanberis slate quarries. Hers was a three year mission to repeat The Quarryman. Caro explains why she has been working to repeat The Quarryman for so long, what it means so much to her; “At the time, I had seen that groove that seemed so technical, the route scared me. But the History has made it one of the most famous routes of Wales. Why is the Quarryman so important to me? Johnny Dawes and his legacy to climbing: he was a prodigy of climbing, with his dynamic, daring style back in the 80s. And the name, as an homage to the generations of men who dug up the slate quarries, unaware of the playground they were leaving us.”

Caro completed her redpoint of the whole route on her first attempt although not without considerable ‘mental effort’ and resilience when she slipped in the crucial groove; “In a few years, when I think of the day I did the Quarryman with James belaying me, I will remember this crazy moment where, hands pushing both sides of a glass like groove, I was trying to turn my body around. I nearly did it, realised my shoulder was so much behind my back that I wouldn’t be able to rotate any further, and let go of that hand… fell about 30cm, and stopped, my foot on one side, my ass on the other side… In a million tries, I would never be able to reproduce such a movement. It all went wrong, I should have fallen, but somehow, I didn’t.” 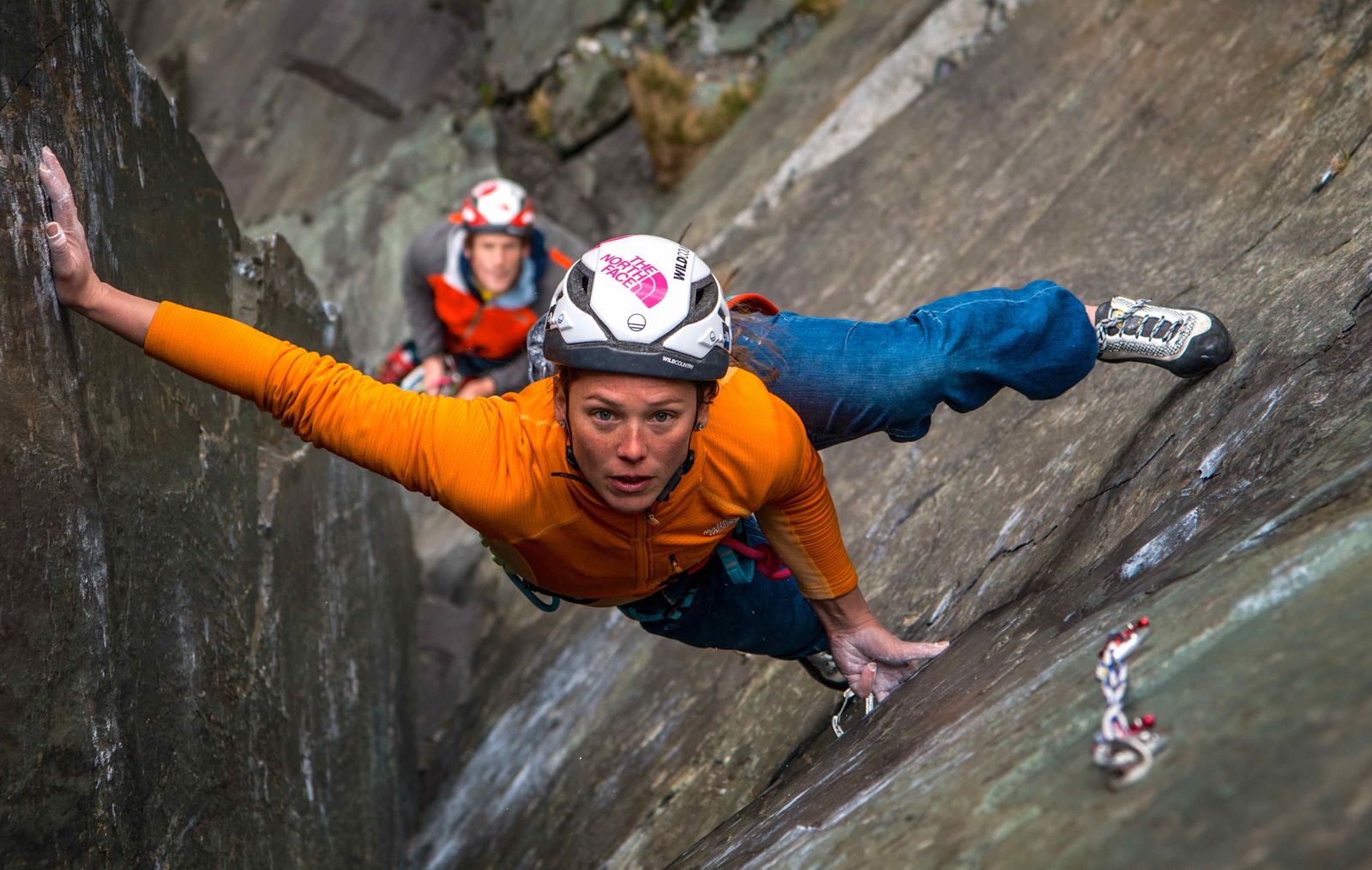 Caroline on the desperate groove pitch of The Quarryman. Photo: Riky Felderer

The Quarryman (E8 7a) was originally climbed by Johnny Dawes in the 1986. Climbed in September, The Quarryman came at the end of an incredible period of development on slate. As the first E8 in Wales, The Quarryman’s ‘Groove Pitch’ was made famous in the Stone Monkey’s film. It remains an outstanding route and rarely repeated masterpiece on one of the biggest walls in Wales. Her husband, James Pearson, had also climbed the route on a previous visit.