Will Bosi has just freed the long-standing Dumbarton project to give Free at Last at a proposed grade of F9a+; as such it’s now Scotland’s hardest sport route. 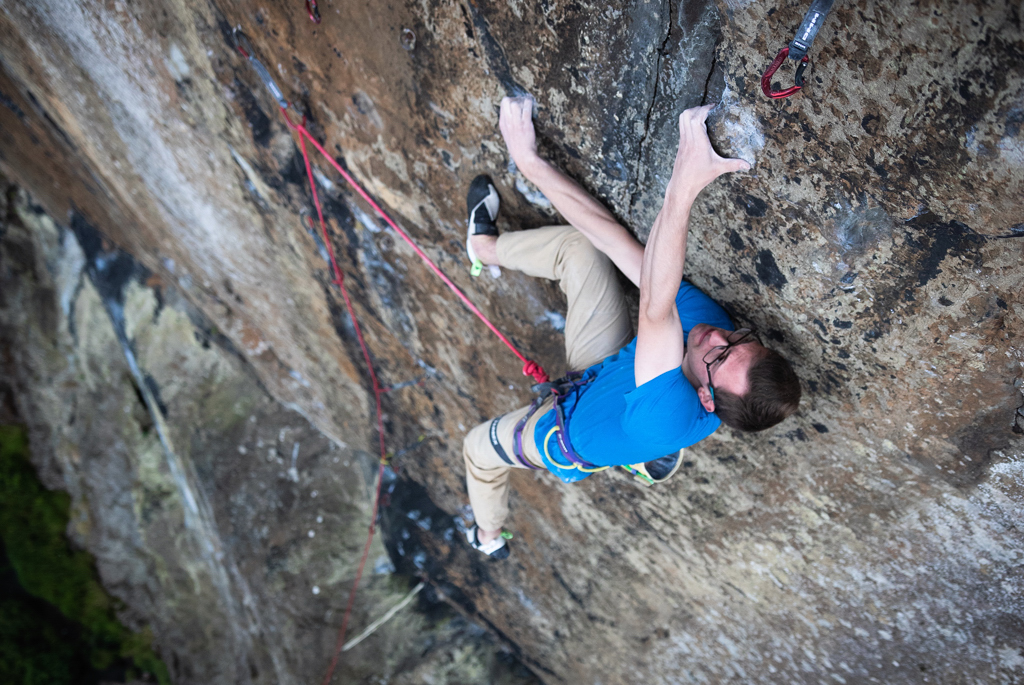 Known as Dumbarton Oaks or La Dumby-Dumby Project the line was originally bolted a long time ago. Back in 2014, it received serious attention when Dave MacLeod and Alan Cassidy rebolted it and spent some time working on the moves. Will has had a look at the line on a few occasions in the past but this year has returned and put in a determined stint and managed to get the first free ascent after just seven sessions on the route this year.

Free at Last climbs the wall right of Requiem (E8 6c), Dave “Cubby” Cuthbertson’s 1983 route. Will describes the meat of the route which is c.15m in length: “Although there looks like a lot of holds from the floor, almost everything is an undercut or a side pull. This makes the climbing very technical as the feet are tiny! The climbing is also very intense and powerful as you cannot relax.”

Will commented on his first ascent saying: “The send go went really well with almost no mistakes and just a lot of try-hard! The day was pretty still so conditions were not great but while I was sat on the ledge above the slab the wind picked up and the conditions aligned! Topping out felt absolutely incredible and this route is definitely a highlight for me. ”

Hailing from Scotland, Will is obviously delighted to have got the first ascent of such a project in his own backyard: “Dumby is one of my favourite crags and having climbed there a lot, it feels really special to add my own route to the crag which has such a special place in Scottish climbing’s history.”

Speculation was that the route would be somewhere between F8c and F9b; Will reckons F9a+.

With the focus on grades seemingly as intense as ever Will commented on his proposed grading of F9a+ saying: “Previously in Scotland, I have climbed Hunger, F9a (established by Malcolm Smith at the Anvil in 2010) but not Fight the Feeling, F9a (Dave Macleod at Steall, Glen Nevis in 2012). It is a very different style of route compared to Hunger but I do feel it is more difficult. The crux of Hunger is around 8A boulder whereas I would suggest the crux of Free at Last is around 8B+/8C.”

Will also compared the climbing on Free at Last to the climbing on Mutation which he did last autumn and to the bouldering he did earlier this spring in the Czech Republic: “It feels more comparable to Mutation as it shares its sustained, technical hard climbing but in this instance, all the holds are upside down! Hopefully the ascent will attract more people to come over to Dumbarton to try the route and can comment on the grade.”

Free at Last is the latest in Will’s amazing run of great form. Having committed to a year away from competition climbing, it seems that Will is basting through his ‘to-do’ list of projects at an alarming rate enhancing his well-deserved reputation as one of the world’s most prolific climbers operating at the highest levels of difficulty on rock. 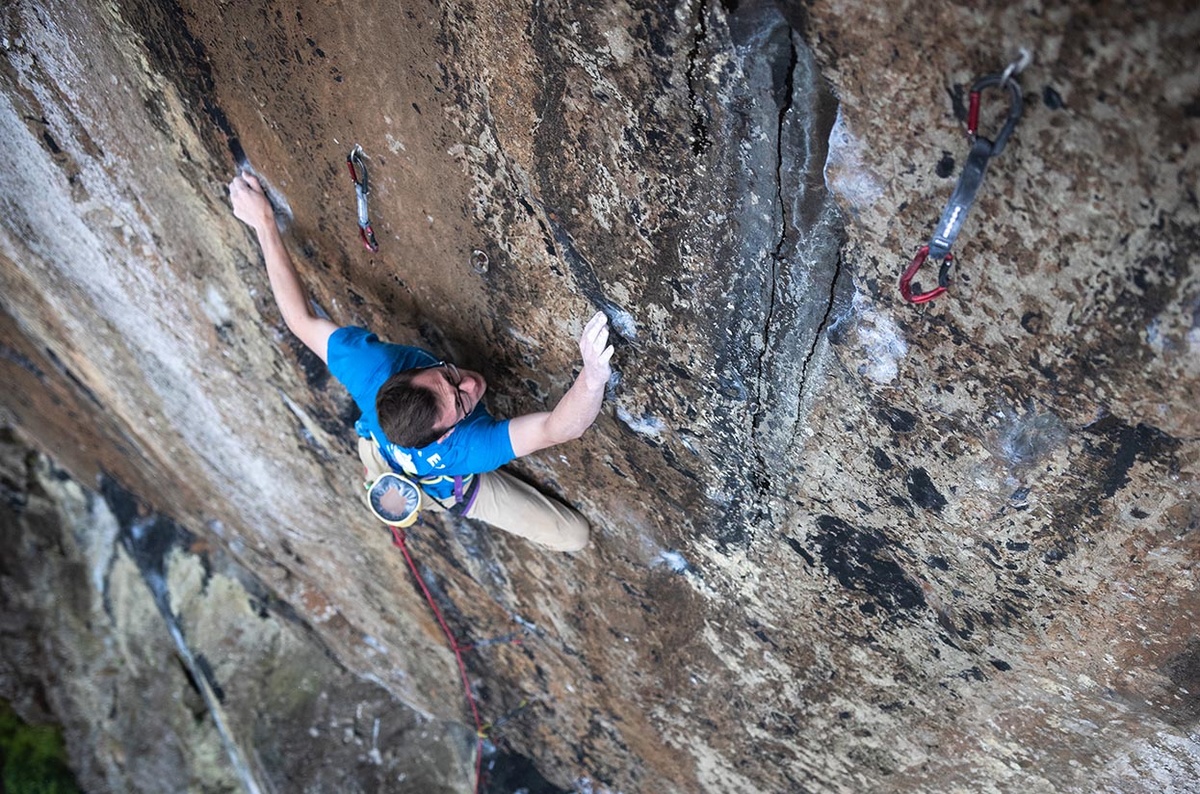