The 2016 presentation of the Boardman Tasker Award for Mountain Literature took place on November 18th, as part of the Kendal Mountain Festival. The Shortlisted Authors event and Award Presentation was introduced by Andy Perkins from KMF and the BT Chair Martin Wragg. The Shortlisted Authors Event commenced with Stephen Venables chatting with the authors, with readings from four of the authors. 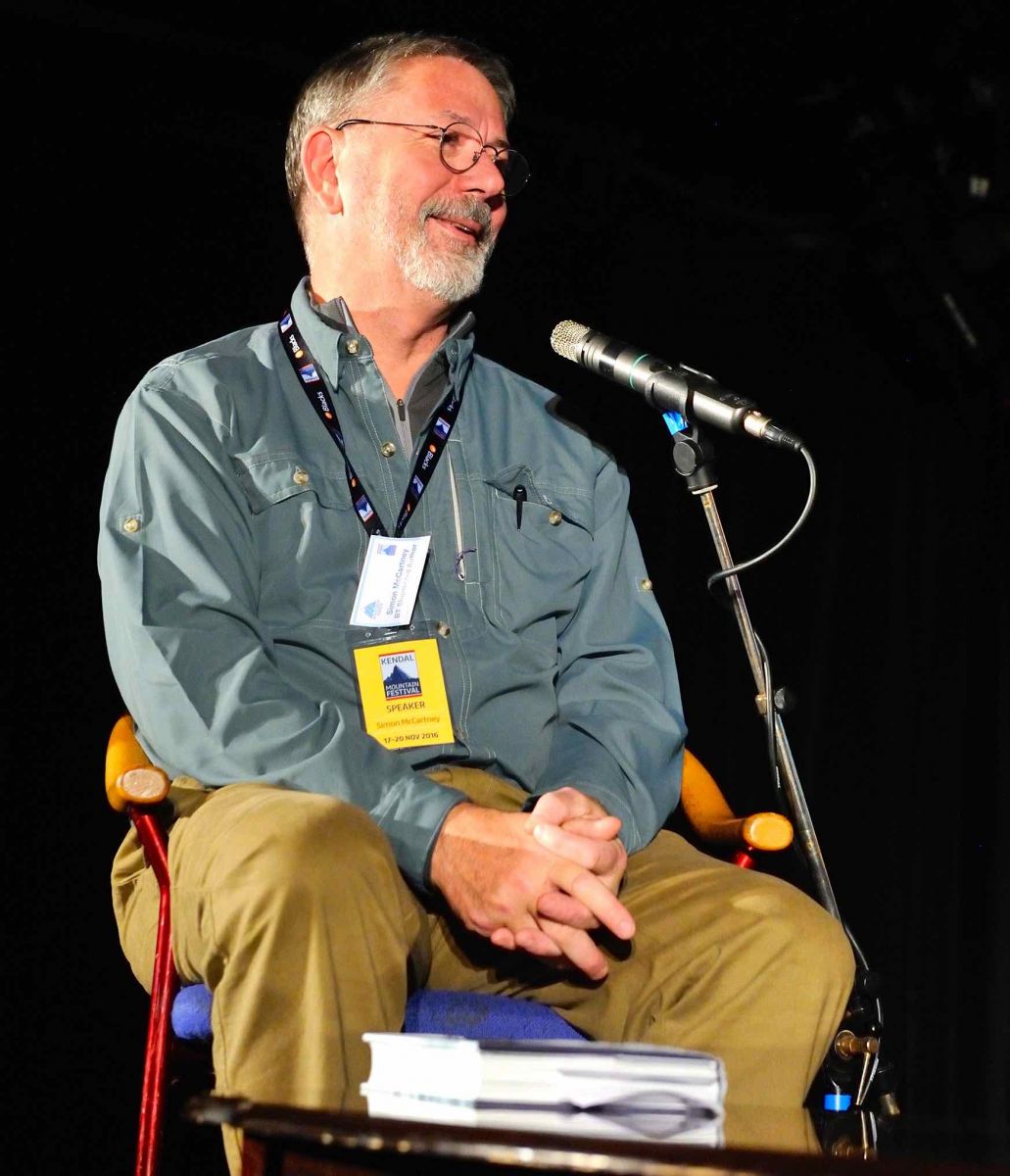 First to be interviewed was Simon McCartney, author of The Bond. Simon’s title is the theme of his book-the bond between climbers upon which he increasingly comes to rely on, in his accounts of two epic new routes in Alaska in 1978 and 1980 that demonstrate a remarkable self-awareness verging upon hubris, as he readily admits. Both he and his partner Jack Roberts were very lucky to survive a desperate descent after climbing the South West Face of Denali after which Simon never climbed again. The relationship, or bond, they formed both on the climbs and afterwards form a key element in the book. Jack Roberts died in 2012 and his widow Pam delighted the audience by doing a reading from the book.

Next to be interviewed by Stephen was Steve Olson, author of Eruption. When a smoking Mount St Helens actually erupted on a spring Sunday morning in 1980, 57 people were killed, some as far as thirteen miles away. Steve not only tells their personal stories, but also turns the tension between the science and the cultural assumptions at play on that day into a drama that reads like a tragic thriller. The book demonstrates a very high level of journalistic skill and tells the story of the unleashing of awesome force of nature in an outstandingly readable book.

Simon McCartney, author of The Bond.

The author Alex Honnold, who together with David Roberts produced Alone on the Wall, could not be with us, so Stephen Venables read a couple of passages from the book. The book cover sends a shiver down the spine. The life of an un-roped solo climber is its sensational subject. But it is the quality of Alex Honnold’s articulation of his approach to this purest of pursuits that grabs the reader, together with his honesty about the personal costs of his lifestyle and amazing achievements, contextualised by David Roberts in this well-crafted book.

Mark Vallance was the next author to be interviewed and proved to be particularly entertaining for the audience. Mark’s book The Man Who Made Friends reveals that the spirit brought to bear on friendships, climbs, BMC management and tough business dilemmas, can be harnessed to deal with the onset of Parkinson’s disease in a direct and at times humorous narrative.

Stephen’s final interview was with Robert Wainwright the author of The Maverick Mountaineer, a biography of George Ingle Finch. It was the Australian rebel Finch who demonstrated the value of oxygen in reaching almost 27,000 feet on Everest in 1922. Robert’s biography also reveals an eccentric scientist and inventor who complicated personal life extended to his strange relationship with his son, the actor Peter Finch. Finch contributed hugely to the world of mountaineering despite the blatant prejudices of The Alpine Club that he had to contend with. This is a fine biography describing a remarkable life.

Stephen Venables was a skilful and witty interviewer and his contribution together with the various readings, proved to be most entertaining. The Chair of Judges for 2016 was Graham Desroy, who gave a warm and humorous overview of the 5 shortlisted books together with the mention of another eight of the submitted books that the judges thought to be of great merit. Graham then announced that the winner of the 2016 Boardman Tasker Award for Mountain Literature was

Simon McCartney, author of The Bond, accepts his awards.

The Bond by Simon McCartney. In Graham’s words, “Simon and Jack were early exponents of the light and fast approach to alpine ascents. The narrative is captivating and enhanced with extracts from Jack’s journal that emphasises the bond between them. The almost claustrophobic closeness of shared experiences as they pushed the envelope to the utter limits, makes for gripping reading. This book portrays life on the very edge of existence.”

For further information, the Chair of Judges speech in full and photos from the event, please see: www.boardmantasker.com 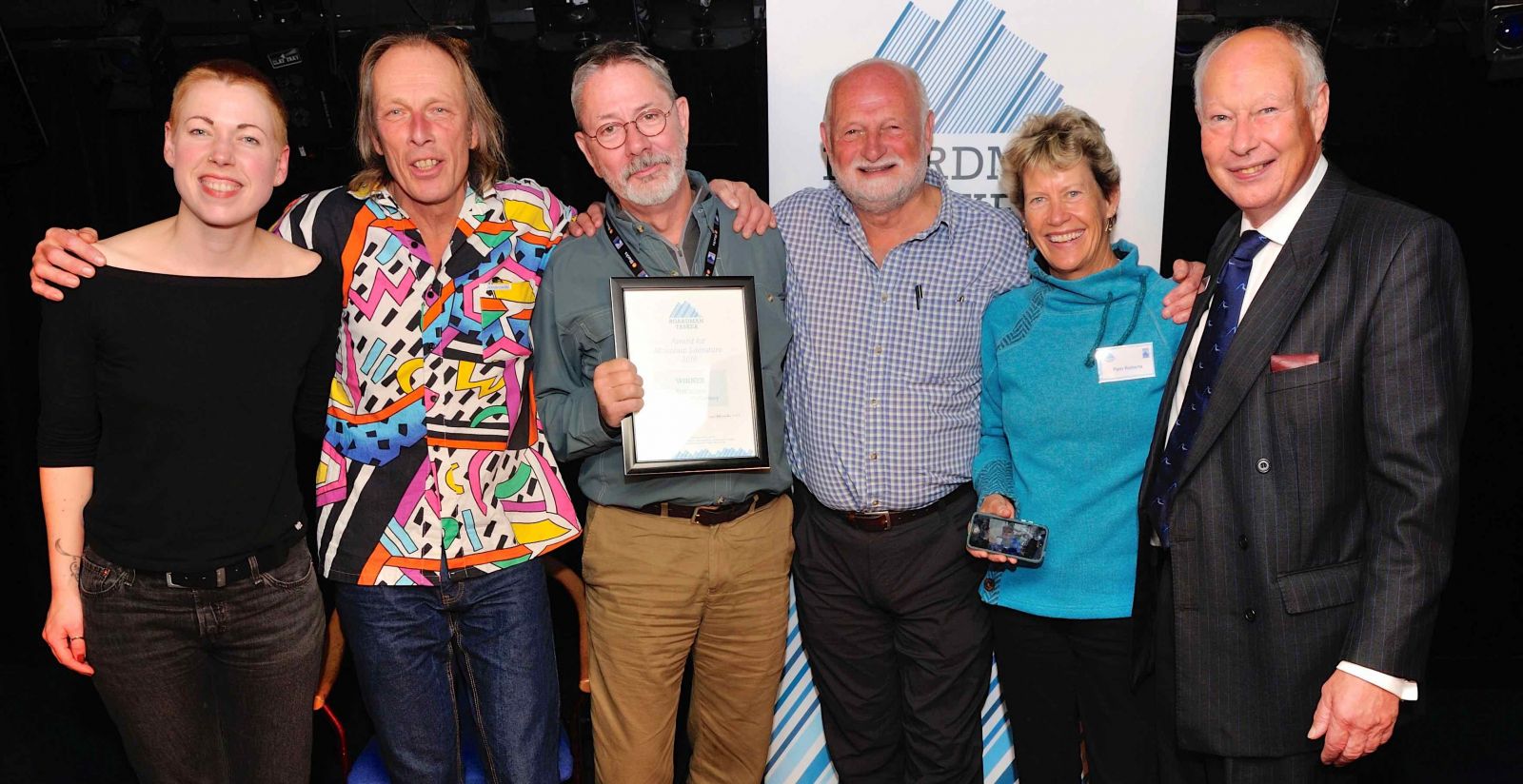