Big Ned (aka The Central Tower of Paine) is Dead!

A film, directed by Leo Dickinson and narrated by Ian McNaught Davies, featuring the first ascent of ‘Big Ned’, The Central Tower of Paine, has just been published on YouTube. 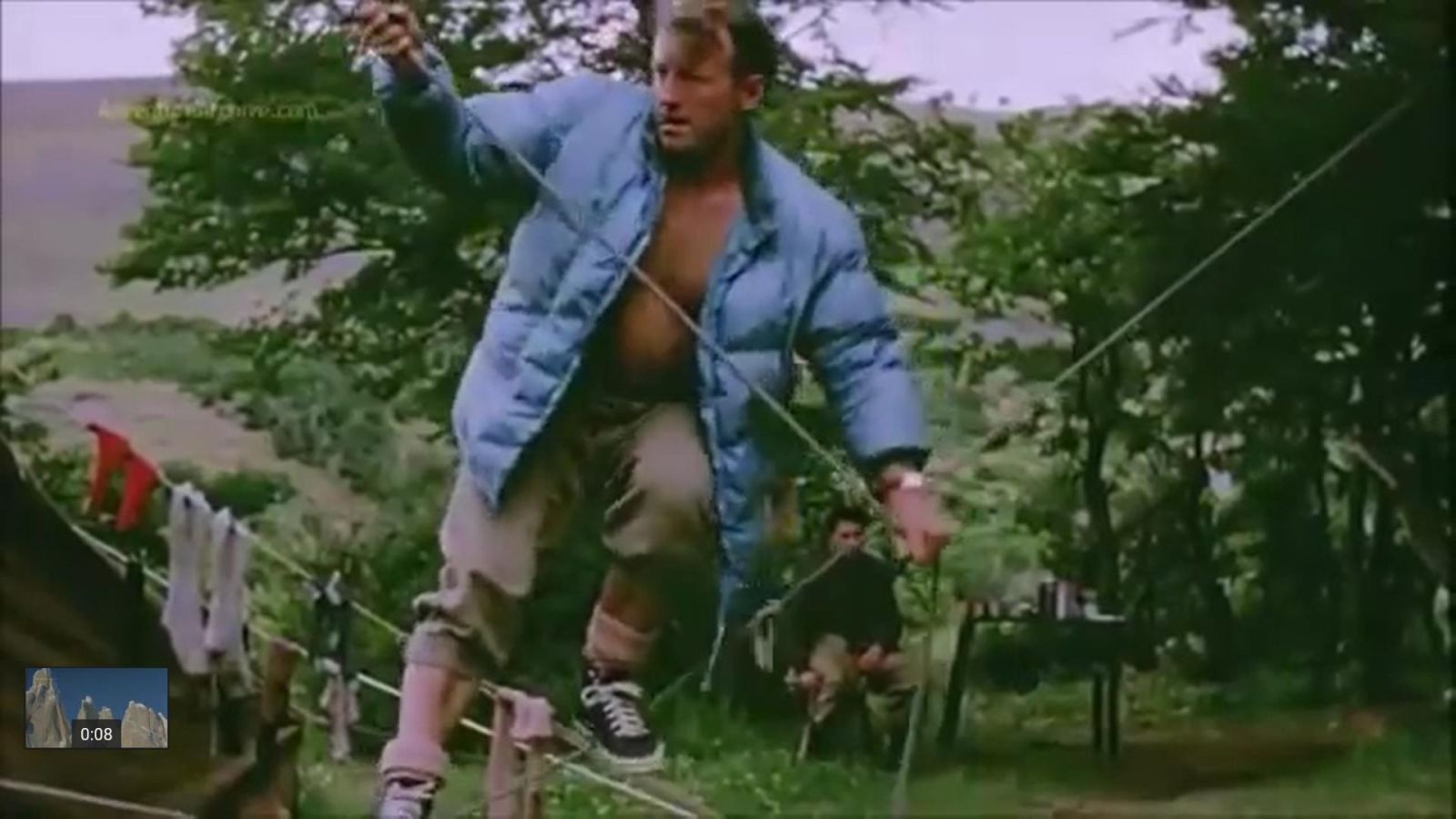 Don Whillans ‘slack-lining’ in Patagonia during the trip. Sceen grab from film

The 1960 expedition was a real tour du force including several then climbing luminaries including Chris Bonnington and Don Whillans. An incredible insight into expedition style climbing in that era, the film features Whillans getting involved with boataineering (bouldering on-board the transit ship) as well as slack-lining. Once on ‘Big Ned’ itself, we get hand-over-hand ‘jumaring’ up sisal ropes, some home-build – ie the original Whillan’s Box as well as some climbing as well.

Watch the film below: