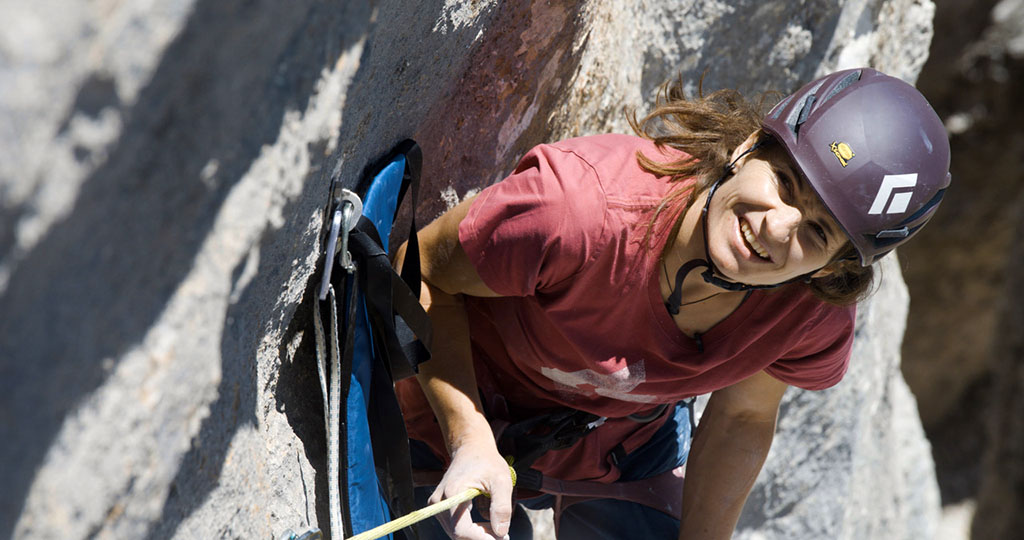 Kampfzone was first established in 2013 by Austrian legend Beat Kammerlander, who also finally managed to make the first free-ascent of the route in 2017. The route is based on the Kleine Turm, at an altitude of 2800m, high up in the Rätikon and consists of five pitches of challenging climbing up to F8b+, the style of which Babsi felt suited her strengths well. Zangerl spent two days trying the route, before succeeding on her ground-up attempt, to claim the coveted 2nd ascent of the line.

“Two weeks ago I went, for the first time, up to the three towers of Rätikon. My goal was to check out Beat Kammerlander’s newest test-piece Kampfzone. I was blown away by the scenery up there. After a two hour approach, you reach the ridge, from which you get a first glimpse of the pillar where Kampzone is the central and only line. After all those classic Kammerlander routes like Silbergeier, Unendliche Geschichte, New Age… I couldn’t imagine that it could get any better.

And, to be honest, after my first look at Kampfzone, I didn’t expect it to be such a gem. But, as soon we got on the route, we were really surprised by the rock quality and the varied styles of climbing. From powerful moves to technical, scary slab climbing; you can find everything on Kampfzone.

We worked for two days on the line, before I surprised myself to climb the whole line ground and up all pitches free! It was an honour to partner up for a single day with the master himself, Beat. The previous two days I was joined on the wall by Jacopo and we put some work into the first two pitches, which are the hardest of the line, but we didn’t find the time to check out the pitches beyond that.

Yesterday – I didn’t feel great whilst warming up, I had no expectations – the goal was to give it my best and climb as far as I could get. On my first attempt, everything went smoothly and, luckily, I made no mistakes in that very insecure first pitch, where you find the crux right at the end of the pitch, with some airy space below your feet. The second pitch was the hardest one. Again, there you find the boulder crux at the very end of the pitch. This can be very nerve-wracking if you fall there and you have to climb up the whole 30 metres again.” 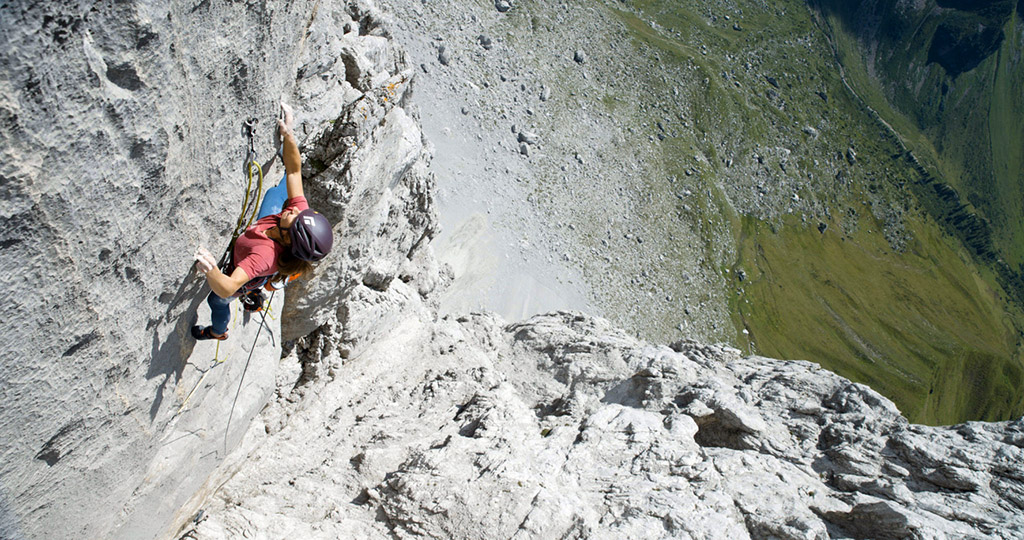 “The first try is always the one with no pressure…and that helped a lot!! The second pitch also went perfectly, and I found myself on the next belay without falling. By this time, I was sure it could be possible to climb the whole line on that day. The only thing was, I had no clue about the upcoming pitches, as I hadn’t been on them yet! I was so close to falling on the F8a+ pitch… I was already falling backwards after a little piece of rock broke under my fingers… but somehow I still stood on my feet and could recover – that was the moment I was the closest to falling.

On the 4 pitch, which was supposed to be easy, I saw two dark stripes coming down the length of the pitch. The rock was still wet from the thunderstorms which had hit this mountain range in the days before. So, I definitely felt some tension and fear on those wet holds…I really didn’t want to fall in this slabby terrain. Finally, I reached the last pitch and, with some luck, I was still on the wall... At this point, I felt so psyched and happy about the whole day and that I had the climb almost in the bag.

The last pitch was a tricky mantle boulder problem at the beginning and then I could enjoy easier climbing to the very top. With some support and beta from Beat I was able to finish such a great adventure without a single fall. Thanks to Beat for the awesome company and the inspiration... Now, I’m happy to go back again to support Jacopo on his turn.” 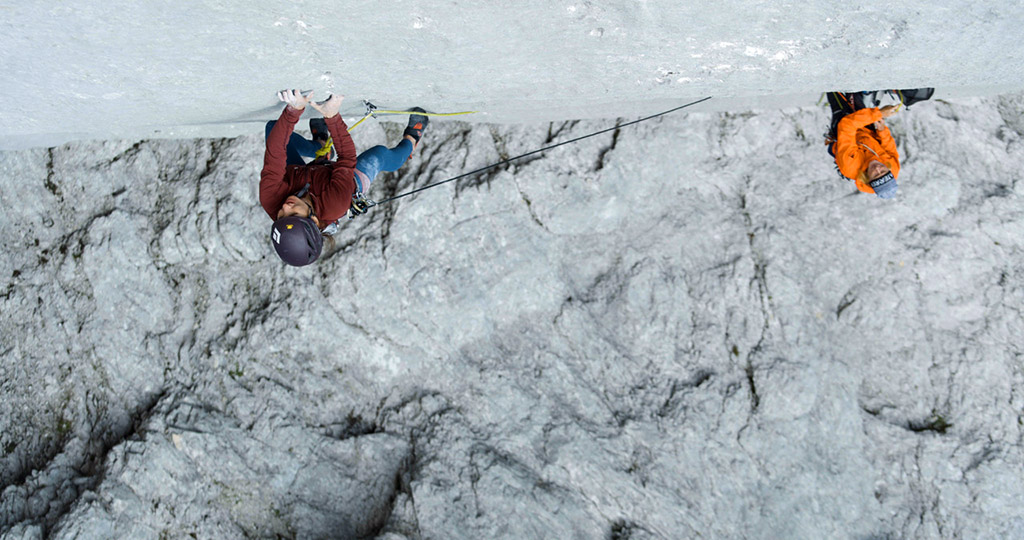 Babsi’s ascent was captured on film and will feature in an upcoming movie for 2021’s Reel Rock Tour.