The bodies of Tom Ballard and Daniele Nardi have been located on Nanga Parbat.

‘With great sadness I inform that the search for Daniele Nardi and Tom Ballard is over as Alex Txikon and search team have confirmed that the silhouettes spotted on Mummery at about 5900 are those of Daniele and Tom.’ 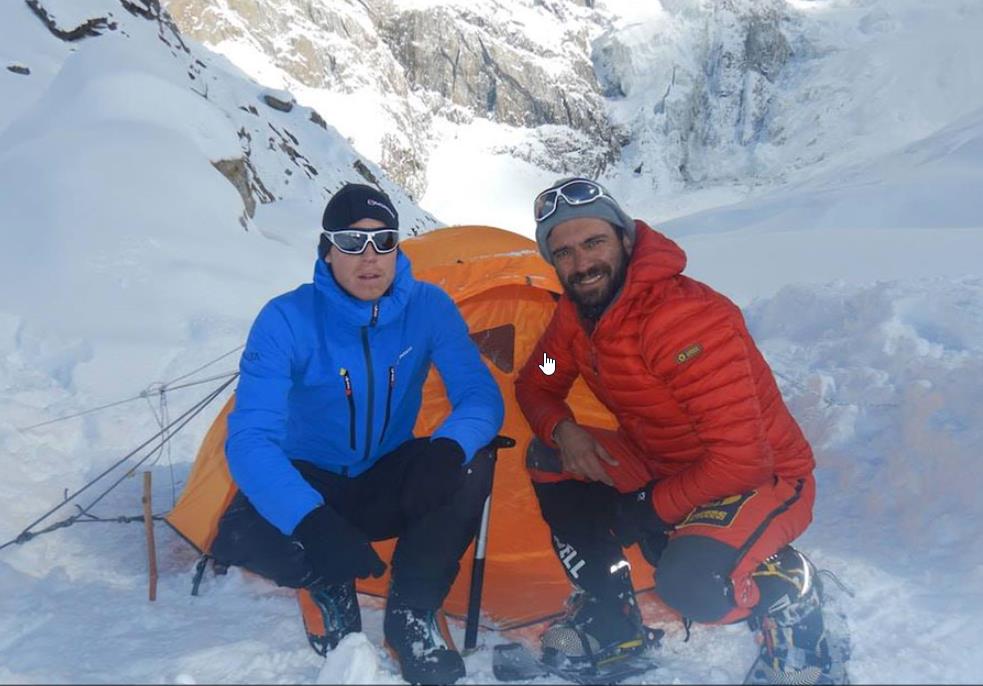 Writing on Daniel Nardi’s FB page his team posted the following comment in response to the news:

‘We're heartbroken; we inform you that the research of Daniele and Tom has ended. A part of them will always remain on the Nanga Parbat.

The big pain hurts; facing objective facts and after doing everything possible finding them, we must accept what happened.

We are grateful for Alex, Ali, Rahmat and the whole rescue team, the Pakistani and Italian authorities, the journalists, the sponsors, at least all the friends who have shown so much collaboration and generosity.’

As previously reported, Alex Txikon had been leading a search party on Nanga Parbat for the two missing climbers. On March 5th Alex and his team had climbed above Camp II but had been stopped from going any further by dangerous conditions. At this point they launched a drone to look for the missing climbers. However, a serac fell about 500 above them causing an avalanche and they had to take evasive action to escape the avalanche. During the avalanche the team unfortunately lost control of the drone. They then descended back down to Camp II and were able to recover the drone. Despite further flights they we’re able to find any sign of Ballard and Nardi although yet another serac fell reaffirming how dangerous the route on the Mummery Spur was. Subsequently that day, Txikon used a telescope to search the route from Camp I but wasn’t able to find any sign of the climbers.

On the final day of the search (March 7th) Alex Txikon once more scoured the Mummery Spur using his telescope – however, this time from a position between Base Camp and Camp I. This position enabled a different perspective and Txikon successfully located the two bodies at c.5900m. Txikon took various photos and video which shows fixed ropes, the two bodies as well as what is said to be the tent at Camp III. As both climbers appear to be roped together still, speculation is that one of the climbers had fallen - possibly as a result of an avalanche, as it appears that debris can be seen in the photographs.

The on-line reports go on to say that the rise in temperature on the mountain is resulting in multiple daily avalanches and that this would make recovering the bodies very dangerous especially as the area between Camp II and Camp III is avalanche-prone. It is further speculated that any possible recovery of the bodies would have to wait until next winter.

The search has therefore ended and those taking part have left Nanga Parbat. Alex Txikon has returned to K2 where he is understood to be deciding whether to resume or abandon his own expedition.

The climbing community, including CLIMBER magazine, have extended the family and friends of Tom Ballard and Daniele Nardi sincere condolences.