Nalle Hukkataival has just completed what is thought to be the first ever in-a-day round of the Black circuit at Cuisiniere, Fontainebleau. 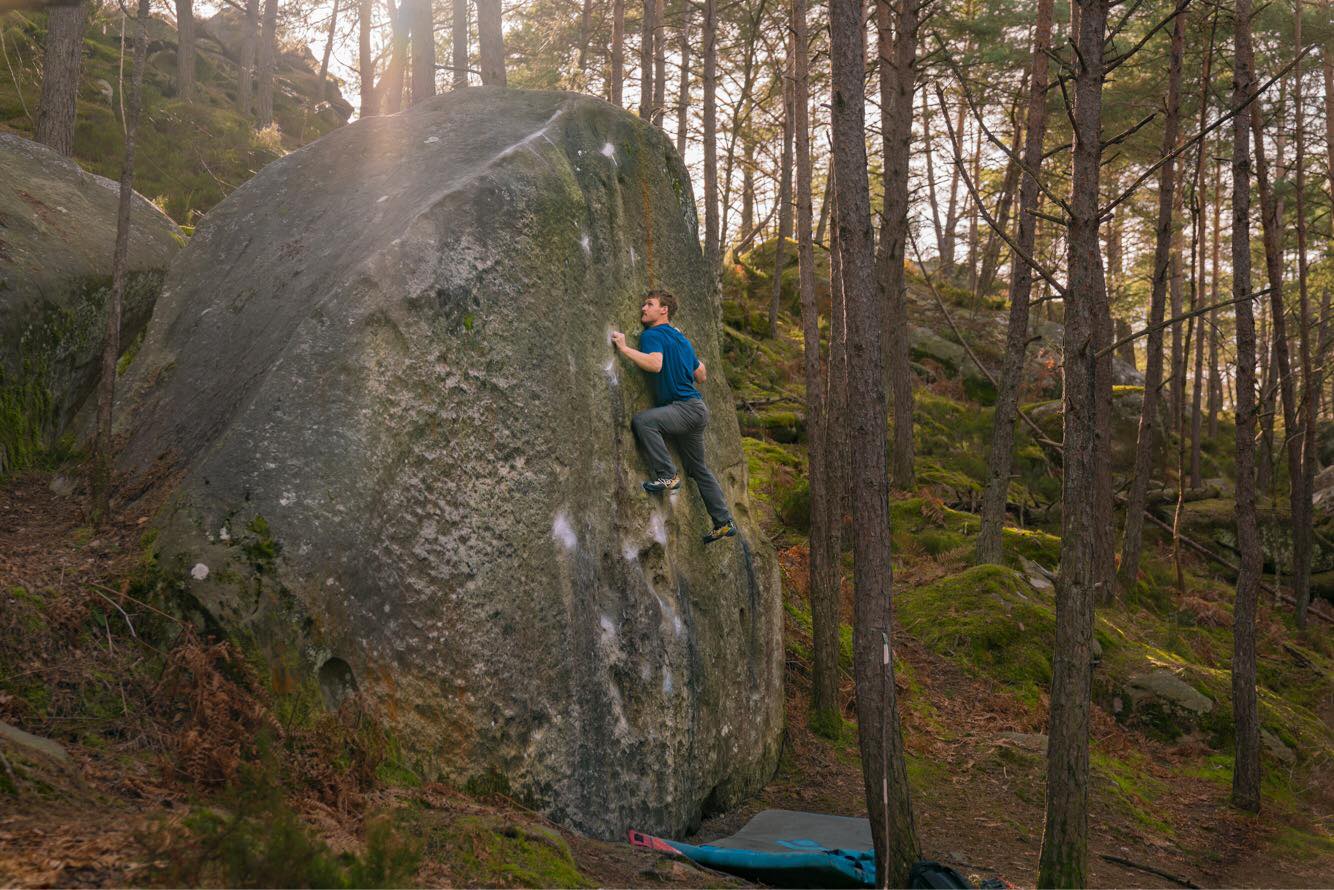 The boulders at Fontainebleau were traditionally marked-up in different coloured circuits and it’s very common to see blocmiesters completing set circuits in the forest. However, it appears that the Black Circuit – graded ED+ - at Cuisiniere has never been climbed in a day until now. It’s a well-known challenging circuit; proper tough; not least because the bloc #34 is none other than the in-famous slab Duel (Font 8a)!

Nalle Hukkataival is – quite rightly – chuffed with the enchainment. Here’s what he said on his FB post:

“I found the circuit to be a real test of climbing skill - being strong will only get you so far. The boulders range between every style testing technique above all. Crimps, slopers, slabs, aretes, dynos, highballs, mantles - you have it all. Mental strength is needed on the highballs.

The point is that in order to make it through the entire circuit you need to climb well and efficiently.

After a couple of days locating and sussing out the boulders and brushing some of the less popular ones from underneath the moss, I gave it a shot.

At 5 hours 8 minutes I got to the top of the last boulder with no skin to spare, already bleeding on the last attempt! Feels great to complete something that I remember seeing in the guidebook and laughing at because it seemed so ridiculously hard. To top it off I nearly had the 'perfect game' falling just one time on Duel.”

His conclusion; “[I] Must have learned a thing or two over the years!” seems entired justified.