The 13-year old climbing phenomenon that is Ashima Shiraishi has just repeated The Swarm V13/14 or Font 8b/8b+ in Bishop. Shiraishi’s ascent of The Swarm on Jan 1st is the first female ascent of this bloc and not surprisingly, the youngest ascent to date. 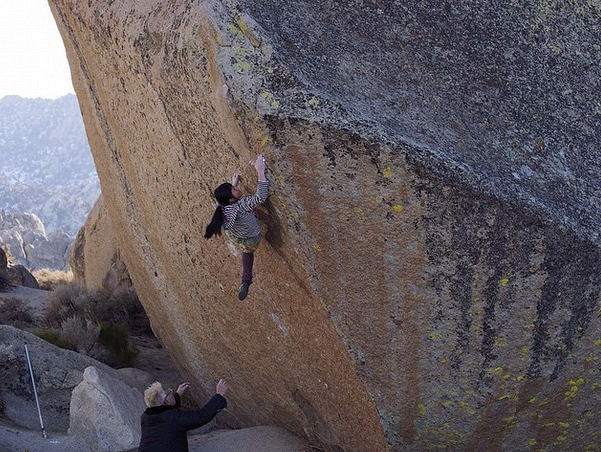 Ashima Shiraishi arrived in Bishop before Xmas with a shopping list of hard blocs that she’s quickly been working her way through. Soon after arriving she did Maze of Death (V12/Font 8a+) a Dave Graham bloc. Just after Xmas, Shiraishi did both Babeurre (V12/Font 8a+) and Blood Meridian (V13/Font 8b) in the same day! Blood Meridian is the first section of a project which Daniel Woods has previously tried. Although Woods did the ‘hard sections’, up to V13/Font 8b, the final section which is said to be V10/11 or Font 7c+ in its own right proved too much for him on that occasion. It remains to be seen whether the diminutive Ashima Shiraishi will try this link-up which will clearly be significantly harder and a truly outstanding an achievement. 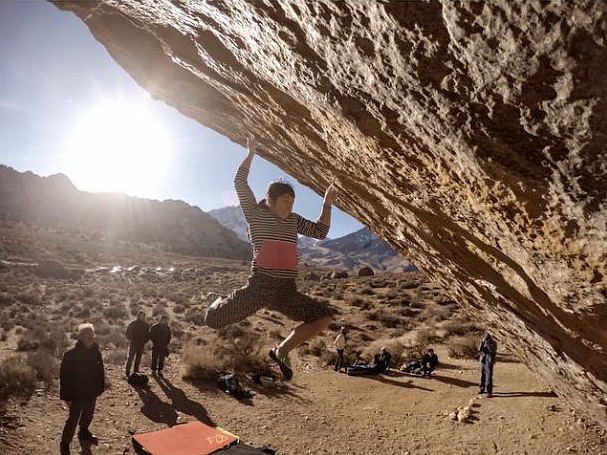 The Swarm was first climbed by Matt Birch, a long-time visitor to the area during his winter escapes from the UK. It takes a line of small crimps up the bloc and has had a dozen or so ascents settling down at V13/14 or Font 8b/8b+. 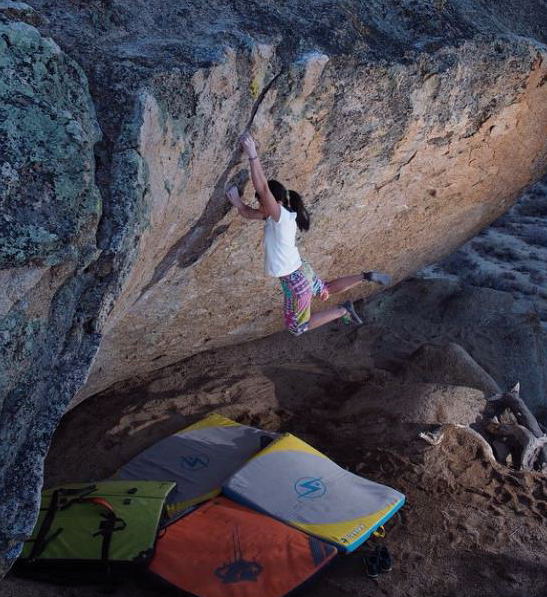 By repeating The Swarm, Shiraishi has not only achieved her 2015 goal but she continues to cement her place in the highest echelons of female bouldering.  For the record, Shiraishi did her first V13/Font 8b, Crown of Aragorn at Hueco, when she was ten! Last year she climbed Golden Shadow (V14/Font 8b+) becoming the second female to climb at that level. Ashima Shiraishi along with Shauna Coxsey, Alex Puccio and Tomok Ogawa have now all climbed V14/Font 8b+.