The annual Arco invasion where some of the best climbers on the planet flock to the small Italian town is now well underway. 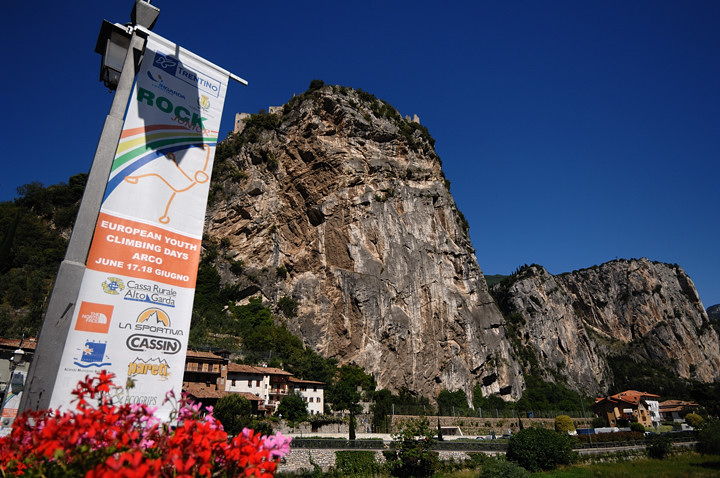 Arco has long been associated with comps. Photo Keith Sharples

Arco has long been associated with climbing and climbing competitions; the renowned Arco Rock Masters are held here annually. Located a proverbial stone’s throw from at the head of Lake Garda, Arco breaths climbing from its every pour. The first comps were held in 1985 – initially the comps were held on actual crags although that changed in 1988 when it switched to an artificial wall beneath the in-town crag known as Colodri. Since 1999 the comps have featured bouldering and speed climbing events as well as the original difficulty/lead event. The world’s youth are taking over Arco this year of the first time ever. Photo IFSC

This year the Arco event will also include – for the first time – the World IFSC Youth Championships which will run alongside the usual Arco Rock Masters and the Arco Rock Legend Awards.

Over the years there’s been some stand-out performances from the likes of Angela Eiter who won the women’s lead comp on six occasions between 2003 and 2012 just pipping Lyne Hill who won on five occasions between 1987 and 1992. Ramon Julien Puigblanque however has no less than seven lead wins to his name between 2005 and 2013. The bouldering comps haven’t seen quite the dominance from single climbers although both Anna Stohr and Kilian Fischuber have both won on three occasions apiece. And let’s not forget 2007 when our own blocmaster, Gaz Parry, won the bouldering title in 2007.

In addition to the annual climbing comp, Arco also features the Rock Legend Awards – the so-called climbing Oscars. Two awards have been made annually since 2006 for the following categories:

Adam Ondra has won the Salawa Award on no less than four occasions since 2008 easily out-gunning all other climbers.

CLIMBER will be bringing you the results as they come in so stay tuned.